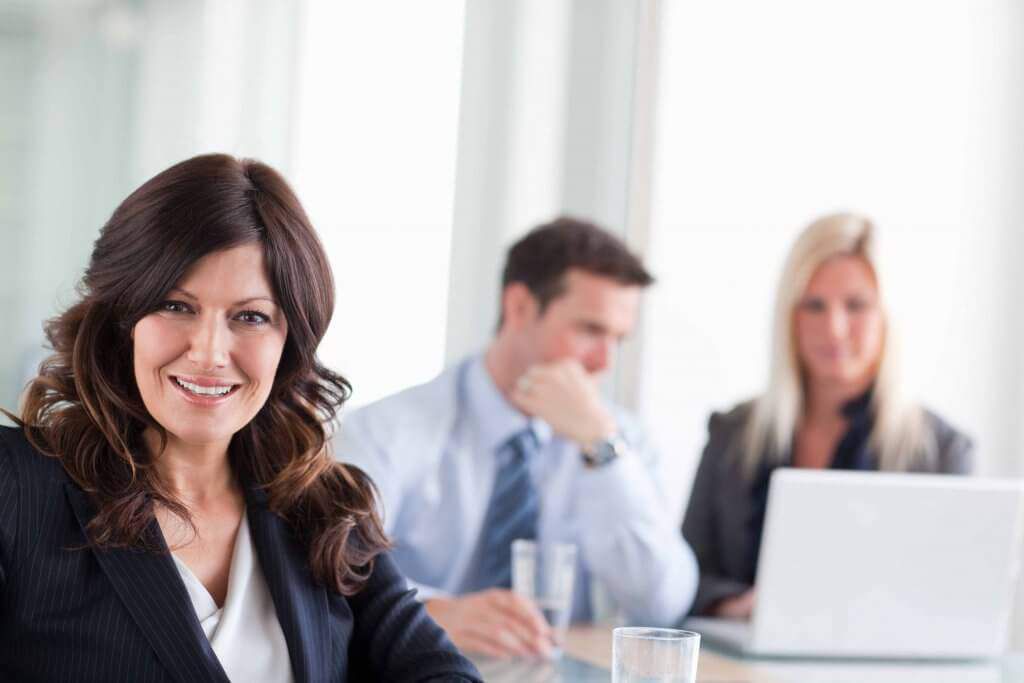 Don’t Just Grin and Bear It

Julia was a successful HR VP for more than a decade before she decided it was now or never as far as reproduction was concerned.  Her spouse was supportive, so they decided  ultimately to have two children.  She stayed home, raised them diligently until she could conscionably put them into daycare. She then dusted off her resume to return to her career track. “Don’t Just Grin and Bear It” takes a closer look at her situation.

First, rather a lot had changed in the meantime in the job market.  But more profoundly, she realized that she did not even know how to search for an adequate job any more.

The public job boards listed many interesting jobs, but, being public, they are typically swamped with applications. As a result, several have to some extent adopted computerized screening of applicants’ resumes to ease the burden of picking through the most qualified.

Julia felt increasingly nervous as the days ticked past with little or no response to her resolute applications—usually five per day.

That is no surprise to us.

Only about 15% of our clients actually land through the public job markets for exactly this reason.  Also, note that the competition for those jobs is fierce. That tends to make it an employers’ market with the resultant effect on compensation for those lucky enough to get through the screening.

Nevertheless, according to author Sheryl Sandberg’s Lean In: Women, Work and the Will to Lead, 74% of professional women do rejoin the workforce after taking time off to have families.

USA Today (March 25, 2019) highlights another interesting trend: “The best job market in half a century has been a boon for older women going back to work, typically after raising kids for nearly 20 years, and for those staying in the workforce at more advanced ages.”

These women accomplish this feat in many ways, but, most of our clients —75% in fact—find their next opportunity through the unpublished market.

For example, one recent client could not seem to get a foot in the door with CEOs in her relevant target market.  We helped her leverage her social capital. She soon discovered that her next door neighbor was extremely well connected to CEOs in the U.S. because he actually made and sold executive desks to CEOs.  Needless to say, it did not take long for her to utilize this connection. She was soon interviewing and shortly thereafter, back in the saddle, so to speak.

Whether you are a returning mother or not, everyone looking for a job needs excellent moral as well as professional support.

Here’s what one Clarity Program© client, Carol Knouse, has to say about her Barrett Group experience:

“Working with the Barrett Group was a game changer for me. It had been years since I looked for a new position and my consultant really educated me with regard to changes in the recruiting industry along with the use of social media like LinkedIn. She kept me on track and I really learned how to market myself. Anyone looking for a job or career change owes it to themselves to work with TBG!”

Don’t let “the best job market in half a century” pass you by!  Get in there and find that perfect job now.  If you don’t know where to start, consider our Clarity Program©.