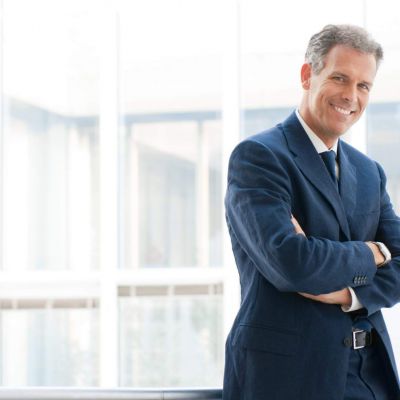 Client: In some ways, Lee Price was an untypical client. He had had two exceptionally successful careers, and he was retired when he engaged The Barrett Group.

Challenge: Lee had retired. Then Lee unretired, and that’s how he came to engage The Barrett Group to help him with his third act. The economy and job searching had changed – and he wasn’t sure how to go about it.

Process: The Barrett Group’s process of course involves all the strategies of a conventional job search, but it also involves unconventional but tried and true strategies, to get your portfolio directly into the hands of key decision makers.

Landing: “Within twelve weeks of when I signed the contract, I had three quality job offers to choose from. All involved the type of money I wanted to make and were the type of jobs I wanted. And, you know, it’s nice to be in a position where you can pick.”

Study: Why are successful executives sometimes those most in need of The Barrett Group’s services? They might have a long tenure with one company, or they might, if they do switch companies, do so because they have been recruited or poached. Such was the case with Lee Price.

In some ways, Lee was an untypical client. He had had two exceptionally successful careers, and he was retired when he engaged The Barrett Group. First, a graduate of the Naval Academy at Annapolis and the Naval War College at Newport, Lee had a distinguished career as a Navy pilot, commander, and chief of staff, overseeing pilot training at Whiting Field Naval Air Station. Next, building on his military experience, Lee had a successful second career in the private sector as a director of training for a shipbuilder in Mobile, training or testing nearly 10,000 employees.

Eventually, Lee retired. Then Lee unretired, and that’s how he came to engage The Barrett Group to help him with his third act. “Retirement didn’t turn out to be what I thought it would be. It was pretty boring. After about a month, I decided I needed a job. But the economy wasn’t great and job search had changed so much since I had last looked that I was really unsure how to do it. There were things like LinkedIn that I hadn’t considered, as us old-time Boomers had sort of got left out of that.”

Like many clients, Lee’s engaging The Barrett Group was less an impulsive affair and more a process. He shopped around, talking to several firms, before determining The Barrett Group would be the best for him. And before making it official and engaging them, he went to a career counselor and attended a career conference. “I went to that conference and determined that they weren’t looking for guys like me, that career fairs aren’t for guys with significant experience. They were looking for much younger, cheaper, newer options. So I came back, signed with The Barrett Group, and never looked back. They did everything I expected them to do—and more.”

Lee’s consultant Michael did not whisper sweet nothings to convince him to engage them. Instead, he had serious, sober, realistic conversation with Lee about expectations. “My [consultant] was the one who basically gave me the facts up front. He said, hey, it’s going to take you this long to land a job. He said it would probably take 6 to 18 months to get the type of job I wanted, at the money I wanted, and at a place I would want to be. And he said this is going to be our approach, and this is what we’re going to do. It was actually really good to talk to him about that.”

The Barrett Group’s process of course involves all the strategies of a conventional job search, including identifying attractive openings, submitting applications, and following up on applications. But it also involves unconventional but tried and true strategies, such as doing a sort of end run around HR to get your portfolio directly into the hands of key decision makers. This appealed to Lee, as he sensed the shortcomings of pursing positions through normal channels. “The HR folks are often looking for other types of talent and not the leadership stuff. They don’t really know what to look for in terms of leadership. So I think the key is to get your portfolio into the hands of the leaders of the companies.“

So, in the end, was the strategy effective? Absolutely. “It was a different experience and The Barrett Group was responsible for getting my portfolio into the hands of the right people by using their database rather than going through normal channels. And their approach works. It worked very well for me. And I’ve seen it work well for a lot of other people as well.”

Lee and The Barrett Group made a terrific team, and he landed interviews fast. “I don’t believe I heard a single question in an interview—and most were the HR sort of questions—that I had not heard or discussed with The Barrett Group.”

The early stages of The Barrett Group’s process are dedicated to laying the groundwork for success. In addition to mapping a course, they are about preparing the tools necessary for the task at hand. “After you sign, you use their system to write your letter, sharpen your resume, and hone your LinkedIn. Then, you’re ready to go, and they go in an orderly fashion. They are with you all the way, and you just do this as a process that you track. It gets results.”

The Barrett’s Group’s process is not intended to be easy—it is intended to be effective. “After I signed, I had a personal consultant Paula who led me through the process. She was knowledgeable. Outstanding even. She helped me prepare what I wanted to say and in some cases recommended that I say them a little differently. And she was always right.”

The Barrett Group has a clear, excellent process, and one of the greatest advantages of a such a process is that it encourages focus from the beginning to the end, during both highs and lows. “I knew they were knowledgeable. With their help, I knew what I was looking for. And so, I stayed focused. They not only managed expectations at the beginning, but until the very end. They pick you up when things that happen to everybody in job search happen to you.”

Despite some ups and downs, working together, Lee and The Barrett Group got spectacular results. “Within twelve weeks of when I signed the contract, I had three quality job offers to choose from. All involved the type of money I wanted to make and were the type of jobs I wanted. And, you know, it’s nice to be in a position where you can pick, after all that time.” And the positive results did not end with the end of his job search. “You know, after I accepted a position, I got several calls from HR people saying, ‘Our leadership got your resume and they asked us to give you a call to talk about where you might fit in at our company.’”

Having spent over two decades as a development and training leader, Lee has positively impacted the careers of thousands. He currently serves as the State Director for Texas, Office of Apprenticeship, US Department of Labor. And sometimes he tries to help others by passing along his perspective about job search, shaped in part by his experience with The Barrett Group. “When I talk to people who are looking, I go back to the fact that you’re going to have to be willing to participate in your own job search. You can’t expect anyone, even an exceptional, knowledgeable company like The Barrett Group, to do everything for you.”

And, just as The Barrett Group helped him navigate some rough waters, he tries to put the down times into context for others. “One of the things about job search is there are some down times. Just when you think everything is going the right way the rug gets pulled out from under you. The Barrett Group kept me up about job search. And I now tell others, ‘Hey, it’s not always as bad as it looks when you’re on the inside.’ It’s the uncertainty that kind of gets you. But things will turn out fine. And I think that they always do.”