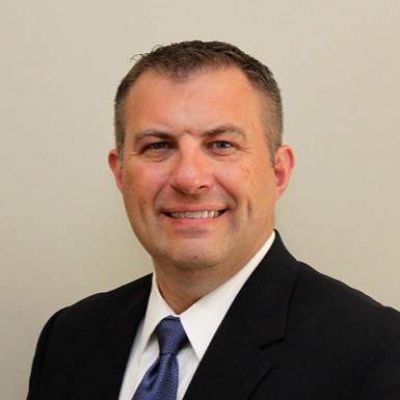 Client: Rob Szafraniec was vice president of a national supplier of industrial products and tools and general manager of one of its business divisions.

Challenge: When his company went bankrupt unexpectedly, Rob found himself cast into the employment market for the first time in over 20 years.

Process: Rob overhauled his resume, built up his network, and utilized LinkedIn Analytics as he patiently waited for the right opportunity during the Covid slowdown.

Landing: Rob landed at a company in a parallel industry as general manager of a growing division, a position that ticked every box on his wish list.

Study: As vice president of a major, Pennsylvania-based industrial MRO distributor and general manager of one of the company’s divisions, Rob Szafraniec co-managed $220 million in revenues, 350 employees, and 22 locations. Rob got his start in the industry when he joined his family’s industrial MRO distribution company in 1999. He helped run the company for 17 years until it was acquired in 2016 by a larger company, which was itself acquired two years later by an even larger company. Through both acquisitions, Rob advanced in position and was expecting to move into the C-level soon when the company suddenly fell on hard times and was forced into a rapid restructuring.

After 23 years at, essentially, the same business, Rob found himself thrust into the employment market with little idea of where to look for a new job.

“Our company hit an iceberg and it eventually shuttered,” said Rob. “I had been swept along with the evolution of this company and had never had to look for a job. I hadn’t updated my resume since 1996.”

Rob tried to reintroduce himself to modern job hunting, but he quickly realized that he needed help.

“I hit the job boards, rewrote my resume, and spruced up my LinkedIn profile, but I didn’t get anywhere,” said Rob. “I was a neophyte. I had no direction or plan.”

Somehow, Rob stumbled upon The Barrett Group (TBG) and reached out for more information. He was surprised by the cost at first, but the more he learned about the program, the more he felt it justified the investment.

“The Barrett Group promised to educate me on how to market myself. That made a lot of sense for me because I hadn’t thought about that in forever,” said Rob.

He found the Clarity Program to be among the most valuable aspects of the whole program.

“Laura and I hit it off fantastically. My sessions with her went very well – not just because she’s so good, but also because it was important for me to understand where I was in my career and in my life and where I wanted to go,” said Rob. “I learned what I liked and what I didn’t like about my previous employment, and how to develop a personal business plan. It was a powerful experience because I’d never done that before.”

One thing Rob learned is that he did not want to travel as much as he had previously done.

“Travel was impacting me more than I realized. Clarity highlighted the need to bring balance back into my life with my next job,” said Rob. “I have little kids, and these are important years. You don’t get those years back.”

In the next phase of the TBG program, Rob dove into restructuring his resume in a way that made his accomplishments shine.

“My background and skills were all there, but it wasn’t coming through on my original resume. The Barrett Group helped me immensely with that,” said Rob.

Rob also took a lot of time to understand how to do effective LinkedIn searches and use LinkedIn Analytics. He also learned how to leverage his social capital.

“The concept of networking wasn’t completely foreign to me, but TBG’s tactics really opened my eyes.” said Rob. “I had spent a lot of time building business contacts for my sales and my business, but I had never really cultivated relationships on a personal level.”

When he finally launched his job search things went well – until Covid hit. All his job opportunities in-process were put on hold.

“It was nerve-wracking,” said Rob. “I wondered if things would ever change, but I stuck to my guns to keep leveraging my social capital and job hunting.”

Rob leaned on his career consultant for support when he needed it, checked LinkedIn frequently, and kept an open mind to opportunities in industries outside his expertise. It took a while, but his patience eventually paid off.

When Rob finally landed, it was through a combination of the published market and leveraging his social capital. After playing around with his settings on LinkedIn, he noticed an interesting job post appear that previous searches had never triggered – a position for director of MRO in the machine tool industry. He researched his network on LinkedIn and discovered that someone he had once worked with over 20 years earlier was employed at the company. Rob reached out to him through LinkedIn to reconnect, then set up a call. Before long, Rob’s former colleague was walking his resume directly to the president’s office for him.

At first, the lead went nowhere. The company wasn’t hiring due to the Covid downturn. But a couple of months later the president reached out to tell Rob that they were ready to move forward. Within two weeks Rob had a fantastic job offer.

Rob’s career consultant coached him through the compensation negotiations, which yielded a package with far superior potential to his last role and a strong opportunity for advancement. Rob couldn’t be happier.

“Without question I’m happier than I was in my previous position,” said Rob. “I could see spending 15 years at this company. I’ve landed a dream come true!”
2022 © The Barrett Group | Privacy Policy (US) | Cookie Policy (US) | Disclaimer