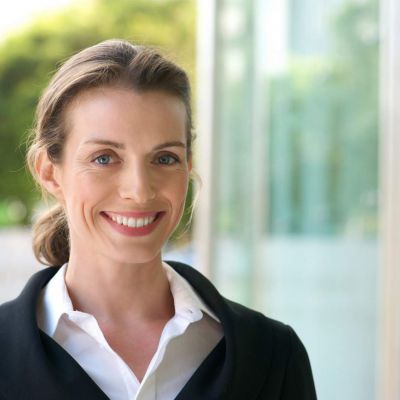 Challenge: When her superior left, she asked for a promotion to his open position. She was told something vague and discouraging, like, “You’re not quite ready.”

Process: Laura made improvements to how she presented herself to the marketplace, particularly LinkedIn, and became a dedicated and effective networker.

Landing: Laura became a director and then a global director. Her new employer allowed her to grow and, to this day, encourages her to grow.

Our client was a long-time employee of a financial institution in Silicon Valley. By any measure, her tenure was a success. She appreciated her company, and her company appreciated her. She received raises and promotions through the years. Beginning as a project manager, she was promoted to a full management position overseeing the project managers and then promoted again, this time to a senior manager position.

After becoming a senior manager, she did as she had always done—she sought out added responsibilities, something her employer no longer encouraged. And when her superior left, she asked for a promotion to his open position. She was told something vague and discouraging, like, “You’re not quite ready.” or “You’re not there quite yet.” She decided that she needed to find somewhere else to work if she was to grow, somewhere with more light and less shade. What good is the potential for growth in a place without the room or resources to grow?

Initially, our client tried to find a new position entirely on her own. It didn’t work. She decided she might need some help. Like most clients of The Barrett Group, she did not simply rush to us for help. She looked around, talking to a number of firms, and she shopped around. And only then did she decide that The Barrett Group would be the best bet for helping her unlock her value.

The Barrett Group does not sell magic. It sells a process that works. That process, especially the beginning of that process, can be difficult, as The Barrett Group and clients work, as partners, to build the foundation of a successful search. In this case, the beginning of the process was helped by something worthy of relief and elation. Our client discovered that she was not alone in her valuation of herself. In finding The Barrett Group, she found not only an ally, but a team of allies, who, unlike her current employer, agreed with her valuation and were determined to get the marketplace to recognize that valuation.

Our client went to work to prove the truth of her valuation, and The Barrett Group to prove that their encouragement of her valuation was not bluster. Together, they revised her resume and her LinkedIn profile, The Barrett Group persuading her that her LinkedIn image shouldn’t be an online version of her resume—that the two serve different purposes. And they convinced her that she had even undervalued herself in a few specific ways. For example, when accounting for her implementation experience, she should count not only her years in charge of implementation projects, but also her years working as part of implementation teams. And so, she began making subtle improvements to the way she presented herself to the marketplace.

Perhaps most importantly, The Barrett Group convinced her to become a dedicated and effective networker. They explained to her that they would be willing to network on her behalf—but only as a last resort, that for her job search to be the very best job search she needed to try networking herself. And she did. Because she engaged The Barrett Group, she networked in ways she would not have networked without them and with a previously unimaginable level of dedication, in part inspired by the financial commitment she had made to her search.

In the process, she not only became an effective networker, but a zealous convert. When she reached out to former colleagues, with the encouragement of The Barrett Group, she was pleasantly surprised. And when she contacted a former supervisor, who she hadn’t talked to in 15 years, she was also pleasantly surprised. She discovered that people were not only willing to help her, but that they were happy to help her. She had a nice lunch with her former supervisor. And, with the help of and a little bit of pushing by The Barrett Group, she discovered that networking isn’t so bad.

During her job search, her employer, perhaps sensing something, offered further evidence that it did value her, as she was offered a retention bonus. She accepted, as the bonus required her to stay with her employer until a specified date but in no way prohibited her continuing her search for a better place to grow. And she continued to search as before, with energy, intelligence, and the help of The Barrett Group.

And then, something—something so fortuitous that a reasonable person would not even dare to wish for it—happened. An offer began to materialize as the date for her retention bonus approached. One day, she received her retention bonus, having fully honored its terms. The next day, she left.

In the end, she had not only a retention bonus, but a better salary, a better title, a better employer, and, bottom line, a better job. And so, what began as a story of one manager believing in her valuation of herself, continued as a story of her finding someone else who believed in and supported that valuation. And it ended as a story of a third party, her new employer, recognizing both her present value as an executive and her growth potential. Together, the three of them, the client, The Barrett Group, and the client’s new employer, succeeded in unlocking her value.
2022 © The Barrett Group | Privacy Policy (US) | Cookie Policy (US) | Disclaimer