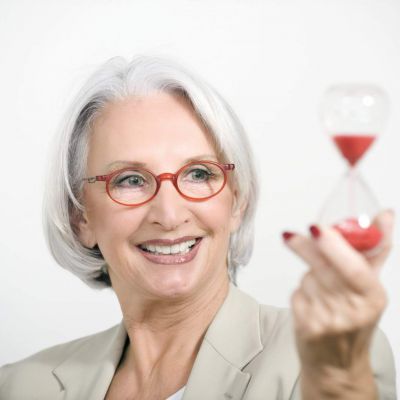 Client: Diane had a distinguished corporate career when she decided to launch into a consulting role.

Challenge: After two years in a consulting role, Diane realized that she preferred and wanted to return to a corporate environment.

Process: Focusing on tools to leverage her social capital, Diane quickly saw successes but was holding out to find the right job – when an unexpected development demanded her attention.

Landing: After an extensive assessment of an exciting opportunity, Diane found her path forward and negotiated a better salary, better perks, a better title and a sign-on bonus that more than covered her career management fees.

Study: Long before engaging The Barrett Group, Diane had an exceptionally distinguished career, working with some of the most exclusive brands in the world. She had been a senior vice president for a designer and marketer of luxury tableware and then a luxury goods corporation, serving as a chief information officer for prestigious luxury brands. Eventually, a friend of Diane’s convinced her to make a change. “A good friend of mine owned a consulting firm and was preparing for a crucial launch. He was looking for someone to handle the operations side and to actually execute the launch. I thought it would be very interesting and was excited about it.” So, Diane made a leap.

And Diane landed. “We successfully launched the product.” But like with any leap in life, it’s not just about the jump and the landing, it’s also about where exactly you find yourself in the end. “After two years in the consulting world, well, it was something that just didn’t appeal to me. I realized I was more cutout for corporate positions.” And so, Diane determined that she needed to summon up the strength and courage, and time and energy, to make another leap.

From the beginning, Diane recognized that she needed certain skills—skills that she felt she lacked. “I was all over. I was in my late fifties, and for all of my career I had never had to network or seek employment. I was always sought out or retained by search agencies or whatever. So, I really didn’t have the skills or know-how to use products like LinkedIn and those kinds of things.”

Diane recognized the true value of such skills. She did not need to be convinced that better marketing, promotion, and use of technology can determine the success or failure of a brand. “So, I started to do some research, and I looked at a few different companies. The Barrett Group was one of them, and, basically, after speaking with two other companies, I chose Barrett. I liked what they had to say. I liked the process they described. And I thought they could be beneficial, helping me seek what I wanted to do.”

Diane quickly got to work together with her consultant. “So, I became very active. On a weekly basis. I did my homework with my consultant.” First, they focused on the tools needed to promote her brand, including her resume and her LinkedIn. “Learning how to use some of the more sort of hidden or secretive features of LinkedIn was extremely helpful.” They then used those tools to promote her brand through leveraging her social capital. “I re-established contact with a lot of my former coworkers and such, which was extremely helpful. I networked with people who were peers at the time I worked with them, but who were now in executive roles like CEO.”

Diane quickly got results. “I landed an interview with a sporting goods company in New York.” But the purpose of The Barret Group is not to find a job for their clients. It is to find the right job for their clients. Diane rejected the opportunity with the complete support of her career consultant. “I ultimately decided that it was not something I was interested in, based upon their structure and things of that nature.”

And then came a twist. “In the middle of all of this my friend sold his consulting company to a firm that specialized in SAP consulting.” The new management showed they appreciated Diane and offered her a new opportunity. “They asked me if I would stay on as the VP of operations.”

Diane and The Barrett Group pivoted immediately—together and in sync. “I spoke to my consultant about it, and we looked at the pros and cons of continuing my search or moving forward with the new management.” Diane was now at least tempted to stay. “In the end, I considered a variety of factors, like some of the things that were promised to me, some of the opportunities that I would have, and the fact that I would now be part of a much larger organization with more structure. So, I decided to stay.”

Although a decision had been made, neither Diane nor her consultant lost focus. “So, my consultant at Barrett and I switched gears and she helped me negotiate the package with the new ownership. She was extremely helpful, taking me through the steps to do that successfully.”

Diane’s consultant had proved her value to Diane during the decision-making process, and she proved herself again during the negotiations process, a necessary step to making her decision a reality. “I probably would not have negotiated the salary and everything else I ended up with, you know, the perks that came with it, the terms of the contract and all those other things. I can’t thank The Barrett Group enough.”

“I had been a chief information officer. The operations officer role was something I had never really been in before. It was new and exciting, and I looked forward to it.” And, finally, like many Barrett clients, she of course had a better salary, better perks, and a better title, as well as one other outcome. “You know, I received a sign-on bonus that more than covered The Barrett Group’s fees.”

Quotes: “I have talked to many people who have been considering The Barret Group and have successfully joined the company. I would say that if you really feel you don’t have those skills, don’t try learning them on your own, because time is of the essence, because most especially because the people I do reference calls with are sort of in my same situation, a seasoned professional with a lot of younger competition.”