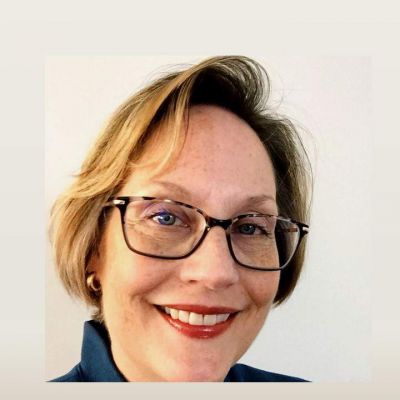 Client: Martha (Marti) Anderson was senior manager for HR Learning and Development at a large management and IT consulting firm.

Challenge: Marti’s skills were poorly employed at her firm and her efforts to advance were unsuccessful, so she sought a better job and wanted professional guidance to optimize her efforts.

Process: Marti reassessed the direction she wanted to go, maximized LinkedIn tools to job search, and utilized her career coach as a sounding board as she fielded opportunities that arose.

Landing: Marti landed as a senior consultant at a small consulting firm where her work and compensation properly reflect the value she offers the organization.

Study: As senior manager of human resources learning and development at a large management and IT consulting company, Martha (Marti) Anderson spent two years leading ethics, security, and compliance training. Although her tenure in the position was short, Marti had a long history at the company, having worked eight years at the company earlier in her career. Her second tour, however, proved to be unsatisfying. Marti found that the job she was hired to do was different from advertised and sought an internal transfer within months of starting it. She applied for a position with the firm’s leadership team and got it. Just then, however, the pandemic hit, and the firm froze all internal transfers. When it was clear that leadership was not going to honor the original transfer position, which she had competitively landed, Marti decided ten months later to apply for another position in leadership development. The second time, she did not get the position, a decision that Marti found unacceptable.

Marti resolved to find another job that would better align with her talents and ambitions. She started job searching and, this time, decided to enlist professional help.

“I was not energized about any aspect of my work. I started wondering why I had taken the role in the first place. I wanted to find a new job where I could thrive, do great work for clients, and see an impact,” said Marti. “At the same time, I also had a lot on my plate personally and professionally and wanted help. As we all know, it’s a lot of work to job search.”

Marti had never used a career coach before, but she knew others did to great success. So, why not her? She felt she’d sold herself short during her two previous job transitions and wanted to find her true value. She also wanted help reassessing which direction to go. After some research, she hired The Barrett Group (TBG) and was immediately gratified at their willingness to rearrange the standard program for her specific needs. “My experience was a little different. When I signed on with The Barrett Group I had already been looking for jobs and had an interview lined up,” said Marti. “So, before I started the Clarity Program I requested a coach to help me prepare for that interview. TBG’s responsiveness and flexibility to go out of order from their normal processes to accommodate me was great.” Soon afterwards, Marti followed up with her assigned Clarity Coach, Justin Hellman, and was equally impressed by the grounding he gave her. “All of the Clarity Program resonated with me. Doing the personality assessments and crafting a strategic plan was extremely useful in helping me articulate what opportunities would fulfill me and how I could bring value to an organization. My experience is of especial note because I have a background in leadership development coaching and am usually the person administering assessments. It was really nice to be on the receiving side of the benefits for a change.” When Marti began working with her career coach, she found the experience even more valuable. “Sue [Mitchell] taught me about LinkedIn filtering – there is so much more to it than I had realized! She also helped me improve my LinkedIn profile, how to get endorsements and recommendation stories on my page. I thought my LinkedIn profile was already good, but we definitely elevated it.” said Marti. “We did practice interviews, which were terrific. She coached me to rephrase things in a way that tied in buzz words from a job posting.” Marti was delighted with the revisions the TBG team made on her resume, too. “We restructured my resume in a way that made my top skills clear and easy to tailor to whatever job I applied for. It was an efficient way to market myself and I definitely noticed an uptick in responses to my applications afterwards,” said Marti. Above all, Marti valued the relationship she developed with Sue – who was an excellent resource on Marti’s job search journey. “Sue was phenomenal! Extremely helpful! She never led me to a decision, but it was a relief to have her there as a sounding board. I was grateful to be able to talk to her during the recruitment process for one particular role that was right in my strike zone, but my intuition was telling me that the company’s culture would not be a good fit,” said Marti. (She ultimately withdrew from the process.) After three months of constant interviewing and job searching, Marti found the opportunity that she had been looking for when she connected with a former colleague at a webinar. The colleague recommended her to a small, women-owned consulting firm that specialized in change management. Intrigued, Marti reached out directly to the CEO of the firm and was immediately struck by the achievements of the company and by the CEO’s warmth and approachability. “It was so apparent from our initial conversations that I belonged and that I could thrive. It was a place where I sensed I could feel joy and reward and know that I could add value for clients.” Within two and a half weeks, Marti was hired as a senior consultant in change management with a government contract where she could build a leadership effectiveness program directly with and for their executives. The compensation is a significant raise, and Marti was assigned to lead a 5-year federal contract in Organizational Effectiveness. “I never thought I’d want to do contract work again, but it was an easy decision to accept this job offer. I love the work I’m doing now. Within my first two weeks I designed a whole new leadership program that was approved by the CIO.” Marti says the job is a strong resume builder, too, so if she wants to jump back into a salaried position in the future, she will be able to do so at an executive level. “It was worth every penny I paid to The Barrett Group to have someone look out for me, help me with my search, and finetune what matters to me. I knew a job like this could exist and Barrett Group helped me find it.”
2022 © The Barrett Group | Privacy Policy (US) | Cookie Policy (US) | Disclaimer