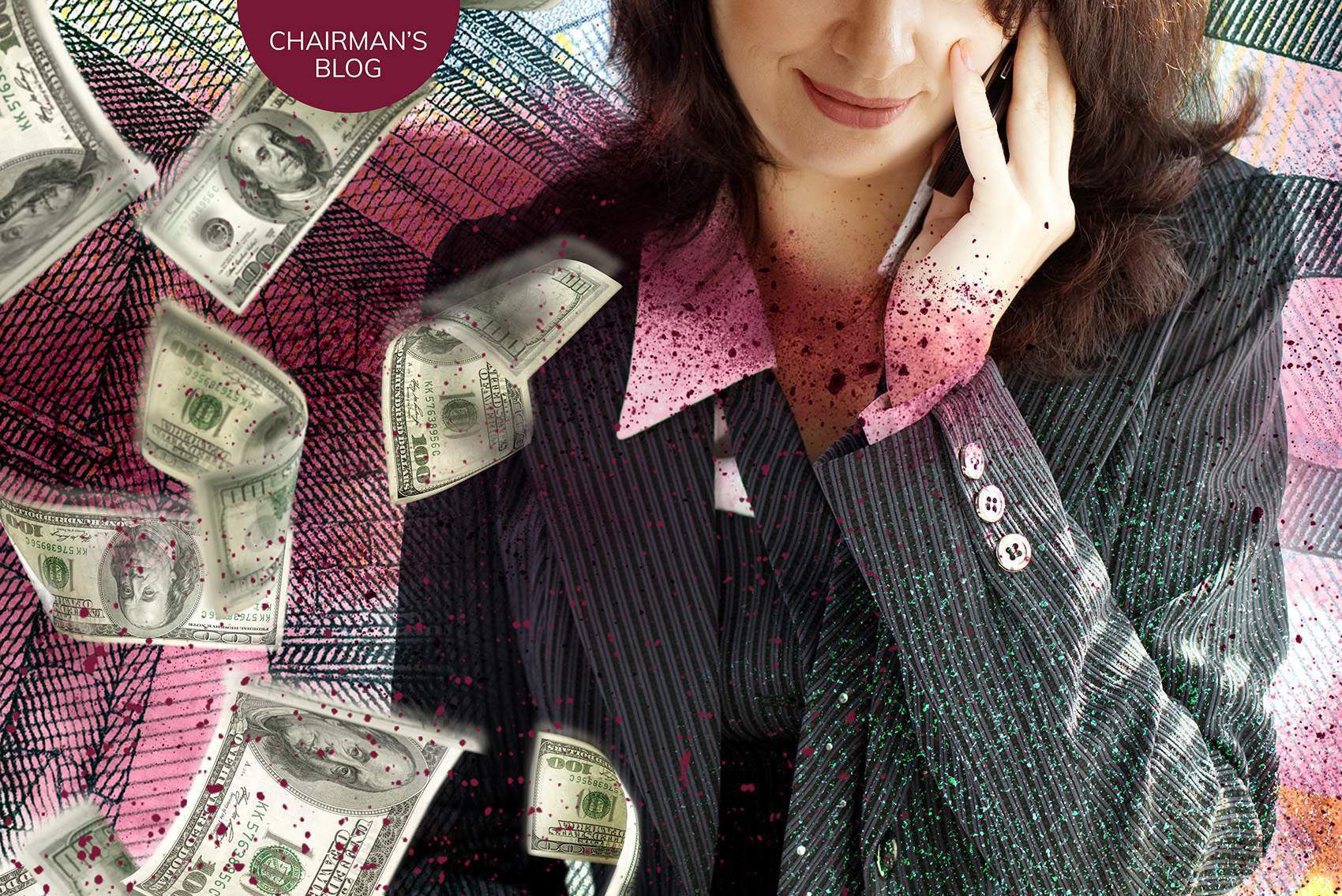 If you do not already work for a company with connections to private equity (PE) or venture capital (VC) firms, you probably will at some point before you retire. We say this because many of today’s most important firms already have PE or VC shareholders. Take the venerable example of Sequoia Capital which invested early in Apple. Today they also list companies such as Uber, Stripe, Zoom, DoorDash, Airbnb, Instagram, WhatsApp, and many, many more as portfolio companies. Beyond this, Forbes offers an intriguing list of well-known companies that are privately owned including Cargill, Koch Industries, Publix Markets, Mars, H.E.B., etc. (See source). So you may well already be working for private money.

But Our Focus Today Is On PE And VC.

So when did the rise of PE and VC companies begin? One source ties this to the development of improved financial transparency and the introduction of limited liability as a legal category in the mid-18th Century—conditions required for equity (as opposed to debt-) financing to really take off. (See source.)

Historically public companies generally dwarfed private companies on the parameter of market capitalization (the value of all publicly traded shares multiplied by the share price). Recently, though VC and PE are showing much faster growth:

About 36,000 companies in the US are VC-backed, versus nearly 16,000 PE buyout- and growth-backed organizations and 4,805 publicly listed companies, PitchBook data shows. Soaring valuations, based on higher growth expectations, also pump up the collective value of VC-backed companies. Unicorns alone are worth a combined $2.3 trillion. (PitchBook, See source.)

One source even suggests that the value of all PE/VC investments is approximately three times the value of public companies. (See source.)

Certainly, PE/VC Fundraising Has Been On A Tear Of Late:

Private equity continued to drive global growth in private markets. Fundraising rebounded across regions, and global totals fell just short of the prepandemic peak established in 2019. [Assets under management] reached an all-time high of $6.3 trillion, driven primarily by asset appreciation within portfolios. With a pooled IRR of 27 percent in 2021, private equity (PE) was once again the highest-performing private markets asset class. (See source.)

This performance was geographically broad as well. According to the same source, the growth of PE assets under management accelerated as follows: 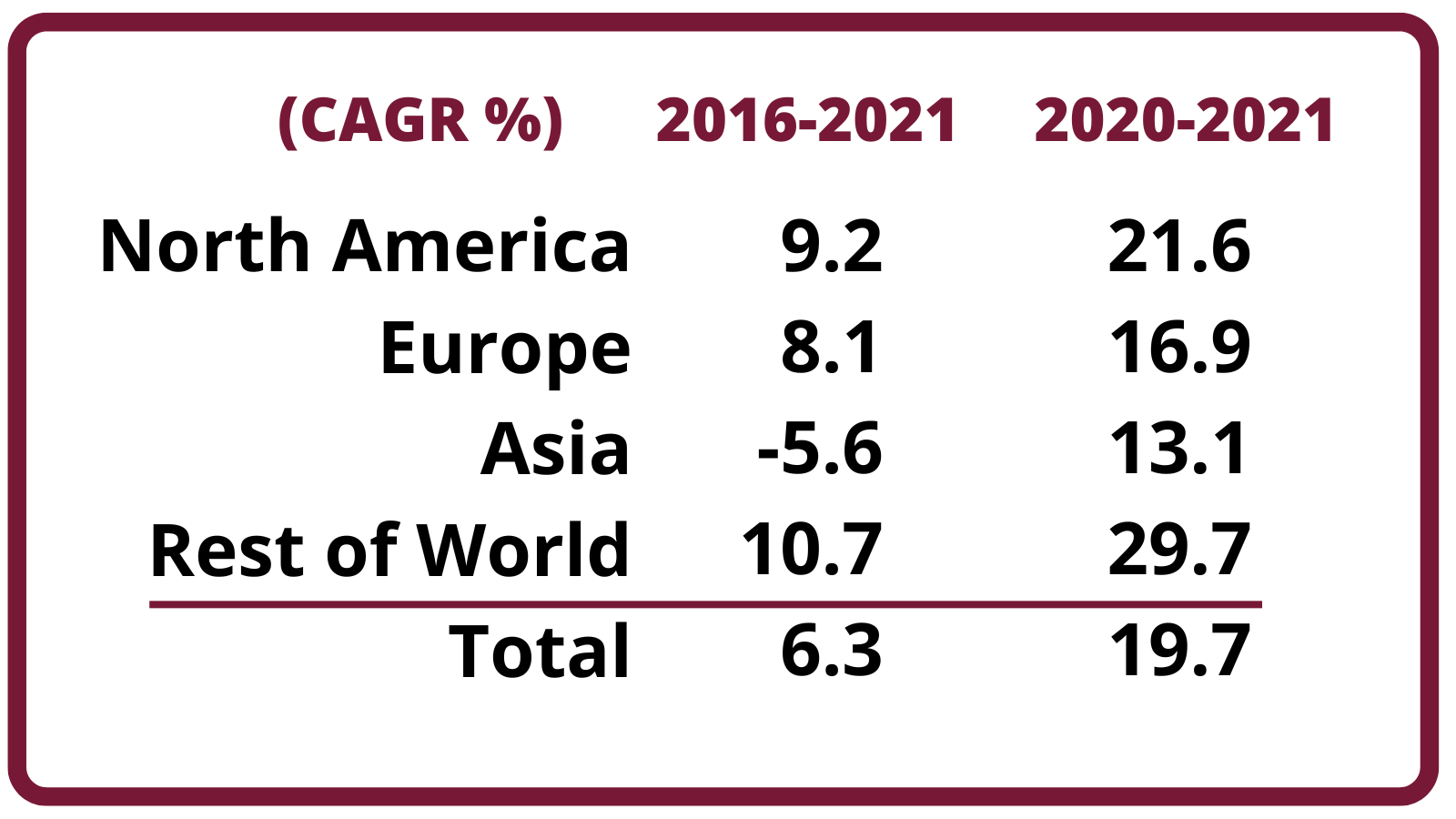 So Where Does All Of This Capital Actually Go?

One way to think about this is to reflect on the underlying strategy of the funds. Broadly speaking these approaches include Buyout, Venture, Growth, and Other (or unspecified). The allocation varies from year to year and during the business cycle, but most recently, the majority of funds flowed into Buyout, followed by Venture, and then Growth. In terms of the number of funds pursuing these various strategic options, within the context of approximately 4,200 funds, VCs outnumber all others by about two to one (circa 70%), while Growth occupies the second position at about 10%, followed by Buyout at 7%. (See source.)

Now It Is Certainly True That PE Fundraising Has Cooled Off In The Second Quarter Of 2022:

The onslaught of adverse economic headlines—inflation, rising interest rates, geopolitical turmoil, etc.—has contributed to the surge in volatility and slowdown in VC deals in 2022. During the first half of the year, global venture deal volume and average deal size (Seed through Series E) declined by ~6% YoY and ~12% YoY, respectively. While volume continued to grow during Q1 (albeit at a considerably slower pace), Q2 marked an inflection point as volume experienced a significant pullback, falling ~17% YoY. (See source.)

However, PE firms of all stripes are sitting on unprecedented cash reserves.

Although deal activity has cooled, VC has continued to attract capital this year despite negative market volatility. Globally, VC firms have raised more than $100 billion through the first half of the year, down ~10% YoY but still elevated compared to pre-pandemic levels (average of ~$75B in the 1H from 2017-2019). The influx of capital and reduced level of deal activity has led to unprecedented amounts of dry powder waiting to be deployed. As of June 2022, VC dry powder globally was more than $500 billion, which is more than double the amount exiting 2019. (See source.)

In Fact, Some In The Industry See This As The Best Time To Invest In Strategic Initiatives.

Sunita Patel of Silicon Valley Bank, for example, had these observations about the current state of play:

“From our vantage point, today’s innovative companies are in a better position to weather a slowdown than in past down cycles. First, the sector today is significantly larger — the digital economy has grown at twice the rate of the overall US economy since 2000 — and technology is embedded in everything we do. Second, record venture capital investment over the last two years has strengthened corporate balance sheets. Even with such investment, private equity and VC firms are sitting on record levels of dry powder ($269 billion through H1 2022) waiting to be deployed, and we fully expect they’ll get back to business again once there is more certainty in the market and valuations stabilize.

Make an offer to someone who previously might have been out of reach. A downturn can offer opportunities to build an even stronger team, focus on market needs and potentially create whole new categories. The 2007-2009 global downturn produced Airbnb and Uber.” (See source.)

And JP Morgan Chase Has Taken It A Step Further By Announcing Its Plans To Hire 2,000 Engineers As It Pursues The Digitization Of Processes And Other Strategic Initiatives.

Their CEO, Lori Beer, had this to say about the recent announcement:

“The move highlights that JPMorgan is “a safe place through the uncertain economic times. … When you are going into a tough economic time and things are very volatile, it does play into our favour.” (See source).

In fact, with so much cash on hand(s), PE companies will be forced to invest if they do not want to lose advantage:

“Private equity firms will continue to remain active as they seek to continue to deploy more than US$1.4[trillion] in dry powder available for new deals. While market volatility, inflationary pressures and rising interest rates are combining to make the investment landscape far more challenging than a year ago, in many instances, PE firms will look to new strategies and investment themes that provide increased resilience against a macro backdrop for which few modern playbooks exist.” (See source.)

From an industrial sector point of view “technology, health care and real estate remain active sectors, collectively accounting for nearly half of PE transactions by value [in the first half of 2022].” (See source.) Additionally, infrastructure, energy, and the environment are all receiving a significant influx of funding as we shared earlier in “New Energy for Your Life, Your Career, and the World.”

In summary, if you have not considered exploring the PE universe in your career plans, we would strongly suggest it.

The Barrett Group is the leading international career management firm, helping executive clients to clarify their career targets and then discover the position of their choice. Only a very small portion of our clients land due directly to our contacts. It is primarily our methodology—honed over the last three decades—that delivers results. Forbes has recognized us as one of the best in the business, our successfully landed clients echo that sentiment, and we are the only such firm to publish weekly results for our clients’ interviews, offers, and landings. Explore our website for more information or to move your career search into higher gear.