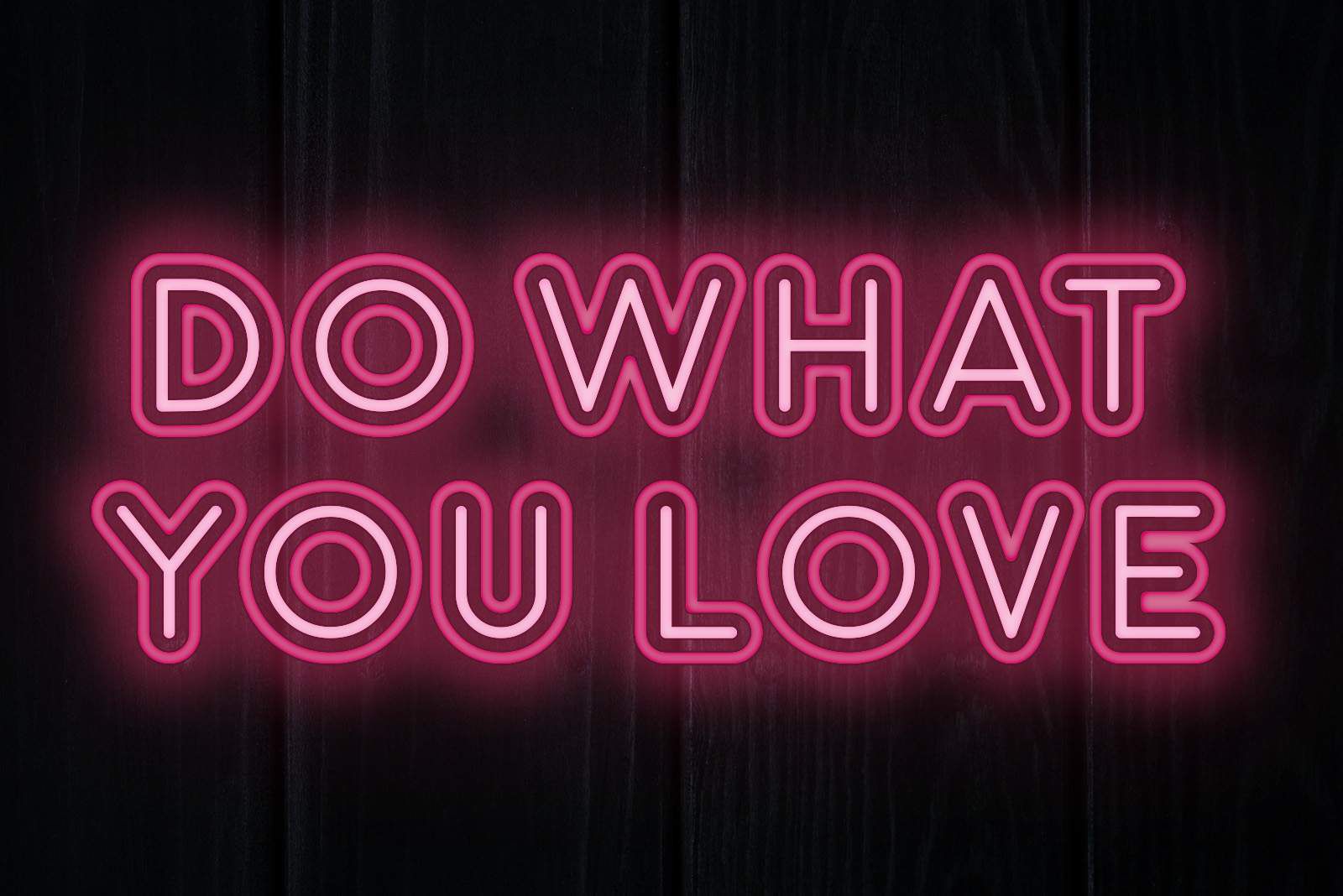 1. Waffles Natusch is proud to announce the happy landing of his client D. D. will be working for a measurement equipment company as Regional Business Development Manager. The base will be $150K with a forgiven draw against the commission for the first 6 months as he builds his production and full benefits. Nicely done, D., we’re all happy for you!

2. Jerry Fronczak’s client H. has accepted the offer from a hospitality company. Her title will be Manager, Resort Sales. Jerry clues us in: “H. followed the TBG program perfectly to land in an industry hard hit by the pandemic. UNP3 paid off!”

3. Lori Chevalier was delighted to report in about G. and C.’s landings.

-G.’s new title is Senior Manager Finance – OSC Development and Strategy. Lori elaborates: “G. is a great client! Loved the interview and compensation coaching! So well that he negotiated a contract with a previous boss until he landed his new role at a home improvement retailer! His wife and he are big into DIY projects, so this fairs well with his work and life. He wouldn’t have been able to do this without the Waffles, Rob Wicker, and Lori Chevalier Team at his side! Thanks to all who worked with G. to help him achieve his successful career change!” He landed by utilizing his UNP1 Human Capital.

-C. has accepted the offer from a foodservice company for the Vice President slot! Here are the details from Lori: “After a long career at one company, C. decided to pursue other opportunities, including Division management with P&L responsibilities, and significantly higher pay and stock/option opportunities. With the help from the Team: Lori (consulting, interviewing and offer negotiations), Waffles (on accepting an internal transition while waiting for the offer to come in), Pattie Vargas and Rob Wicker (on interviewing), and Vivek Agarwal (on the proper resignation language), C. accepted the offer!! Thank you to everyone – your contributions were invaluable and very much appreciated! :)” C.’s opportunity was discovered through a third-party recruiter.

4. R. and F. have been working with Barbara Limmer and landed this week.

-R. accepted an offer from a travel company for Product Manager, Digital Transformation. Barbara shares that “Client got an offer with a hospitality company as IT Director, with salary of $115K (up from 110K) but he’d have about an hour commute each way. He prefers his existing job, because he works remotely, but felt undervalued. When he went to resign after verbally accepting the new job, his boss said she’d ‘fight to keep him’ and within 24 hours was able to gain approval for almost a 15% raise. He decided to stay and ended up declining the new job. He is still going through our program and will still be seeking a new job but is much happier now that he is earning a more appropriate salary for his position.”

-F. landed at a large banking company and now holds the title of Vice President, Video Platforms & Operations! “F. was not able to get them to cover relo expenses (consistent with what they told him from day one) but the hiring manager is allowing him to work remotely from his current home temporarily. After negotiating with the HR recruiter and getting the comp elevated, he spoke with hiring manager about relo, and the first words he said to F. were ‘I heard you were a tough negotiator!’ (In his initial screening with HR, she said total comp wouldn’t exceed $108K, but that posting was for Senior Manager; offer came in at VP level at $140K, then he got it raised to $180K thanks to Vivek Agarwal’s expert negotiation coaching)!” This was found through a job posting.

This was from the Published Market. L. shares, “I was one of 3 finalists for the role, when I was invited for an onsite interview. The hiring manager shared that he had invited one of his former colleagues and good friends to be part of the final candidate rounds. The hiring manager informed me that I was the first of the on-sites and he simply wasn’t sure yet who the right candidate was. I followed up with thank you notes to the panel and received very positive responses from everyone. I continued to interview for other opportunities and was asked to book a time with the CEO for a final interview. The entire hiring team was on the call, and they wanted to offer me a job. They were all very excited to have me onboard.”

7. Julie Mathern shares that N. accepted a role with an investment company as Institutional Consulting Analyst. Here are the details: “N. originally interviewed for a different position, and they went with another candidate. However, they thought highly of him and asked him to interview for a different position – which he’s now accepted an offer for. He wanted to move to a larger firm with room to grow and get away from 100% commission-based compensation.”

8. George Schulz heard from his client E. about his recent landing.

“Hi George Schulz, I have started a new role in Risk Management Audit with a large banking company. I received a phone call from the Managing Director stating he needed a Liquidity and Market Risk expert, and I was recommended by a LinkedIn contact. Ironically, that Managing Director had worked for me 25 years ago! I had been doing contract consulting engagements for the past 2 years, so I am happy to be a perm employee again. Regards, E.”

1. C. told Lori Chevalier the great news: he has received the offer from the food service company for the position of Vice President! Offer is pending his acceptance. This was from a third-party recruiter.

2. Julie Mathern reports: I. turned down the offer from a convenience store company for the role of Director – Indigenous Relations. She turned it down as it was mandatory that she relocate. Vivek helped with the offer negotiation meeting, but it doesn’t work for her. Also, the focus is not her ideal role.

1. Isabelita Castilho heard back from J.: “Thank you for today’s session and guidance on my approach to the headhunter. It went unexpectedly well. She already proposed a second round with her colleague that is very close to the company/client. My financial expectations where even slightly below their budget range but I said that my compensation may vary depending on the details of the requirements. Best. J.”

2. Z. shares, “So my second interview with senior headhunter went very well. I only had 30min to convince him so I stuck to the STAR methodology…and it worked. He said that very shortly I will have the interview with the client, CEO. Thank you for your support.”

3. T. has been working with Lori Chevalier for a procurement solution specialist opportunity with a distribution company. T. was in an interview when the interviewer said, “I have to tell you that I don’t want you for this role. You’re much too talented for this role. We have a goal to double 13k employees in two years and have also acquired a few companies. We need someone like you to come in and help us at the strategy level – I’m thinking Director or VP level. I’d really like you to meet with my boss, the Chief Supply Chain Officer!” Way to go T.!

1. Barbara Limmer reports that client W. is interviewing with a mechanical engineer to open a subsidiary in the US.

2. Lori Chevalier’s clients P., D., T. all had interviews.
– P. was at a crypto-focused investment firm for Director of Client Services. “Company reached out to him for an interview.”
– D. was with a financial services company for Senior Portfolio Manager at a Private Bank / High Net Worth People $500-700 million accounts. “D. has been invited to interview 2 in a few weeks.”
– T. is at a retail company for Director of Procurement. “T. applied to this role and they contacted her for the interview.”

Is your career rewarding? Do you love what you do? Through our Clarity Program©, clients examine their life and goals. Determining what they want out of life helps their next career to be satisfying and fulfilling. If you aren’t doing what you love or need a change, contact the Barrett Group. We can help ensure you love what you do next.