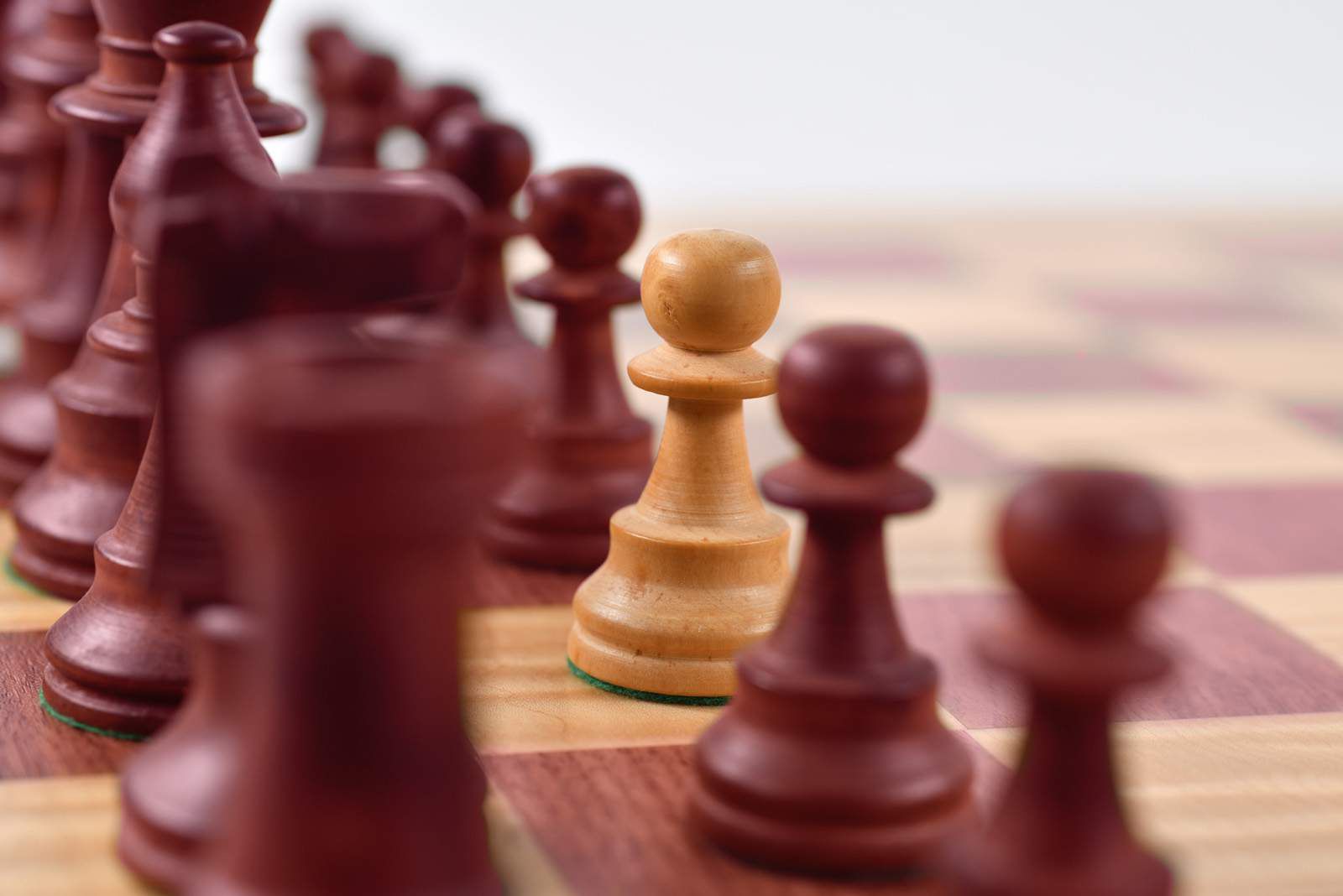 1. Jerry Fronczak’s clients D. and S. reported on their landings.
– D. has landed at a university! His new title is Director of Campus Operations.
– While S. accepted the offer from the industrial equipment supplier for the position of Vice President of Sales and Marketing! Jerry put the Compensation Foundation Spreadsheet to good use and helped S. negotiate up from $100K + $25K bonus to $110K base with no bonus cap and a relocation package.

2. Julie Mathern shared good news from C. and M.
– C. finally landed at an investment banking company! His new title is Branch Manager, SVP, he changed industries to Finance & Financial Services.
-And also M. had accepted the offer with the multinational conglomerate because he had to respond in two days. However, his current company has counteroffered, and he expects to stay where he is. His current company is based in Europe and was originally going to require he move back there in the next year. He said he wants a US contract so he can stay in the US, and they have verbally agreed to a 3-year, US contract. He’s looking to get it in writing! The multinational conglomerate job is in another part of the US and doesn’t fit what he really wants. The conglomerate offer is $300K + bonus and the title would be Senior M&A Director – Sustainability. He found the opportunity by leveraging his social capital.

3. A. was unceremoniously fired from her job, but she came up smelling like a rose!
“Hi Waffles Natusch!
The last few weeks have been incredibly crazy. However, I used all the tools previously learned through Barrett in my fast-paced search. I interviewed with 17 companies and became a final applicant with offers from 3. None were the best fit so I declined and had decided I would move back to Canada to regroup for 4/6 months.

But a new development came about, and a Canadian marine technology company offered me an outstanding opportunity to return to Canada (paid relocation) and create the plans for a new office to be opened. I signed the contract today!

I greatly appreciate the opportunity to use Barrett again the future.

4. Paula Nordhoff reports in on R.’s successful landing: “R. has landed! He has accepted a CFO position with a veterinary treatment company, where he will report to the President, who is also a former boss! This was about a four-month journey.”

1. Anne Lipsitz’s clients N., P., and H. all had offer updates to share!
– First, N. received the offer from the engineering services company, she’s starting from $180K + 12% bonus.
– Second, P. had five interviews and an offer from the software company. Has health benefits paid for! Very excited.
– Third, H. is still negotiating for a contract with an electrical components company. He is also negotiating an offer with an imaging company. He’s working to get to $75k and 15% bonus.

2. A. reported the following to Waffles:
“So I got a call from a corporate recruiter for a competitor insurance company where 2 of my friends work from my old company. They put in stellar reviews on me. They want me for same role I am in now. I earn 88k but I told them 92-95k thinking adding benefits is fair. They want to know how much it would take to win me over. By the way, their benefits package is better than my current one including a 9% match on 401(k) plan.”

1. D. is preparing for his second interview with a healthcare company for the role of Associate Counsel. He opened the door through a job posting and two social capital advocates. The CEO is interviewing D.

2. B. updates Paula on his interview process: “In good news, [the global investment fund] called yesterday apologizing and saying they were extremely impressed with my follow up materials. They fast tracked a chat with an analyst, their head of investments and then ‘hr to follow.’ I also have a second round with [the asset management company] tomorrow. In addition – making inroads with an aquaculture fund.”

3. M. provides news to Waffles. “Hi Waffles, Letting you know that I’ve now completed 6 interviews with [a consulting company] and am doing a virtual facilitation class. I’m not asking you to review given the short notice, plus it’s a class I’ve taught many times and it has been well scrutinized and proofed. I’m feeling confident about it all and looking forward to [the] 30 min session – it’s my happy place anyway. 🙂 Thank you, M.”

4. Isabelita Castilho shares that P. is interviewing with an airlines and aerospace company for the position of CFO.

5. Anne’s client C. is progressing with interviews for a new leadership role in decarbonization.
“Just finished my last interview. The outcome is that I will probably get the offer. [The first interviewer] was easy-peasy and [the second interviewer], who was supposed to be the most difficult, was short of telling me he loved me. I was very well prepared for these interviews and positioned myself as an independent thought leader on decarb even though I don’t know what I don’t know. Thank you for helping me prep and pumping me up!”
Anne replied: “I’m so proud of you! Great news!!!!”

1. Waffles’ clients X. and T. fill him in on his interview updates:
-“Hi, Waffles, I have been contacted by the HR Director at [a biopharmaceutical company] for an interview for the CEO opening! I think I have the information on how to respond to 3rd Party recruiters, but I think I need a crash course in how to respond to HR. Best wishes, X.”
-“Hi Waffles. This just in. I applied for a VP of Legal Compliance at [a nonprofit organization]. They are scheduling the interview!” -T.

2. Dan Resendes and Rob Wicker worked together to help client L. land an interview at a signature healthcare company.

3. Lori Chevalier provided updates on H., W., and L.:
-H. interviewed for an Executive Director position at a private university.
-While W. interviewed with a few different companies including a startup, print shop, B2B service, and bank.
-Additionally L. had her resume sent into an entertainment company by a friend and now has an interview for Regional IT Director.

5. A team effort between Paula, Dan, and Jayson Searle helped client R. land an interview with an online streaming service. Dan added, “I. also has more interviews due to gaining more traffic on LinkedIn. We reworked his LinkedIn profile to show metrics (appropriate for the general public to digest) and also added titles to his experience section.”

6. Paula pulled Barbara in to save the day yesterday with this brand-new client, C. He is interviewing with a health services innovation company for a C-suite position.

7. Isabelita fills us in on A. and C.:
-A. is interviewing for a CEO position at a development company.
-Similarly C. was contacted by a talent acquisition team at a multinational conglomerate company for a plant manager position.

8. Jayson’s client S. will be interviewing for a Head of Customer Experience position with an automobile group.

9. Julie keeps us in the loop on clients V. and J.:
-V. is interviewing with a marketing company for an SVP- Operational Finance position.
-As well as J. is interviewing with an investment company for Head of Global Partnerships and pulled the Client Concierge in at the last minute (interview process moving very quickly) and conducted two one-hour coaching meetings for this huge opportunity.

10. Barbara’s clients B. and E. used social capital and colleague referrals for their interviews:
-B. is interviewing with a bank after being referred to the CEO
-Not to mention E. was introduced to the hiring manager for a state job and the manager encouraged her to apply.

12. Isabelita’s client H. has an interview for a CEO position with a biotechnology company.

13. Rebeca Gelencser let us know that her client T. has an interview with an E-commerce company for a Supply Chain Director position.

1. Anne’s client V. made it LI official: her new role is with a cocktail mixer company with a celebrity owner.
V. sent Anne this email: “So now you know the celebs! Very exciting day yesterday with the launch. I made the right decision in the end, Anne. It was a journey to get there and some major back and forth decision-making in the end, but I have arrived. Thank you for being on this journey with me, I could not have navigated it all without you! 😘 much appreciation.”

-Jo Ann Moser, WOW!!!! This is probably one of the most well-written resumes I’ve had the privilege of reviewing in the past 2 months!!!

-Marissa Lessman received kudos from Dan Resendes: “Outstanding work. TYVM! And early too. You are amazing!!” Marissa has become our team “pro” at Resume Tweaks & Career Docs. Thank you for your commitment to excellence!

-Anicia Hogan- The resume was equally well done! Love the customization you made to the summary, Anicia and the questions you formed in the work history were spot on!!!

Are you ready for help in your job search? The Barrett Group can prepare you for your next career. Contact us today.