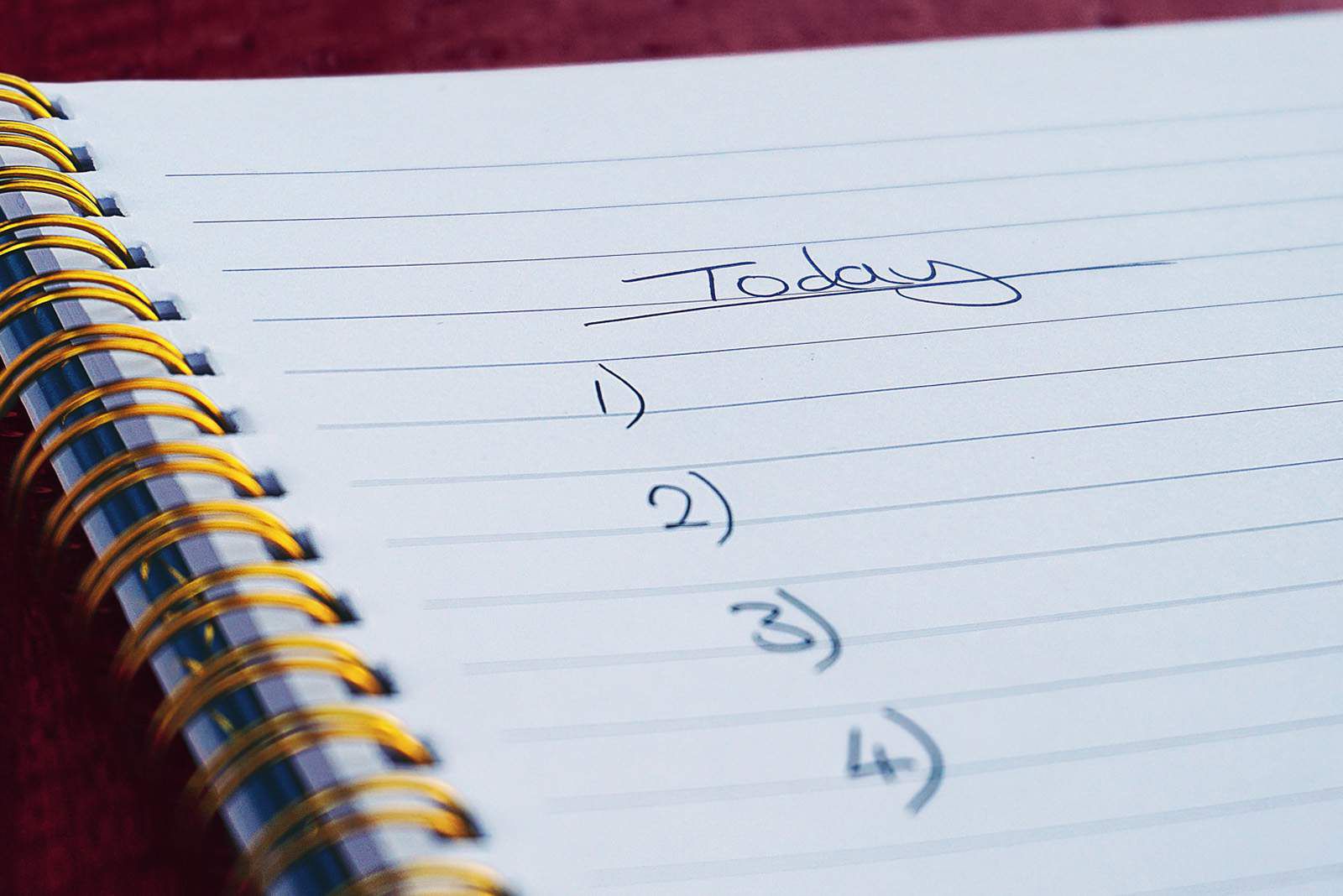 1. T. reached out to team Paula Nordhoff/Waffles Natusch: “I hope that you are both well. I have accepted a 4+ month role with [a United States bank] on their derivatives and futures team starting [this month]. This is a great brand, area of expertise and opportunity to enter the U.S. professional markets, while I continue to consider permanent roles. I am in interviews with [a cryptocurrency company] and other entities on the permanent side. I am grateful for the continued support and will keep you both updated! Best, T.”

2. Anne Lipsitz reported in about clients K., H., and N.
-Following just his second meeting with Anne, K. secured a role as CTO at an HVAC manufacturing company starting this month!
-Next, H. brought this update: “Bottom Line: it looks like I’m going to work for [the electrical component company], hopefully for the next few years (my plans are 5 years). I’ll keep you posted about contract signature and first days on the job. I’m busy learning as much as possible about the business (products, markets). Don’t forget that I have a [European] contract proposal from [this company], with a satisfactory compensation package, in my pocket since [earlier this year] – that contract needed to be translated and adapted to the labor laws. That has the advantage of allowing me to work under a valid employment contract past the age of 65.”
-And also N. has landed at an oil refining and marketing company located in Europe. The company has operations in 14 countries. This interview process started in August and progressed through four interviews, eventually culminating with a meeting with a division president. The company decided to split the role in two, added a more junior role for day-to-day. Still waiting on discretionary bonus plan.

3. A. received his promotion from a management solution company! Isabelita Castilho was so proud! “A. was promoted internally to a Chairman level of the entire group. He’s moving from the Middle East to Australia. We helped with the salary negotiation and on deciding if this was the right decision. Client will continue with us for onboarding and is benefiting from our research during this process.”

4. Paula was happy to report the news about E., who has accepted the offer from the non-profit organization! The organization really went to bat for her. $65K was the top of their range. She needs to pass her LCSW exam as well. Well-funded benefits, PTO and holidays, including early day on Fridays.

5. J. had just given his Clarity Coach Justin Hellman high marks when he saw a great job listed five minutes from his house. He applied and was hired in three days. He canceled his program an hour before his orientation with Larry DiBoni and we congratulate J. on his extremely early landing!

6. George Schulz shared O.’s note with us all:
“Writing to inform you I’m in the process of accepting an offer with [a science and technology company]. It is a consulting role working with [a government agency] on long range planning, strategy, and process for satellites under their control. The role will be remote for the next 9-12 months and then will be stationed [in the United States]. This offer ticks a lot of boxes for me, bumps my salary up by $20k per year, and gives me the ability to pivot to a new field. I appreciate all you did to help me get here and see things in a new way. Regards, O.”

1. U. reports to Mike Stromberg about his offer:
“I think a client I did a ton of work for at my firm just offered me a job! A higher up person I’ve worked with at [the insurance company] called me and told me about a job posting that he would ‘be very, very excited’ if I applied for. My sense was that I had the job if I wanted it.”

1. D. told his consultants Paula Nordhoff and Dan Resendes that his third interview with the multinational conglomerate went great thanks to their expert coaching. The company has a habit of taking their time, so he expects the offer in about a month.

2. A. had this to share with Waffles: “Hi Waffles, I had a great interview with [a HR representative from the biopharmaceutical company] about the role of CEO at [therapeutics division]. She liked my answers and has instructed her assistant to schedule follow up meetings with the Founders and others for next week. I did not discuss salary. Let’s see how things go.” A.

3. K. presents news on his interviews to Paula and Waffles: “Just wanted to update you on my interview with [the E-commerce company]. I think it went very well and it was certainly a very fluid two-way conversation. The total interview lasted for about 1hour 20min, which I was told by the interviewer is not the norm (their interviews are supposed to last 45 mins). He asked me about two principles. One was ‘Invent and Simplify’ and another was ‘Customer Obsession’. He said he genuinely enjoyed talking to me and even gave me some advice for the next interview, which was to focus a lot on metrics and data in my next round and go into the details as much as possible. [We] also spoke at length about the [company’s] culture as a whole and what some of the steep learnings were and what everyday life looked like. And he ended up saying he will be recommending me for the next round. All in all, I think it went very well!!”

4. B. is moving ahead with the banking company, Barbara Limmer is pleased to share. This would be for an Operations Executive role in the Finance & Financial Services space.

5. The Limmer/Natusch team was pleased that A. aced the screening process at a healthcare innovation company for the Solution Strategy & Growth Leader opportunity and is interviewing with the hiring manager.

6. George noted the interview progress of M.:
– Interviewed with a former colleague at a research institute for the Director of Communications position. After an informal chat he set up a more formal interview for her.
– She also saw a job posting for a Director of External Communications and PR position at a pharmaceutical company. Rather than applying online, she sent a LI message to the CEO. Shortly thereafter she was invited for an interview from HR in September. Today, she was invited for a second interview. That’s a novel approach to job postings and it worked!
– Furthermore, she had her first interview with the hiring manager for a biotech company for the role of VP, Communications and Public Relations. This interview lasted 2 ½ hours and she also met with the COO, which went well. Then she talked with the hiring manager for the 2nd time, but there is no offer yet. She is to meet with two additional executives soon.

1. Barbara had seven interview coaching meetings this week alone! Here’s one:
J. interviewed with a state government with an international opportunity. After her leveraging her social capital, she was introduced to the hiring manager for this position, who then encouraged her to apply for a job on his team, which she did. She shares, “I have a panel interview [with multiple executives within the organization]. They represent some of the partners that team will work very closely with in implementing programming to support businesses in [the state].”

2. Isabelita’s client P. interviewed at an investment company a General Manager position.
Isabelita recounts his journey: “Through a job posting, client applied for the job. He followed the instructions to connect with the talent acquisition person to gain more visibility. P. was contacted without notice over the phone and fully interviewed and already asked on the salary expectations. He used the techniques we worked on during job interviews session and was successfully informed he was selected to the next stage and that the company is in a rush. Next interview date to be confirmed.”

3. Dan’s client C. had a screening interview for the role of Investor Relations Manager with a private investment firm. He gave Dan this update: “Dan, my interview went well, the prep was helpful, I stayed on point and identified his area of concern (transitioning to a private company, etc.). CEO is doing many tasks that I can take off his plate. Expect to hear back [soon] on next steps (if any). I will keep you posted after I hear back.”

4. Rebeca Gelenscer’s client B. had two interviews this week, and Paula had four clients interview this week.

1. “Dear Beata Piskorz, Once again, I cannot thank you enough for the support and guidance. S.”

2. From E.: “Lori Chevalier, this was a great LinkedIn Analytics session. Thank you for this. I will work on all assignments this week and be ready for our next meeting. 😊”

3. Ramsey Penegar passed along some kudos to Lori Chevalier, along with the approval for Jayson Searle: “Awesome work on these – as usual!!!”

-“I’m personally very excited to have a new automation in place for assigning projects that come into the Writing Queue to a writer!! Thanks to Joe Martinez, Scott Henderson, Julie Mathern, & Dan Resendes for all their work in making my wish come true!”
-The resume team has completed 118 writing tasks/projects in the last month, 28 of them in the last 7 days, and currently has 18 in progress! This team never sleeps!
– Kudos to Ralph Libsohn for “PHENOMENAL WORK ON THESE DOCS!!!” and to Jack Harms, “great work digging into the client’s personal survey and LinkedIn profile to identify additional content to include!!”
-And thanks to Collin Wolfer, “Thank you for taking on 2 Resume Tweaks Service Requests and completing them ahead of schedule!”

Is your career path uncertain? The Barrett Group can help you with your career change. We make it our job to help you find yours. Contact us today.