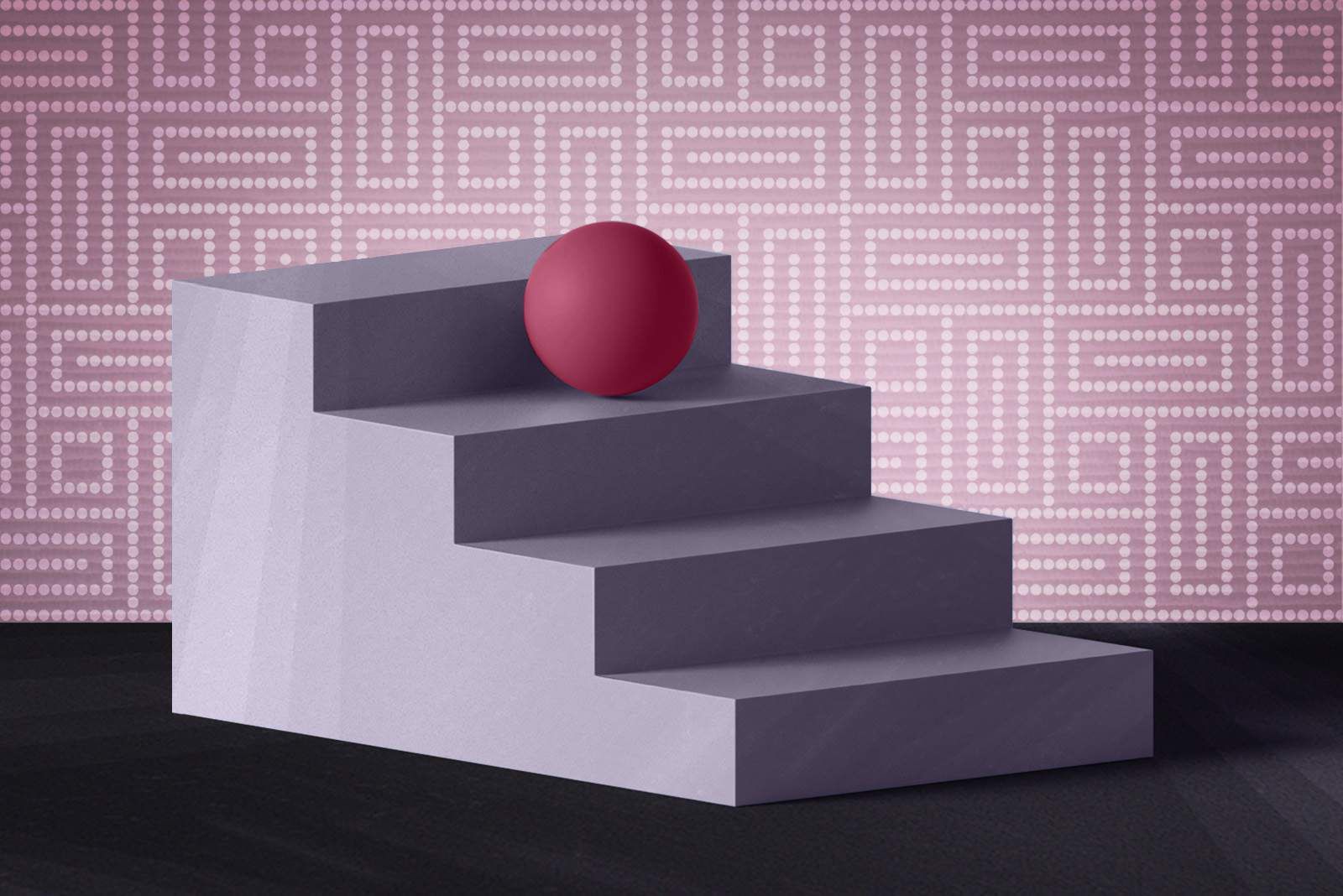 1. Isabelita Castilho is delighted to start us off this morning with the success story of her client H.! He’s staying with the Utilities, Energy, and Extraction, but he now has the title of Commercial Director, Oil & Gas – MEA. We know he employed his social capital to make this happen. Isabelita clues us in: “H. is a local Emirati client who has been in the same company for the last 30 years (promoting within the company throughout the years). He loves his job but feels it reached a plateau. He truly enjoyed the networking and social capital sessions with TBG and landed a position with a new Oil & Gas company covering the MEA markets. He’s very thankful for the learning he had with the program. Met H. in person today and got the updates. He’s a true gentleman.” Nice work, Isabelita!

2. T. landed within two weeks of his orientation with Larry DiBoni! His former title was Senior Operations Manager for a company on the East Coast. He is now West Coast Port Operations Manager for a material trading company. He’s a Transportation & Delivery guy, apparently. Base moved from $135k to initial offer of $140, landed at $145, with a $40K landing bonus. Larry helped him also negotiate more vacation days. The company has a good 401(K) and general benefits. You go, Larry!

3. Jerry Fronczak’s client D. is now Vice President, Head of Investment & Data Systems for a the holding company for a global life and health reinsurance entity! She resigned from her position of Director, Enterprise Data for the new opportunity.

4. Dan Resendes confirms that his client V. has landed.

1. Lori Chevalier just landed in the airport and is showing us around the shops, pointing out her client J.’s challenges at his new company! Working on location, the title-in-progress is either Strategy Director or Strategy Consultant. Lori tells us more: “J. met with the owner after one of his friends introduced him. The owner offered him a job ON THE SPOT!  He is currently in discussions as to what it can look like and which direction to move forward in!”

2. Patti Vargas’ patience has paid off: S. snagged the offer from a beverage company, and we’re all raising glasses over it! This is an internal transfer – S. currently works for the same firm but in a different location. “This is in line with his desire to stay in the industry but relocate to another state. We are negotiating salary and vacation.”

3. Barbara Limmer’s first string client D. scored a single! Offer is in from a financial institution, this is how he laid it out: “@Barbara Limmer good news! I did receive an offer from [the financial institution] for a VP role. $140k base and $15K bonus (dependent on performance). However,…it is based [on the East Coast], right now moving expenses would be on me.” Barbara, put on your Negotiations Shoes!

6. Paula Nordhoff’s client D. is going back on the consulting road! She got the verbal offer last week and expects the offer letter this week. Leveraged social capital and directly applied as well.

1. Debbie Brupbacher’s client J. had a successful interview with a Headhunter and will meet for an interview with the Head of Global Sales & Business Development Leader. Opportunity title is EMEA Sales Director, stationed in Switzerland.

2. A third-party recruiter reached out to Isabelita Castilho’s client V., and he requested TBG for interview prep. It seems it went well! Title is MD, Head of GTB Partnerships, Ecosystems and Data Science for a financial institution. This is his third interview.

3. to 6. Four of Barbara Limmer’s clients had these interviews:

12. Dan Resendes’ client L. interviewed at a fashion company on the East Coast for National Sales Manager. This one was sourced from a 3rd party recruiter. She already interviewed with new boss and HR:

“Good morning, Dan-
“I now have 5 other meetings set up between now and Wednesday. They are with the head designer, CFO, Global Sales Director/Operations Director, Marketing Director and the Business Associate manager. Three are in person Monday at noon, the other 2 are zoom meetings as they are in FL; Tuesday at 3 and Wednesday at 8 AM.

“As I mentioned, [the CEO] asked me what kind of compensation I was looking for and I followed your coaching exactly. The 3rd party recruiter has my salary/commission information. [She] said ‘Okay’ and ‘that it would be a nice one.’

“Last evening around 5:30, I received this from the recruiter:
Hi L., I hope this email finds you well. [The CEO] had a great call with you yesterday and she really feels you would be a great fit for the role. Now that you have more information, what would be the right offer for you to take this position?

“As I mentioned to [the CEO], with you knowing my current compensation, I am confident [that the company] can make a competitive offer knowing the skill set I am bringing to the company and one that is befitting of what the role requires.

“Dan, thank you again for your continued support. It means a lot. Thank you!”

13. Paula Nordhoff & Waffles Natusch worked with J.: “Interview went really well. Got to give some free legal advice on structuring employment contracts and gov’t cybersecurity certification requirements. 🙂 We blew through the 30 minutes too quickly and have a second 30-minute chat scheduled for Tuesday!”

1. to 3.: Three of Lori’s clients had first interviews:

12. to 19. Another one of Asli’s clients, T., has eight current opportunities:

20. & 21.: Anne Lipsitz’s client C. had two interviews. One for General Counsel for a company that is looking to go public. He has experience, salary, bonus, and equity – and would need to relocate. The other is for HR & Legal Consultant, supporting data centers.

22. Another one of Anne’s clients, D. had an interview at a fashion retailer for Vice President Sales, North America. He already met with former colleague who just started at that company as Channel Manager North America. He set up this introductory interview with their CRO.

23. Julie Mathern’s client J. worked with Vivek Agarwal as the SME on this one, and interviewed at a Midwest firm for Director, Application Development in the Finance & Financial Services industry.

28. to 30.: One of Jerry’s clients interviewed for Strategist, Renewable Development, and two for Sales Director roles.

“As a well experienced Banking executive, F. joined the Barrett Group’s career change program eight weeks ago and is presently in Phase 1. He has been diligently following the program methodology and always prompt with executing his assessments.

“He has been actively engaged with his references and social capital and one of his aspirations was to become the Regional Head of a financial institution in Asia & Middle East. F. recently obtained a referral and interview for the above opportunity to look after the firm’s operations in Asia and Middle East and he will also be the global head of the financial institution’s business.

“F. is very excited to inform that it will be a great opportunity. He will be reporting to the Global CEO of the firm, and he will also be responsible to lead the key divisions contributing a sizeable share of pretax profit. F. is a confident, matured leader and he has been provided with the required coaching for the above opportunity. He will let me know via Asana as soon as he gets the green light / a written initial offer for further discussion.”

1. Moving right along, the TBG writing team has been doing some astounding work of late. In the last week, this team has completed 43 client writing tasks with another 22 active document tasks they are currently working to complete over the next 5 days. Once again, Anicia Hogan wears the Heavyweight Championship belt with almost 21% of the workload!

“So nice to speak with you today as well and I definitely remembered your tips and used them successfully!

“My call could not have gone better.  She was so complimentary and told me how inspiring I was to her the other night.  She definitely wants to do some of the things we discussed and has already started thinking about how to implement them.  I will be meeting with 3 of the people in person on Monday, with the other calls to follow.

“I followed your lead when it came to the compensation question and she was totally good with it…she said, “don’t worry, it will be a nice one.”  She told me they are very solid, very profitable and she was very proud how they pulled through Covid.  She complimented me on how I was even working in shipping when I had to, to make sure the shipments got out; showing my dedication to the company.

“She also asked me to practice role playing. She said “you are a very valuable asset to the company and this is not going to go down well. You have a fantastic resume and have accomplished so much.” She told me that she also hopes that I plan to stay a long time, as all the employees have done so.

“What a way to end a Friday!  Thank you for all your guidance.  Hope the offer comes before you leave…prefer to do this with someone I know.

What’s the next step in your executive career search? Contacting the Barrett Group, of course! With more than 30 years of experience, we are the leading international career management company. And we have recently been recognized by Forbes as one of America’s Best Executive Recruiting Firms, 2022. When you are a client of the Barrett Group, we want you to find success and fulfillment in your career and life. Contact us today and take the next step in your career search.