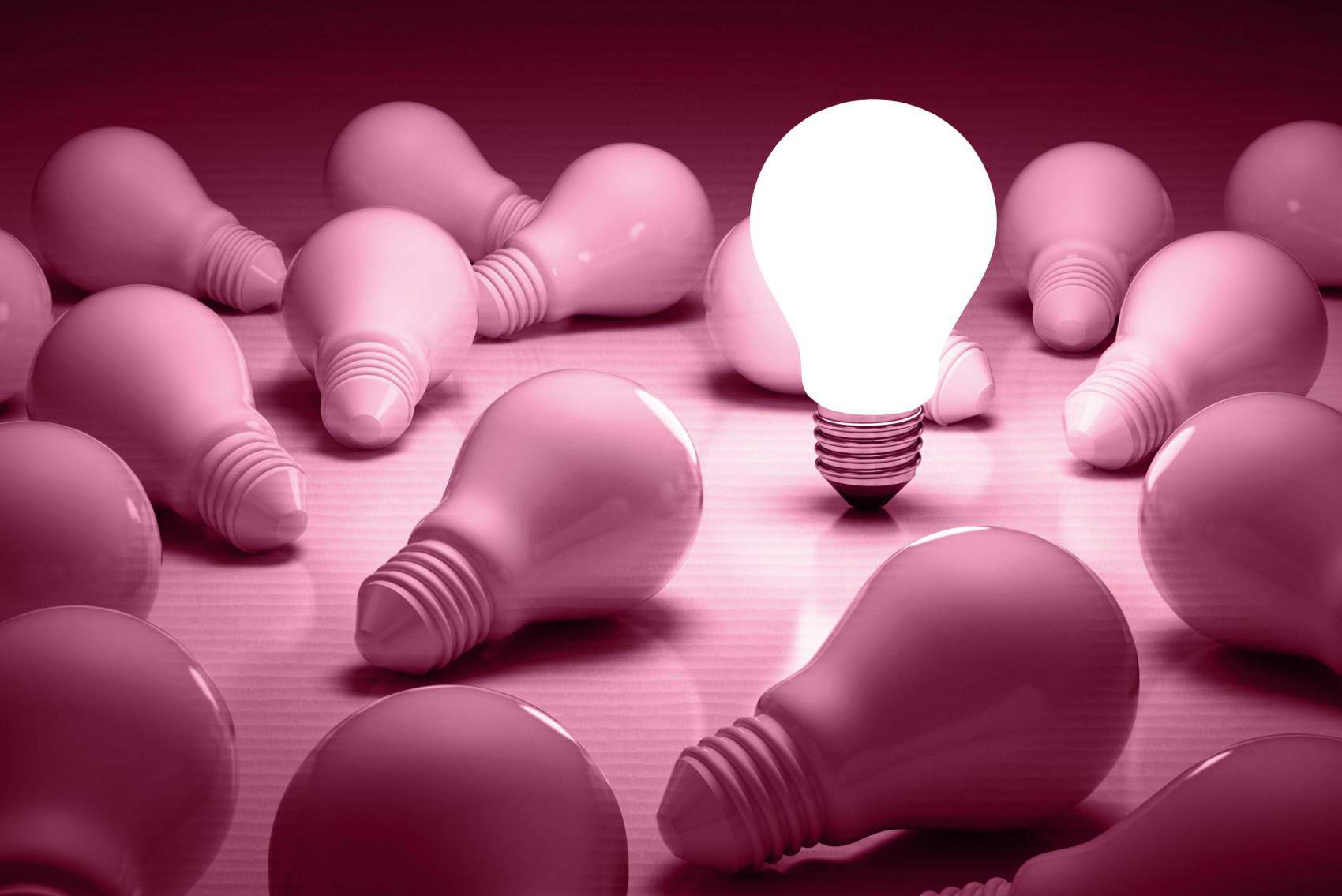 1. Lori Chevalier’s star client C. has accepted one of his many offers! Previous titles included CIO and Head of IT, he is now Vice President, Information Technology for a child safety technology company. He found the opportunity by employing his human capital. He has hopped from Manufacturing to Retail & Consumer Durables. Lori and C. sweetened the deal, from $200k + 30% bonus + $5k relo package to $210k + $60k bonus + fully paid relo package + $5k sign on bonus + Long-Term Incentive Plan 75% Euros Bonus. Lori fills us in on the details:

“Since working with TBG, he has received four offers – 3 of which he accepted! He relocated once for one company, the company sold, and he was on the job market again. He accepted another role, received yet another offer, and still yet another offer! C. has been an interviewing machine. Very proud of C.’s execution and persistence to obtain the ideal job!! Way to go C.!”

1. Before accepting the offer mentioned above, C. received an offer from a waste management company. Lori tells us: “This was C.’s third offer! It was significantly lower than his compensation targets, but he got the offer just the same. He had others in the works so he could weigh his options!

2. Paula Nordhoff’s client D. has now completed a 3-part interview process and has been told that an offer is under preparation. The role will be Program Manager with a government contractor.

3. Waffles Natusch reports from the road that J. is entertaining an offer from a third party recruiter. J.: “I should receive the formal offer today; however, in talking with the recruiter, the terms that will be forthcoming are: $175,000 base salary. 30% bonus for goals (50% person and 50% company). 80% of the 30% additional bonus for exceeding goals. $202,000 guaranteed first year. Stock appreciation after first year. 4 weeks’ vacation. Semi-remote flexibility. I have asked for an increase of the base to $185,000.”

4. Joan Sebring’s client F. got in through a job posting for a core services company. The title will be Senior Director, Contracts and Procurement. He interviewed with the VP who would be his boss and then with the Division President.

1. Asli Bilgin shares that T. is advancing at a household products company towards the Senior International Operations Manager position.

2. Paula Nordhoff’s clients B. and A. have updates.

– A. is one of 4 finalists out of a group of 64. She will be involved in 3 separate interview processes in a single day. The hiring organization is a global non-profit, and the title is COO.

3. Isabelita Castilho reports that S. has been interviewing for an Executive Director role in a healthcare system. S. reports, “Wanted to upgrade you regarding my meetings with [the healthcare company]. Yesterday, I had the meeting with the VP of the division and today with the HR responsible, I believe that both meetings were very good. At the end, to the HR responsible, I asked the mandatory question… ‘do you think that my skills and experience match the position?’ He answers that he thinks that yes, but he will have the meeting with the VP next week and she is responsible for the decision.”

4. Lori Chevalier’s clients L. and R. have interview news.
-L. is closing in on the Executive Director role at a trade association. L. had interview one and has been asked for a second interview, in person! Thanks to Pattie Vargas’ excellent interview coaching!
-R. has had five interviews with a medical/health invoicing startup. He has a sixth coming up with more of the venture partners.

1. Asli Bilgin’s client H. was at an equipment supplier for a Head of Employee Experience. This was a first interview with a 3rd Party Recruiter.

-K. interviewed with a philanthropic organization for a VP of Communications & Storytelling role from a job posting and at an automotive company for Program Director.
-W. had an interview with the CEO at a financial services company. W. was introduced by 3rd party recruiter from our earlier email program, and the role is Head of Strategy.
-V. is interviewing with the CEO at a beauty product supplier for Director of Operations.
-I. is pursuing a Senior Director Talent Management & Enterprise Learning with a real estate company.

-E. has a connection with one of the top recruiting firms. His friend reached out and identified that a church wanted to talk with him about an Executive Pastor role! They scheduled an interview with E. E. is currently working at a ministry connections firm and his bosses identified they want to speak with him about Business Development opportunities within their current firm. E. has demonstrated that he can build out the business, and has expanded the clientele, using his own social capital. Now they want to discuss advancing him.

-G. is interviewing at a video and connectivity company for a Director (or higher) role. Lori shared, “G. is actively engaging in a career change. His connection scheduled an interview with the Executive Team for this fully remote role. In our Orientation meeting, I immediately segued into Interview Prep mode to ensure G. was prepared for the conversation with interview questions and the compensation discussion! Go G.!”

-M. is interviewing at a communications company for Director of Global Real Estate Workplace.

-C. is interviewing at a home exterior product company for Vice President of Marketing. C. has begun the interview process based on a lead to the role obtained through social capital.

4. Debbie Brupbacher shares that J. is interviewing with the CFO at an aviation company for Director Finance Transformation.

5. Larry DiBoni notes that F. is interviewing for VP, Quality of Assurance, for a global fintech leader with over $9 billion in market capitalization.

6. Waffles Natusch tells us his client B. is interviewing for a VP Marketing position in the Advertising sector.

1. Marion Engelke passes along this letter from S.:

“I would like to take this opportunity to extend a positive endorsement for The Barrett Group reference their direct work with me in helping secure a recent Vice President role in a publicly traded technology company. For several months, I’ve had the distinct pleasure of their outstanding support in vetting out opportunities, and streamlining/optimizing my approach. Their tenacity and attention to detail are second to none. Further, Barrett Group’s unique ability to focus in on a best fit and filtering out what isn’t, was key to guiding me to a great opening to further build my financial security.

“Their prompt ability to accurately respond to short notice and often-critical requests has repeatedly impressed me. The Barrett Group was able to take large volumes of data, and tailor to my goals and objectives. A fantastic fit to anyone requiring a thorough, accurate, innovative, and highly dedicated team members to ascertain quality growth options. To net it out, their overall professionalism is first-class. -Cordially, S.”

“I will start with [an umbrella entity] as Learning & Development Director and even though I will not have Talent Management responsibilities, they have a strong TM team and we’ll work closely together – best of all worlds for me 😉

“I am looking forward to this new opportunity very much – it is by far the best fit of all positions for which I interviewed. It is quite similar to what I’ve had at [my previous company] with a few differences, most importantly that the Talent Management function is valued together with L&D and the team is great. I will also officially work from home, which gives me the freedom to decide where to spend each day.

“Thank you once more for your kind and wise support throughout the years (!) It was a privilege to work with and learn from you. Best, R.”

Notes from the writing team

“Thanks so much to all our writers for the hard work and talent they put into each & every document that leaves their desk! Our team, Ralph Libsohn, Aerielle Ludwig, Jo Ann Moser, Lori, Collin, Marissa Lessman, Jack Harms, Anicia Hogan, Brittany Campbell, Lora Hirschhorn, Luke Duggan, and myself are ready to serve the consultants & our clients with the best in the business. This past week, the team completed 47 total writing assignments: resumes, CVs, cover letters, career docs, tweaks, and LinkedIn experience stories! Aerielle Ludwig took over the top spot as “heavyweight champion” with nearly 24% of the writing tasks under her name. There are currently 26 more assignments in the queue for the coming week.”

Does it feel like you are in the dark when it comes to your career journey? The Barrett Group wants to help you turn on the lights! Our process begins with our Clarity Program©. We help you figure out your current goals, wants and needs for your next career. Our clients’ futures are shining bright! Contact The Barrett Group and we can help you turn on the lights to your career.