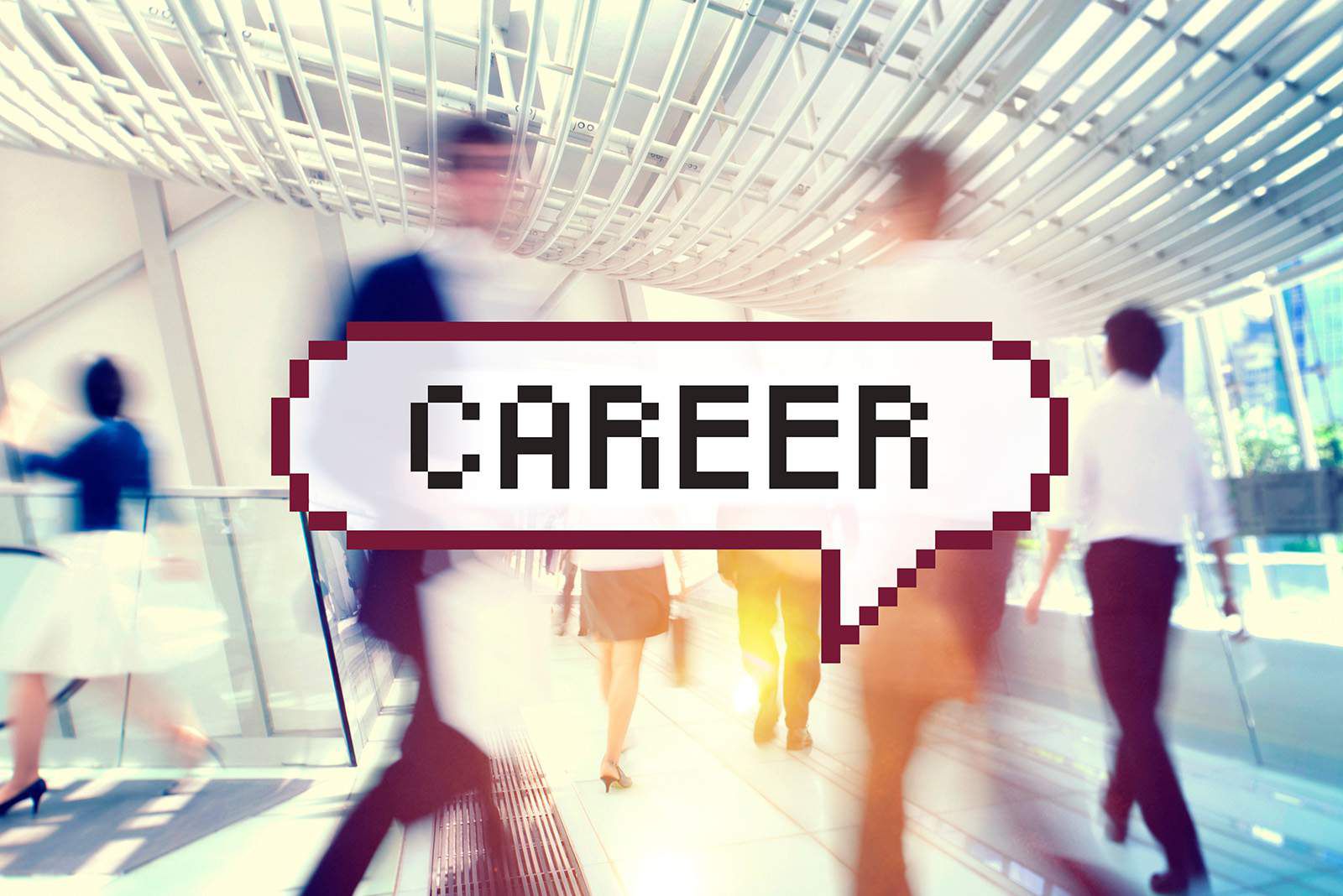 1. Barbara Limmer has a lot to report this week, including the landings of D. and C.!
-First, D.’s new title is Senior Manager II, Site Engineer – Supply Chain. This is where he had been Technical Support Manager. He closed the deal with a major discount retailer! With Barbara’s excellent tutelage, he was able to negotiate. D. went up: from 140,000 + 21 days PTO to 152,000 + 10k signing bonus + 25% bonus + $25K RSUs + 28 days PTO. He discussed the “severance/exit clause” item in our Compensation Foundation Spreadsheet©, after previous negotiations, to get comp and PTO package up (which he was successful at doing). D. is very happy with this because it will lead to a General Manager position. And it’s only 15 miles from his house.

2. Paula Nordhoff’s client A. has accepted the offer from a frozen food company. His new job as Head of Investor Relations is 100% remote! He astutely sent the leadership team examples of his analysis, research and industry expertise. And they were very impressed. The position appeared through his social capital. He was previously working for as an Equity Analyst. Comp came in at $220K plus 2 levels of incentives/benefits.

3. Asli Bilgin reports in on R. and B.
-R. was in the program with Asli for three weeks and landed! He had been a director for an automobile company. Now he will be relocating to serve as a government official. Comp weighs in at €137K with €12K relo, which was not part of the offer. R. took Asli’s advice and asked for it and they said “Sure!”
-Meanwhile, B. is now VP Worldwide Sales & Marketing for an engineering company! He was previously Director of Sales EMEA a fluid control company. B. shares, “Hi Asli Bilgin, I’m glad to let you know that I have signed up a new working contract today. I’m very happy. Thank you for your support during my active job search time.”

4. The Client Concierge was pulled in to provide interview coaching for H. while she was still in Clarity with Irina Bartlett. H. needed help to prepare for a battery of interviews with her former company, a multinational professional services company. As she began her work with Asli Bilgin, she had already started her new position as Senior Principal Consultant, same as her old title. Comp is €111,000.

5. Lori Chevalier’s client G. checks in: “I wanted to let you know that I have started my own consulting and interim company. And am working on my first assignment full-time for the next 6 months. I will be building the business and accelerating growth at a scale up company, which is backed by a private equity firm. They have disruptive technologies in lighting and want to commercialize these. So, I continued following the process and finally something came along that really makes sense. I would like to thank you for your help, support, and patience. Thank you and kind regards, G.”

6. M. was delighted to share the news with her Consultant, Julie Mathern. M. took Julie’s advice throughout the negotiation process. And the offer went from $160/hr in a strictly consulting role to $200K/year, $1600/day. It’s with the role of Interim Senior Vice President & Managing Director Americas in the Hospitals, Healthcare & Pharmaceuticals sector.

1. Lori Chevalier’s client O. is an interview machine. He has had multiple interviews and now this Phase 3 offer is one of many offers he received. He recently accepted another role but this one came in after. He’s seriously considering it as this was one of his top picks. We are meeting to discuss what this can look like. Stay tuned!

2. Isabelita Castilho’s client R. received a verbal offer to work 2 days/week. It’s with a banking as a CFO – details, pay, length of the contract will be discussed next week. R. reached out to his former boss following up on TBG’s referral assessment. R. gained the opportunity to work with the former (and now again) boss for his new company.

1. Anne Lipsitz passes along great news from P.: “Hello! Got through the group interview with [the company]. There were 8 candidates and 5 reps in the meeting. They claimed we were one of the best group of candidates in a while…but they may say that to every group. LOL… Got word tonight that I’m moving to the next round of interviews. I’ll be speaking with all the sales managers.

“[And] for the Marketing Specialist job: Had a great conversation with the recruiter. I am speaking with the Marketing Director on Monday. The range for the job was 70-90K. I shared my salary range with her as you’ve directed and she went ahead and noted my salary expectations as 90K!”

2. Barbara Limmer’s client V. progresses at the multinational technology company towards the Product Specialist for opportunity. Had previously interviewed with hiring manager. Client is currently working at the company, but this is a different area.

3. Jerry Fronczak’s client S. is moving forward with the payment card services company. It’s for the Senior Manager, Lodging Partnerships Travel & Lifestyle Services. SME Vivek Agarwal had provided the first interview coaching. Now S. has requested he stop by for the next refresher.

4. Paula Nordhoff partnered with Waffles Natusch. They are going over J.’s progress with a development division of an automobile company. J. would need to build a full local legal team from scratch for this growing conglomerate of high-tech incubators, emerging technology–autonomous vehicle R&D and smart city technologies.

1. Barbara Limmer’s clients E., K., and W. have interviews.
-E. is interviewing at a multinational conglomerate corporation for a Senior Director, Platform Delivery internal promotion opportunity. E. met with the hiring manager and HR already.
-And, K. is pursuing a Senior Manager, Inventory Management Transformation role at an apparel company.
-Also, W. is interviewing for a role in the Application Engineering Department. This is for a company in the Utilities, Energy, and Extraction sector.

-First, T. is interviewing at a software company for a Strategic Role. T. introduced himself as a networking partner to the Senior VP in Energy and Sustainability. While in the conversation, the Senior VP asked T. to send him some information on energy approaches. To which T. sent him a 2-page overview. The Senior VP was quite impressed and introduced him to the Senior Director of Strategic Alliances. This led to an exploratory interview transpiring next week. T. is also interviewing with a network company for a newly created position. T. owns his own company and is currently working there as a Management Consultant for his company. The network company would like to discuss opportunities to bring him on board full time.

-Second, C. is interviewing with a home supply company. The position is for Vice President of Marketing. While the opening is being led by a Retained Search recruiter, C. was referred to him coming out of one of his social capital building calls.

-Finally, D. is pursing a Director of Projects or Accounts with a company in the Travel, Hospitality & Leisure space.

3. George Schulz shares that client B. is interviewing at a multinational aerospace and defense technology company. The position is for Director of Business Development.

4. Anne Lipsitz notes that N. is interviewing for a Consultant-Engineering and Product Development position. Note that this is the company N. originally interviewed with for CTO role. N. is going to be a four-month consultant.

1. In his interview with Julie Norwell, Anne’s client H. has so many great things to say about TBG because, after a year of job-seeking frustrations, he saw results soon after he began working with TBG. He began connecting with more recruiters, started getting interviews with hiring managers, and, within six months, he had three job offers to choose from. Of great importance to H. was the emotional support he received.

“The efficient support I had from TBG was more on an intellectual level. They gave me the confidence to expect that, even at my age, you have the right to expect a job and if want it, you should go for it. Before I began working with The Barrett Group, I had been out of a job for ten months with nothing to show for it except frustrating experiences and a feeling that I was too old. I developed the confidence that, even at my age, I can expect great opportunities.”

2. A recent Google review from T. relays, “5 stars. Great experience. The knowledge depth of those I worked with was fantastic. My experience with The Barrett Group has been a huge education about many different industries and how to network like a pro.”

3. Isabelita Castilho received this note from V. after making him several introductions to her social capital, “Good morning Isabelita, and many thanks for your quick actions and support provided. I do appreciate. Will keep you posted with developments and also with other actions. Regards, V.”

4. Ramsey Penegar, CPRW, Personal Brand Manager & Resume Writing Team Manager shares praise for the writing team:
“What an action-packed week we’ve had in the writer’s corner! This fantastic team has completed 44 different writing tasks for our clients this week!! (Plus, another 30 assignments are active in the queue). We maintain a 100% on-time delivery rate with many writers completing & uploading way in advance of deadlines. Anicia Hogan is our ‘heavyweight champion’ of the week, personally finishing over 20% of the queue tasks!

Are you unhappy in your current career? Are you looking for more job satisfaction? Maybe a new location? Or proper compensation? Those questions and more are overwhelming when you feel alone in your career search. But when you are a client of the Barrett Group, our team is with you every step of the way. With 30 years of proven career management success, we are the leading international career management company. Make your move and contact us. We welcome you to the next step of your career journey.