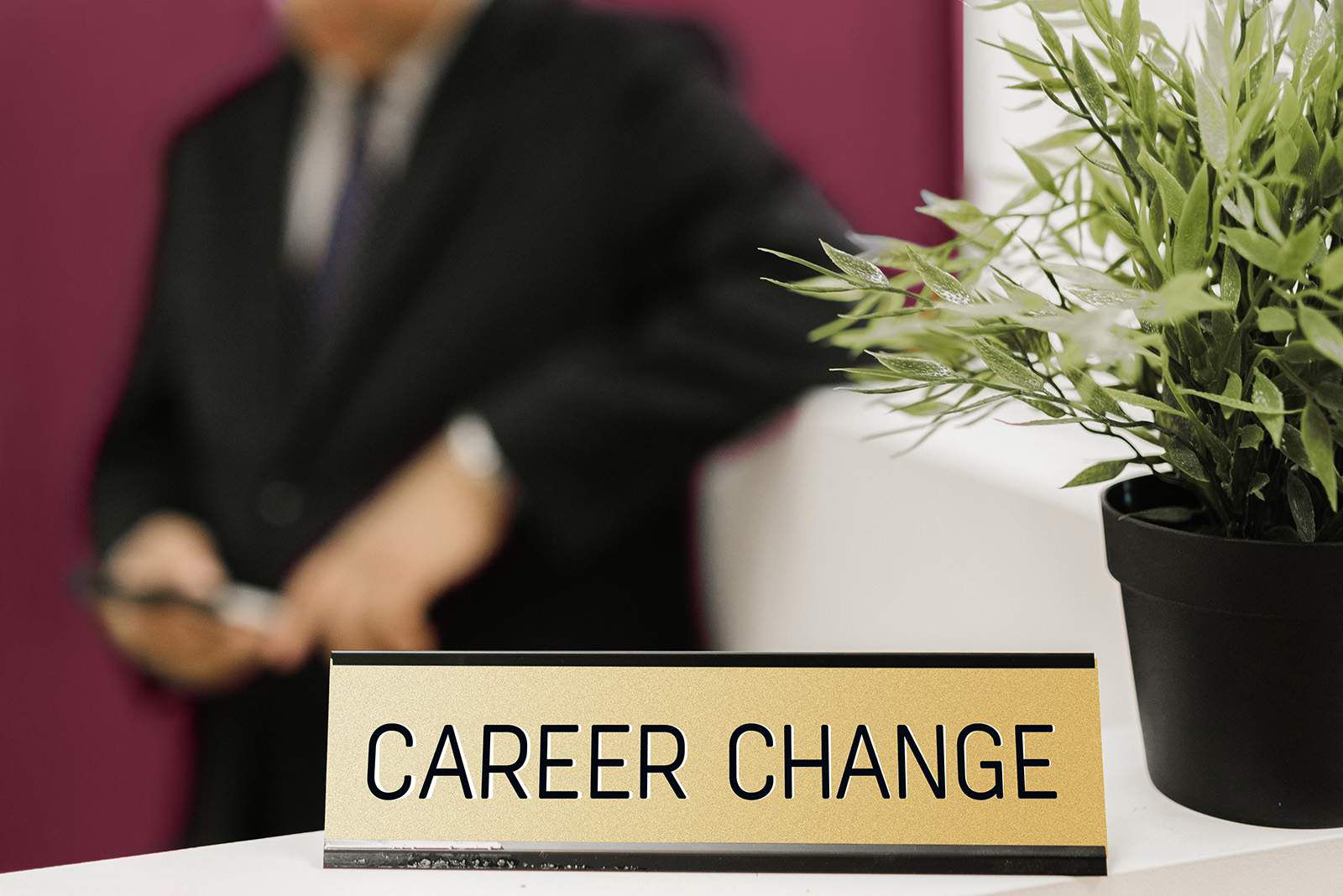 1. Rob Wicker starts us off with the good news that his client D. has landed! His old company was an insurance firm, where he served as VP, Compliance; the new deal is at a behavioral health company, and D. is General Counsel! Rob’s negotiation coaching raised the initial offer from $215,000 + $10 K relocation to $220,000 + $15k relocation. Rob puts a bow on it: “D. did a great job following the program and working his social capital and LinkedIn. He landed an interim role and now is relocating for his new job.

2. Isabelita Castilho shares the news that A. has inked the deal! She had been General Manager for a manufacturing company; the new deal is as Sales Director for an industrial engineering company. A recruiter placed her and the package is €8.5K per month + €10K annual bonus + housing for 3 months + company car and relocation provided.

Isabelita notes, “A. had a lot of good things to say about our program. She emphasized the value she received by how to respond to the recruiter’s questions, and she says the advice received was ‘vital’ for her results. A. also said that after submitting her CV to many top exec search firms following on the advice received, she was having so many calls that she had to refuse so many offers. She attributes this to our CV and coaching related to speaking to recruiters and approaching them proactively.”

3. Isabelita also informs us that H. landed in one month! He had been working for a logistics company as Vice President Legal, Regulatory and Human Resources. H. accepted the offer from a university. “Client has been invited to become the Adjunct Professor (8 week’s program) for two courses for the MBA program: 1- Managerial Counseling, 2- HR Management. He decided to accept the offer to increase his network with decision-makers attending the MBA program. $5K USD for 2-3 hours/week – duration 8 weeks.”

4. Barbara Limmer, Waffles Pi Natusch, and Pattie Vargas heard the following from K: “It’s done and the contract is signed! I am officially the CEO of [the power company]!! THANK YOU ALL for all of your help! Pattie – your advice gave me the competitive edge I needed! Barbara – you kept me focused and on track; Waffles – you were that additional mentor I needed throughout. THANK YOU AGAIN! -K.”

5. M., Julie Mathern’s client, has landed within the 3-month timeframe, nice! He had been the Director of Advocacy for a marketing agency. His new role is Chief of Staff for a non-profit and it’s remote. M. is making more money in the transition. He went from $125K to $145K. Julie pipes up: “M. landed this 3-month contract position through social capital. His friend was their Acting Chief of Staff and introduced him.” Julie showed him how to be at the right place at the right time!

1. Lori Chevalier notes that her client S. has received his offer from a human resources software company. She tells us: “This role started as a lower-level role as S. was interviewing and evolved into speaking with the Head of Strategy and the role being reconfigured based on S.’s skillset! This offer has been a few months in the making and we are currently negotiating! Stay tuned!” Vivek Agarwal is working with S. on salary package negotiations.

3. Jerry Fronczak’s client N. received his offer from a large retail company on Monday. He’s meeting with the team today clarify a few areas. All indications are the client will accept the position as compensation was/is not the main issue in acquiring a new opportunity. Client is very pleased with the company and the responsibilities.

1. Isabelita provides an update on her clients Y., V., and W.

-“I introduced Y. to the other client F. It happens that F. liked him so much that went into a formal interview with him with the consideration to hire him for his family business holdings. They had an initial phone call interview and were already scheduled to meet the president of the group next week! F. gave his best possible feedback about Y., calling him a ‘unicorn’ and is talking about either Executive Financial Advisor or CFO roles!”

-V. has had amazing activity and updates on five companies! V. is in the final stages with a major retailer. He also used social capital to reach out to his previous client who told him about an opening in his team. Two different social networks reached out to him about roles. V. is also interviewing with a local family business for a Managing Director role.

-W. has been interviewing for the COO deal at an innovative store. He has already had three meetings – one last one pending with the President. Also, a recruiter approached him for sports and fitness- board role.

2. Lori Chevalier’s client G. continues to move along inside of a software company’s interview process within the strategy department.

3. Asli Bilgin’s client C. is progressing at a biopharmaceutical company for a VP role.

4. George Schulz is the SME for Barbara’s client J., who is on his second interview with a multinational conglomerate.

5. Jerry Fronczak’s client D. is moving forward at an insurance company, where she is pursuing a role as Vice President, Head of Investments & Data Systems.

1. Rich Levy tapped the Client Concierge to give early interview coaching for his client P. in advance of her meeting with the CEO of a shipping company. She is in Clarity with her coach David Black. The coaching paid off: she’s coming back next week to flesh out the new role and timing of her exit from her current company!

-E. originally applied for a Regional Director position at a medical technology company, but they filled it already. But the VP wants to speak with her to see if she might be a fit for her team, as she is actively building it.
-O. knows the owner of an agency very well and is discussing the potential of working together in the future!
-T. is interviewing with a security technology company at for a Director of Global Real Estate Workplace job.
-L. is pursuing an executive director position in charge of institutional advancements and partnerships at a university.

-H. has a good friend who works at an AI utilities startup with long-term growth potential. He is in discussions with this company because it has upsell opportunities and he is well versed in the industry and could be an asset to the growth and profitability. H. also has a good friend who works for a sustainable energy company. He has been advertising for a Product Manager for a while, to no avail. H. reached out to him, and they talked extensively about the role and blending it together with a Business Development role, potentially creating an “unpublished market” role into the Executive space. H. is meeting with his friend again this week to further the discussions and explore what this could look like.

Lastly, H.’s old boss contacted him. The boss launched a start-up in the oil and gas industry. While H. is trying to pivot out of this space, this is also a good opportunity for him to cultivate an additional revenue stream and add it to his consulting opportunities.

3. Larry DiBoni’s client M. is interviewing at a biotechnology company for a Manager, Business Development role from a social capital contact. They wanted M. in their system so they could see what would be the best fit for him and the organization.

4. Julie Mathern reports that F. is interviewing with a software company for Director or Manager of Laser Manufacturing. The president of the company (former manager) referred him, and the interview is with VP of Engineering.

5. A. is working with the Debbie Brupbacher/Dan Resendes team and scored an interview with a consumer goods company for a Procurement Director position.

“Hello, Isabelita! I’m enjoying the first few weeks on the job and appreciate the flexibility. As promised, I’d really like to hire experienced Account Executives to sell our value proposition. These are individual contributor roles and remote working. The company is growing at 50% YOY and today, the majority of leads are inbound. Having said that, I want experienced sales reps who know how to build their own pipelines. If you have any clients that you think might be a good fit, please send them my way. -B.”

News from the Writing Team

1. Your Resume Writing team completed 35 projects in the past week with 28 additional tasks in queue at time of reporting. Jo Ann Moser and Aerielle Ludwig share the week’s “heavyweight champion” belt, carrying over 34% of the assignments together.

4. Lora Hirschhorn has completed her training and her first LinkedIn Experience writing assignment. This team continues to finesse their skills to deliver the very best in writing, quality, and service to our internal clients.

Are you unhappy in your current career? Do all signs point to the need to change positions, locations, or even industries? When you are unclear about how to get started in the next phase of your career, The Barrett Group can help. Contact us today. We are career change experts!