How to Face the Dread of Networking 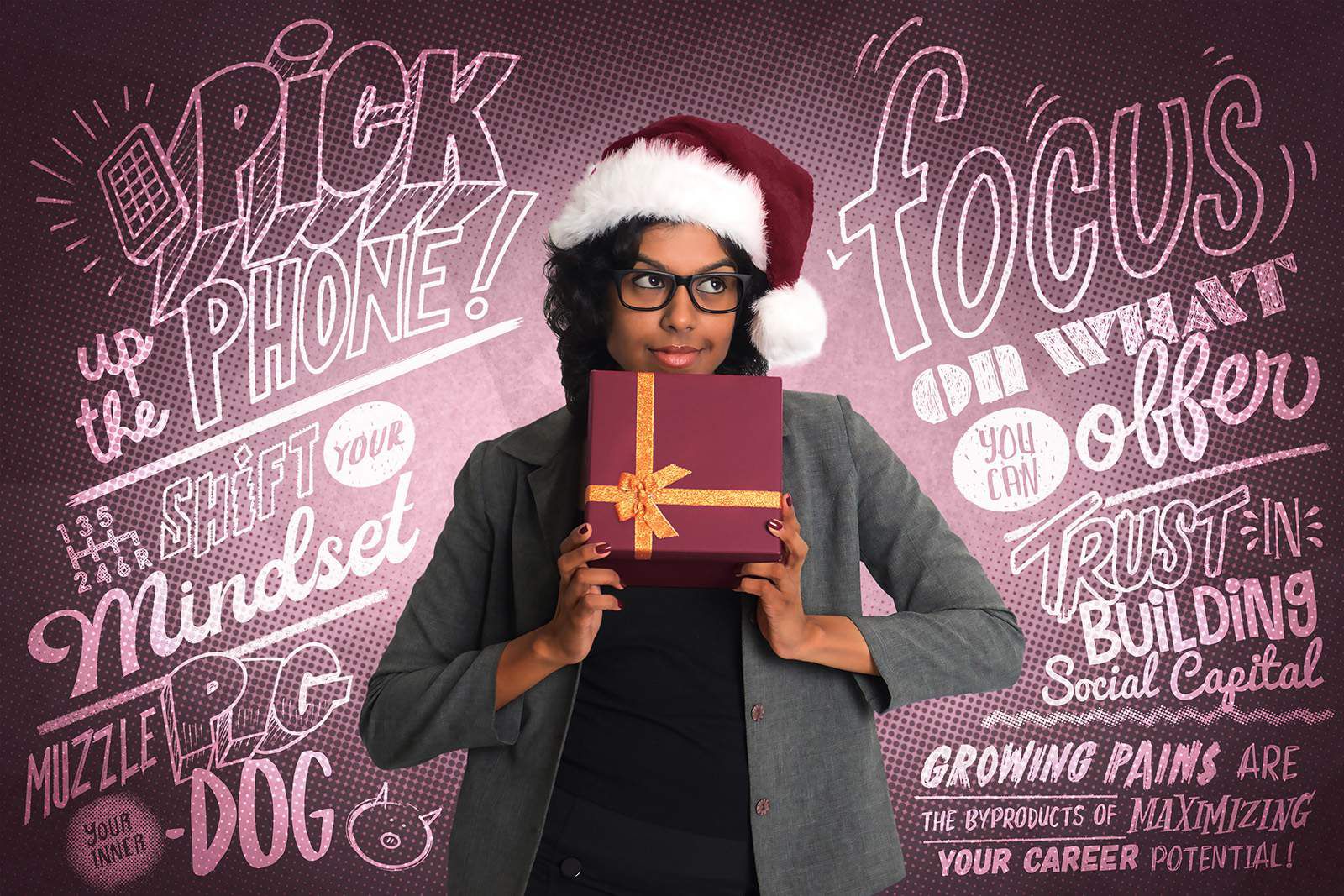 (And What the Heck is Social Capital?)

For five years, Lisa managed the operations and facilities of the Kansas City legal office of an international law firm as well as a second office that housed the firm’s entire back-office support. She loved her job but, for family reasons, needed to relocate to the Northeast. After three months of job searching, however, she had little success, so she hired a career management firm to help. The career consultant walked Lisa through many elements of the program. One area that proved an enormous challenge to Lisa was leveraging her network.

“For me, that was the hardest task,” said Lisa. “Julie, my career consultant, told me to call this person and that person. She coached me to ask them for advice, not a job. I’m not shy, but I thought it was all nonsense. I didn’t think networking would work.”

Lisa resisted, but her consultant insisted, explaining that cultivating relationships is how most senior-level jobs are found. Reluctantly, Lisa started reaching out to people she knew, talking to them, and adding them to her LinkedIn connections. Before long, she was convinced.

“In the beginning, I kept fighting it. When I finally just followed the program and did what I was asked to do, though, it worked!” said Lisa.

Lisa saw an ad for an executive director at a law firm in Massachusetts. She didn’t have all the required qualifications. But she had two solid connections to the firm in her network who put in a good word for her.

“Those connections helped me get the job,” said Lisa, frankly.

Lisa’s anxiety about networking is surprisingly common. Few are those who don’t dread it…even when they know it will help their career. Why? Because there is a right and a wrong approach to networking. The right one makes all the difference, and it starts with nixing the term “networking” for another: Social capital.

There are two fascinating studies that convey volumes about the apprehension people have about initiating social interactions. The first is a collaboration of three professors of organizational behavior from three different universities. Maryam Kouchaki of Northwestern University, Francesca Gino of Harvard University, and Tiziana Casciaro of the University of Toronto found that seeking out professional connections leaves people feeling morally dirty.

In their study, entitled The Contaminating Effects of Building Instrumental Ties: How Networking Can Make Us Feel Dirty, when people engaged in a networking task that they felt was self-serving, they were more inclined to recall terms related to cleanliness, like “soap,” “shower,” and “wash.” Feeling that it is self-serving made them engage less in networking, too, which reflected negatively on their work performance. Lawyers who were averse to networking, for example, produced fewer billable hours than those who were not bothered by it.

Interestingly, however, the higher up the corporate ladder people were, the less dirty networking made them feel. Professional power, the researchers conclude, eases the angst of networking. Networking, it seems, feels less self-serving when you have professional resources of your own to offer others.

To overcome the discomfort of networking, therefore, co-author Gino offers some advice. She said, “If you focus on what you can offer to the relationship, it might be an important mindset to have, and remove some of those feelings of inauthenticity.” Co-author Kouchaki adds, “Think about networking as an opportunity rather than a burden.”

In other words, regard networking not as a means of soliciting people for something but as a means of learning or helping others. If you do, you’re more likely to do it, enjoy it, and see productive benefits from it.

Your Most Underutilized Asset

Social capital is built on trust, high regard, and reciprocation. Have you ever asked a neighbor to water your plants while you’re away? If so, you trusted them to be in your house and take good care of your plants. And, naturally, you would expect to return the favor at some point.

Instead of watering plants, you might also send a gift basket or offer to pick something up at the store. Of course, if you’re a good neighbor, you would make these gestures anyway. You’d find ways to give to the relationship to maintain good will. That is how people nurture their social capital.

The same concept is true in your professional life. Offering your skills or your connections to others regularly is an excellent practice. That’s true regardless of whether you want something from them. Doing so offers multiple benefits. It enriches your relationships, it makes you and others feel good, and it increases the value of your social capital. You may never need to tap into that social capital. But, if you’ve been nurturing it all along, it will be easier to do when you want to.

If you’re not in the habit of cultivating social capital, it may be daunting to get started. That’s perfectly normal. No one wants to come across as hat-in-hand when approaching their contacts. It takes practice to reach out to people and offer to give to that relationship without feeling like you have an ulterior motive. Enjoying it is even harder.

Until you get used to it, you might feel awkward like Elizabeth, who said, “It was challenging to reach out to people because I didn’t think they would want to talk to me.”

You might think you don’t have the capacity to do it, like Lawrence. He insisted, “I’m very introverted and it’s hard for me to reach out to people – even former acquaintances. I needed someone to help me step out of my comfort zone.”

Ahh, yes, comfort zones! We know implicitly that exploring outside our comfort zone creates new opportunities. But it’s stressful! It requires discipline to pass up the easy path, even when you know the hard path is the right one.

The Germans have an expression for that. Innere Schweinehund – “inner pig-dog” in English – is a term that describes one’s weaker nature. It’s that little voice inside your head that persuades you to settle into your sofa instead of mustering the energy to do something more productive.

Career-wise, your innere schweinehund impedes you in doing things to advance your professional agenda and achieve your true potential. If you have an inner pig-dog that is keeping you from build social capital, it’s time to muzzle it!

The good news about building social capital is that it’s easier than you think it will be. This point brings us to a second (and a third!) fascinating study. Earlier this year New York Times columnist, David Brooks, wrote about the research of behavioral scientist, Nicholas Epley. Epley discovered that one reason people are reluctant to talk to strangers is they think it’ll be awkward and dull. So, he and his team spent years researching whether that expectation is true.

Our misperceptions hinge on fears about our competence. But people care more about our warmth in social exchanges, and the fact that we’ve extended ourselves. In social and in professional life, such moments add more value to our relationships than we expect.

Furthermore, they are way more enjoyable than we expect. Lynn, for example, said life got so busy that she never made time to touch base with people in her network until a career coach told her to do it. She was surprised by the pleasure it gave her.

“I hated the idea of reaching out to people. It’s so funny how the things you hate turn out to be the best parts,” Lynn said. “Reconnecting with people I hadn’t talked to in a while and rebuilding our relationship was great. And people were happy to give me their time.”

The Season of Giving

The way to avoid the dread of networking, then, is to forget about networking. Networking is akin to reaching out to see what’s in it for you. Building social capital, on the other hand, is reaching out to see what you can do for others. Instead of taking from a relationship, you are giving to it. And the fun irony is that, invariably, this practice ends up benefitting us later in completely unexpected ways. Why? Because, when you are in someone’s good graces and top-of-mind in their thoughts, you are the person they think of when they spot a good opportunity.

If you’re transitioning careers and nervous about building social capital, the end-of-year holiday period is an excellent time to start. For several reasons: First, it is a far better time to job hunt than people think. Hiring managers are often keen to hire before end-of-year so they can plan their budgets for the new year. Second, it is a time of year when we commonly reassess our lives and career as well as a time to reconnect with people. So, reaching out to others to catch up and explore opportunities will seem completely normal to them. Third, it is the season of giving, so asking what you can do for them will be well-received.

Building social capital may seem nerve-wracking at first, but, with practice, it will provide you with more control over your life and career. Far from dreading it, you will love it!

Read next: How Can You Endure Unsustainable Work? And Should You?