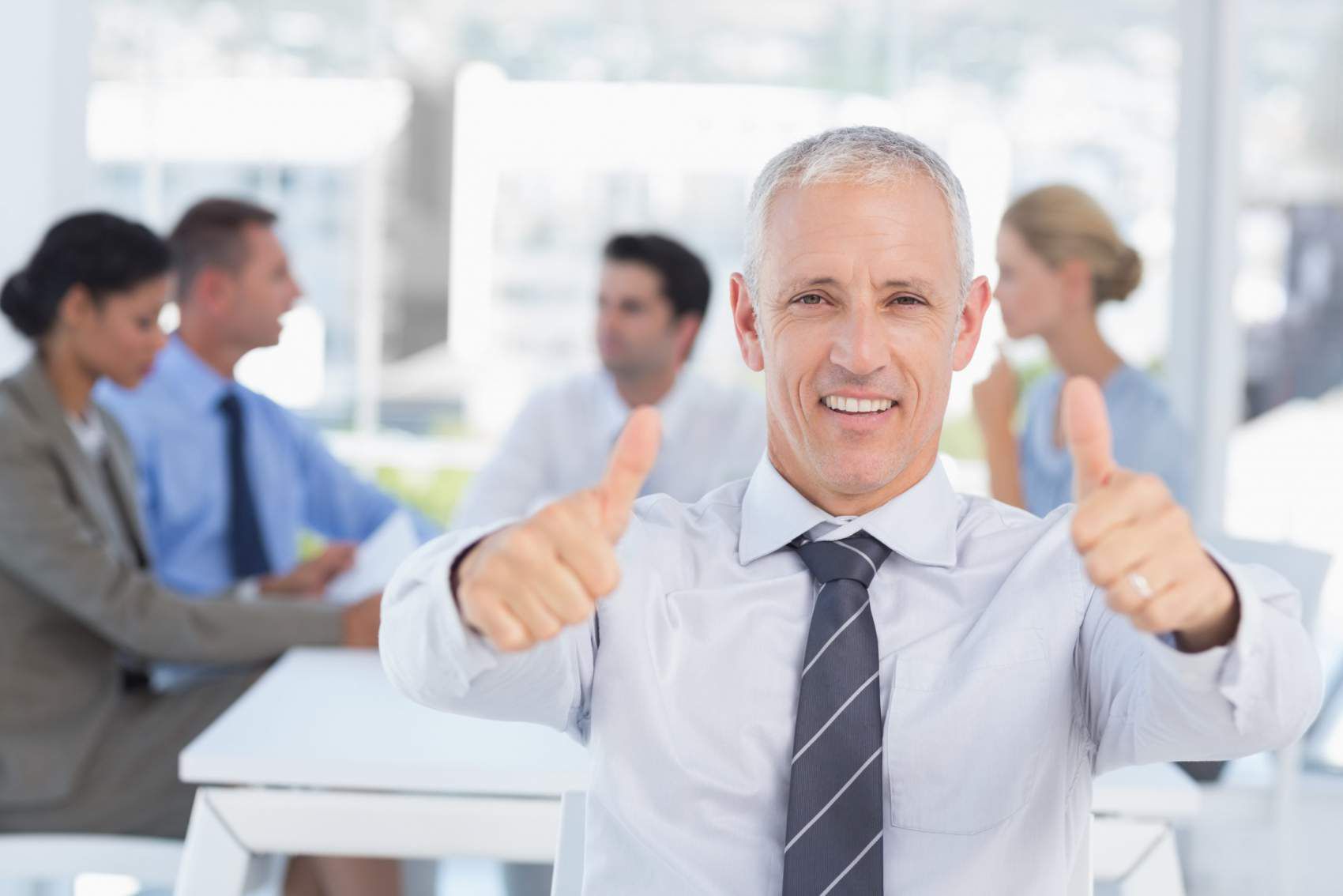 Just wanted to let you know that I accepted the position as Vice President of Engineering for [an energy storage company]; I started with them on Jan. 4. Thanks for all of the help and advice!

Jerry has two happy landings for us this week:

“I hope you’re enjoying your vacation and had a wonderful holiday season.  I wanted to let you know that I have accepted the offer. I understand you wanted to review prior to my acceptance but during my discussions with [the company] the salary was a hard number with no room for negotiation. I really like this organization and I believe my skill and experience will allow me to exceed my previous compensation with time and a lot of hard work.”

“I wanted to touch base with you and let you know that I accepted and started the position as Director for [a business brokerage and advisory firm].  Let’s set up a chat next week to discuss continuing to search for board positions.

Yesterday I noticed a headline that the company at which a former colleague and major proponent of mine had joined and completed a strategic acquisition. I followed your coaching and reached out congratulating him, asking if he had time to connect so I could get caught up on what he’d been doing since we last spoke (three months ago). He will be leading the [a company that focuses on healthcare payment operations].

We connected this AM and he mentioned that they need someone to come in and build out the framework for how they approach their clients to grow to full maturity, secure new revenue, advocate with operations and product, and design their approach to professional services with large complex clients. And, their need is immediate.

There is no title or job description yet built as he would, essentially, want me to help frame it out in the process. He mentioned their budget for the role is $300k.”

This is a prime example of what ‘The Hidden Job Market” is! Paula at her best!

“T. has an interview today with the hiring manager for the position of North American Sales Manager at [a high-tech company]. He followed my advice and landed the interview through making calls to his network. The hiring manager is a past boss and good friend of T.’s whom T. called recently for a friendly chat. T. had another call with another old friend and uncovered a potential job with this friend as well.  They are now looking at a time to get together.”

“Waffles, thank you for your guidance. I ended up talking to them rather than sending the email. I turned down the offer as we discussed; however, this led to a series of conversations with the headhunter, CFO, SVP HR, several emails and messages about how much they believe in me etc. The CFO also indicated that the opportunity is now and unlikely to be there in the future. They came back with a new offer including a commitment to a bonus compensation that they are working on and added a €20K sign up bonus in my offer to compensate for any delays in rolling out of the bonus compensation within the company.”

Barrett delivers on the ROI, once again!

“Just got off the phone with J.: He’s excited to receive an offer from [a computer technology corporation for the Business Development Manager role. We are working towards negotiating compensation. I’ll keep you posted when J. accepts the offer.”

“J. found Clarity very useful. He described it as “opening his third eye.” He said he would not have decided to go through the whole TBG program if he hadn’t been really happy with this experience – he was!

J. worked with Paula Nordhoff after Clarity. He enjoyed working with her very much. He was skeptical at first about some of the things he was asked to do but found it all to be very useful in the end.

J. said that, irrespective of the job-seeking help Paula offered him, he really valued how much Paula acted as a sort of counselor to him. He felt that she was the only person to whom he could feel free to express his concerns about his job hunt and his situation. He also valued that she was honest with him when he might pursue a path that wasn’t necessarily a good fit for him.

J. truly valued that Paula suggested novel approaches to a job hunt and challenged him to expand his mindset about how to do it. He learned to step out of his normal rhythm.

Rebuilding connections from years ago – he will take away the importance of this as something to work on and something that will serve him well in any future job searches.

Very beneficial to get corporate information provided to him by TBG about the companies he was interviewing with. It prepared him well for some tough questions.

J. strongly feels that it was money well spent! He is already recommending TBG to friends and former colleagues.

He could see himself using TBG services again if he were at a pivot point or if he were to lose his way in his career.

He would be apt to use TBG services even if he were struggling with next steps and is open to considering ongoing TBG services. He feels that additional coaching now might keep him from making a wrong move now that he would pay for later 10x! Networking with TBG alumni would be interesting, knowledge exchange.”

I hope this email finds you and your family doing well and staying safe.

I want to thank you for everything that you have done for me this past year. Your coaching was extremely valuable and allowed me to move on to my new position. I have to say that my true calling is [my new company]. I most likely would have turned down the job because my true love and passion is to help the environment and make the planet a better place. [Another company] was a great opportunity but was only on the periphery of helping the environment. I am getting closer to securing my funding and expect to have it closed in January.

I hope you and your family have a great and prosperous New Year.

Thanks again and best regards,

“You were a great help, thank you. Now that my first two television shows have been negotiated, if I could get a few projects on top of these two shows, I could be golden this year. Even [a nutrition company], my protein guys, are still talking. I think I should pick up [an American cable and satellite television channel] and run with it until they are ready to talk again.

Keep you posted on things that are going on, and don’t be a stranger. I am not changing my LinkedIn profile though; I love what you did and I like having the shows on there being the main focus.

“I really want to thank you for your help, coaching and mentorship in my journey to find my next career path.  I have found it incredibly valuable and learned so much about myself and the process it takes to find that next opportunity.”