The Pandemic Spotlighted the Biggest Barrier for Working Women 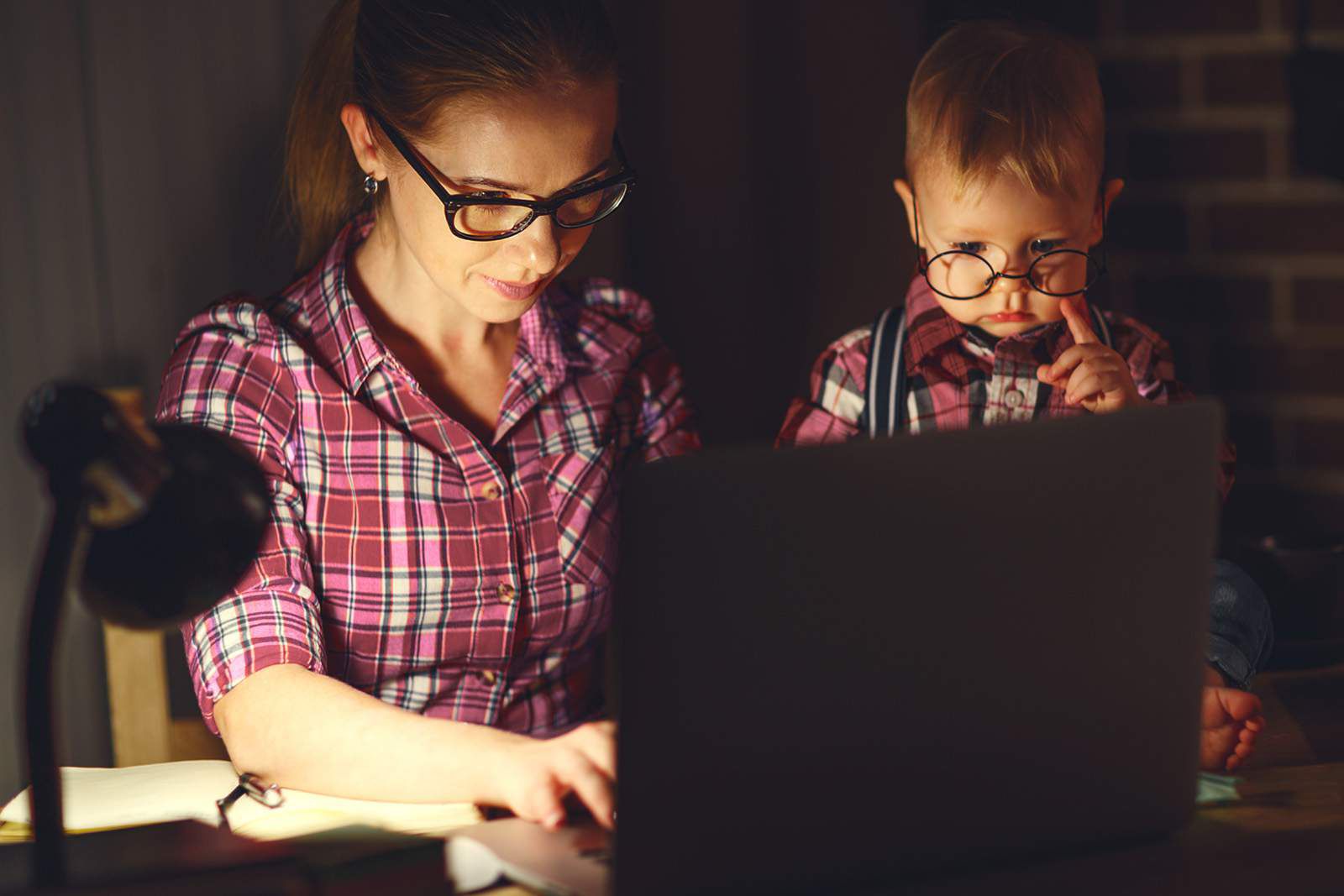 March 8 is International Women’s Day. It’s a day earmarked to celebrate the social, economic, cultural, and political achievements of women throughout history. In dozens of countries, the day is a national holiday. In the United States, Americans devote the entire month of March reflecting on how far women have come in achieving gender equality with men. But there is much further to go.

The story of International Women’s Day’s origins is truly international and truly fascinating. Its roots are in the struggle by working women in the early 1900s for equal rights and women’s suffrage. Multiple countries play a role.

A “Women’s Day” rally by the Socialist Party of America in New York City in 1909 inspired German delegates at the International Socialist Woman’s Conference in Copenhagen the following year to propose a special, annual “Women’s Day.”

Women’s Day commemorations spread internationally. But no universal date was set until tens of thousands of underpaid, Russian women textile workers protested on March 8, 1917 against bread shortages and soaring prices. The event kicked of the Russian Revolution, toppled the Russian tsar, and earned Russian women suffrage.

The brave actions of Russian women didn’t just precipitate the historic overthrow of the Romanov dynasty. They also inspired feminists of the day to adopt March 8 as International Women’s Day.

The strides that working women in the U.S. have made since then are impressive. A hundred years ago, women with families didn’t work and women who worked didn’t have families. Period. And women who did work were limited to gender-specific work.

Through the decades, though, women have fought – largely successfully – to dismantle barriers to women’s employment. Their efforts range from established laws to subtle discrimination.

In the 1960s, laws were created that ensured women’s access to equality in education, equal pay for equal work. They made it illegal for an employer to discriminate against someone on the basis of sex.

In the 1970s, the contraceptive pill played a huge role in enabling women to allocate the time necessary to get an education and kickstart a career before starting a family. Women’s participation in the labor force soared.

More recently, gender bias has been tackled in the courts and public opinion. And the #MeToo movement has forced over-due action on the long-standing, but less visible, problem of sexual harassment.

Today, women are represented in every field of work. Women also outpace men in all university degrees earned. A record number of women are running Global 500 businesses, including women of color. Also, the gender pay gap has shrunk. In the 1960s, women earned less than 60% of every dollar earned by men. Today, that number is 86%.

Gains have slowed in recent years. Women are promoted in woefully fewer numbers than are men. The gender pay gap has plateaued. Meanwhile, the pandemic has caused an exodus of women from the workforce. Those who continue to work are experiencing burnout at far higher rates than men. Why?

There are numerous reasons, of course. But the Covid-19 pandemic has revealed one, insuperable, gargantuan barrier to gender equality in the U.S. workforce. It is a lack of affordable, quality childcare.

Taking One for the Team

Women clearly bore the brunt of the Covid-19-induced recession. Industries favored by women saw heavy job losses. Women also shouldered a disproportionate burden of child and elder care when the world shut down. Both realities set back women’s progress in the work world dramatically.

Today, there are still more than a million fewer women in the workforce than in February 2020. (By comparison, men have regained – and surpassed – their pre-pandemic workforce participation levels.)

We hear much of the Great Resignation. Less known is that women have been driving quits throughout the pandemic. And they continue to do so.

According to an analysis by Gusto, a payroll processing company, the availability of in-person childcare and schools is directly related to that trend. During the pandemic, the gender gap in quits widened whenever schools and daycares were more likely to be closed. Drilling down to the state level, the data show that gender gaps in quits were widest in states that had the most COVID-related disruptions to school and childcare.

Women are slowly making their way back to the workforce, yes. But how long it will take for their participation to equal pre-pandemic levels is unclear. What is clear, and what the pandemic highlighted, is that when families lack quality, affordable childcare options, it is women who pick up the slack.

The True Cost of Caregiving

Claudia Goldin, an economic historian and labor economist at Harvard, has shed new light on the plight of working women. She focuses on the female labor force and income inequality.

Goldin argues that antidiscrimination laws and unbiased managers, while valuable, aren’t enough to give women true equity. She likens the odd woman who makes it to the board room or the smattering of pro-paternity-leave executives as “the economic equivalent of tossing a box of Band-Aids to someone with bubonic plague.”

The solution to achieving gender equality is, rather, for society to make fundamental changes to the way we work. We must also consider how we value caregiving.

In her newly published book, Career & Family: Women’s Century-Long Journey Toward Equity, Goldin writes that the current social and work environment compels a couple to have one person choose a flexible career path in order to be available for the inevitable, unpredictable demands of family and parenthood. (Flexible jobs usually come with lower remuneration and fewer promotion opportunities.) The other person is compelled to pursue a career that commands greater compensation. (These jobs typically require a greater time commitment.)

Single–parent households are even more disadvantaged and struggle, as a result.

“We are starting to fully realize the cost [of caregiving] in terms of lost income, flattened careers, tradeoffs between couples (heterosexual and same sex), as well as the particularly strenuous demands on single mothers and fathers. These realizations predated the pandemic but have been brought into sharp focus by it,” writes Goldin.

Is This the Ladder I Want to Climb?

Over coffee with a friend recently, Valerie, a New York City area HR executive and single mom, who is in a career transition, shared what she wants most in her next role. She wants a job that gives her the flexibility to take care of her young daughter. That’s true even if it compromises her opportunities for a position with greater pay and responsibilities.

“My daughter is my priority. My career is secondary. For now, I want to find a job that won’t limit my ability to be available for her,” said Valerie.

Recent research shows that Valerie’s sentiments echo those of many women, whether they are in single or two-parent households. Women start their careers with as much ambition as men. But when the challenge of meeting the time demands of a high-paying job become too onerous, many women find an easier career ladder to climb. This trend holds even if families outsource much of the household work.

Data show that, although women and men begin their careers at fairly comparable pay levels, a pay gap opens at just about the time women marry. And it continues to widen. Unsupportive federal and business policies leave women unfairly burdened with balancing work and family to the extent that they can pursue one only at the expense of the other.

School schedules were simply not designed with two working parents in mind. And jobs commanding the greatest increases in income and responsibilities leave little room for workers with significant family commitments.

Goldin speculates that the growth of remote and flexible work may be the silver lining to the pandemic for women. Who knows? Perhaps the developing remote work model will lead to greater parity in work for men and women. But the truth is, there is already a better model.

Each year for International Women’s Day, The Economist publishes an annual Glass-Ceiling Index, which ranks the best and worst countries to be a working woman. Each score is based on average performance in ten indicators. They include child-care costs, educational attainment, labor force participation, pay, representation in senior jobs, and maternity and paternity rights.

Tellingly, the United States consistently ranks below the OECD average. It gets particularly low marks on parental leave policies. (The U.S. is the only country in the OECD with no paid maternity leave.)

The consistent top performers, by contrast, are the Nordic countries. Why? Because progressive childcare policies mean that women don’t face a choice between work or raising children. Universal childcare and generous parental leave policies enable women to participate more in the labor force. They can share the burden of childcare with men. In addition, Nordic countries use gender quotas to boost women’s representation in positions of government and corporate leadership. This has the trickle-down effect of promoting more equitable work policies for women.

In the U.S., childcare support was part of the recently failed Build Back Better social services bill in Congress. It will also likely be part of any revised bill. Even so, it won’t move the needle much on gender equality in the U.S. Instead, we need broad structural policy changes.

Still, the pandemic-induced recession is different from past economic downturns, with different pressures. The need to fix systemic inequalities and invest in caregiving is becoming a drumbeat. Policymakers and business leaders would do best to heed it so that everyone can benefit from the full potential of millions of talented working women.

But there is Hope

As if to kick off the celebrations, a group of World Cup-winning U.S. women’s soccer members succeeded in winning a favorable settlement in their six-year fight against their sport’s national governing body to get pay equal with that of the men’s team. The settlement includes millions of dollars in backpay, for years of unequal compensation. It also includes a pledge by the U.S. Soccer Federation to equalize pay between men’s and women’s teams going forward. It’s a story of a hard-fought struggle by women with a happy ending.

Read next: Four Surprising Aspects of Aging and Work