Are Generational Differences in the Workplace Actually…Different? 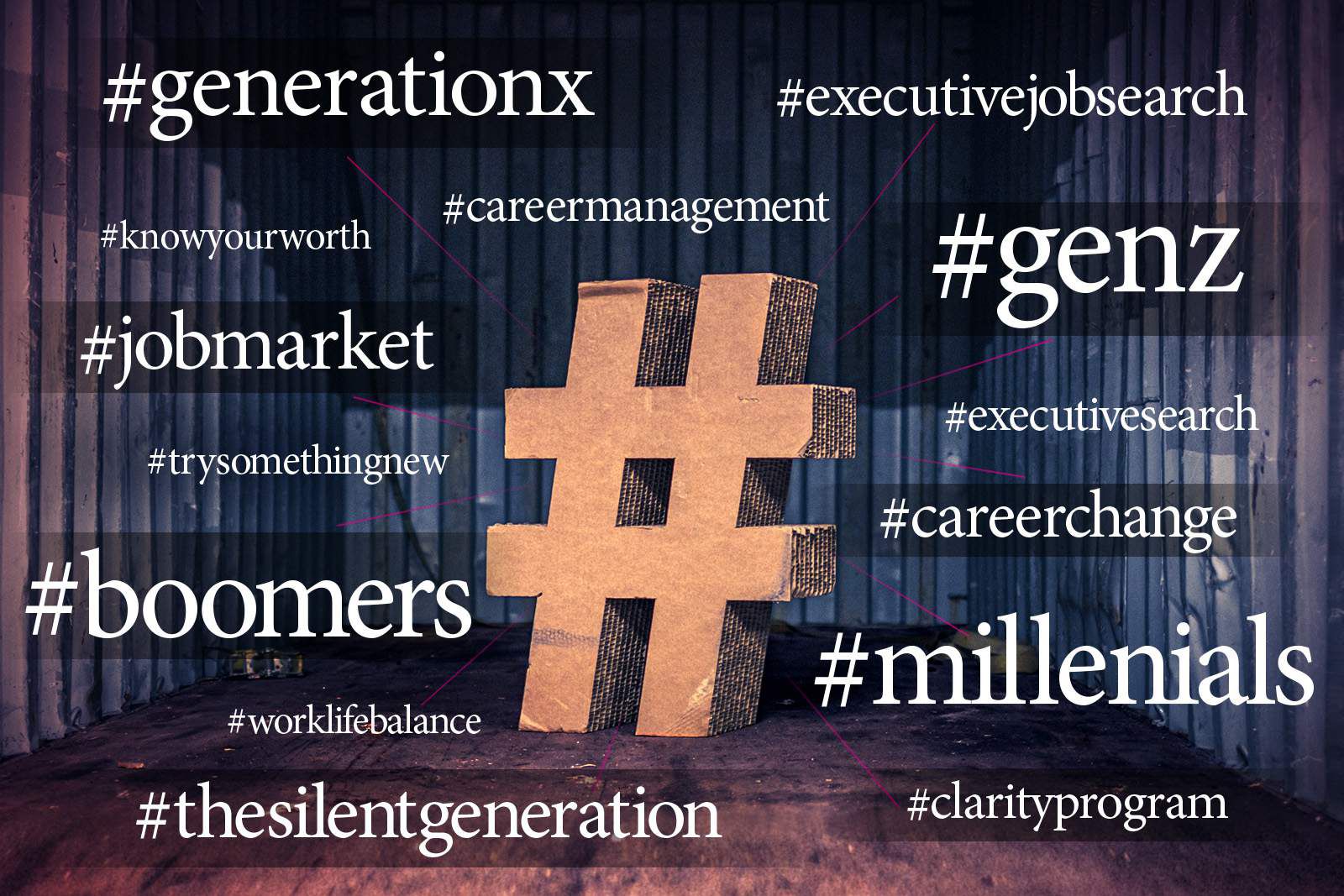 In 2020, family-owned company, SolidRoots, released a new boardgame that rocketed to the tops of display shelves across North America. Within months, “Mind the Gap” became one of Toys R’ Us Canada’s Top Toys. In 2021, Barnes & Noble featured it as its first annual “Game of the Season.”

Mind the Gap is a trivia game that requires players to answer questions about popular culture, and news events from the past seventy years. Naturally, teams best poised to win have members of all ages whose knowledge base spans multiple generations.

The game is tremendously popular not just because it is great fun, but also because it allows every player to shine, no matter her age. People answer questions specific to their generation that others can’t. Everyone must contribute for their team to win.

Today, management consultants advise employers to create the workplace equivalent of Mind the Gap. In the ideal work environment, the value of everyone’s contributions is welcomed and maximized, no matter a person’s age.

For the first time ever, five generations (FIVE!) are in the workforce. This is creating historic shifts in the workplace and has engendered endless discussion about how managers should best manage the needs, interests, and priorities of employees of different generations.

We all know what those differences are. Baby Boomers have one foot out the door. Millennials will jump ship for another opportunity if they aren’t happy. Generation Z’ers shun face-to-face communication, and so on.

But, wait! Are those characteristics true generational differences. And are they even accurate?

New research suggests that generational divide is much less than previously assumed. Sure, it’s convenient to ascribe broad labels to groups of people. But it turns out that much of our popular thinking regarding generational differences in the workplace revolves around preconceived notions and stereotypes.

Here’s a breakdown of our multigenerational workforce and the stereotypes about them:

Sometimes called “the silent generation,” traditionalists are said to be rule-following, loyal, respectful of authority, and to have a strong work ethic. They are also averse to change, and unable or unwilling to learn new things. Few traditionalists are still active in the workforce today (about 2%), but those who are can usually be found in advisory or consulting roles.

As the largest generation of the 20th century, baby boomers are creating an outsize shift in the workforce as they move towards retirement. Boomers are hard-working, career-focused, goal-oriented, competitive, and loyal to the team. They define themselves by their careers and accomplishments, prefer a structured organization, and are cautious about change. They value human relationships and look down their noses at young upstarts who don’t pay their dues in the work world.

Generation X’ers have multiple labels. One is “the sandwich generation” (because they are a considerably smaller cohort sandwiched between the much larger baby boomer and millennial cohorts). Another is “the latchkey generation” (because they were raised among a growing number of dual-income households). They are strongly independent, adaptable to new rules and change, especially if it presents appealing opportunities. They are sometimes cynical and disaffected. Gen X’ers see their careers as only part of who they are. In reaction to their career-obsessed parents, they are the first generation to value work-life balance.

Millennials, also known as Generation Y, are currently the most discussed of all generations. The term “millennial” is more than twice as “trendy” of a search term on Google Trends as “Generation X.” Is is eight times more so than “baby boomer” and “Generation Y.” Millennials are also the most vilified. They are said to be lazy, entitled, and hypersensitive. They are dismissive of the experience of older colleagues and they compulsively job hop to advance their careers rather than dutifully climb the corporate ladder. Demanding equity and inclusion, they eschew high salaries for jobs that align with their personal values. Millennials value change, innovation, collaboration, teamwork, and flexible work styles.

Generation Z, sometimes called “the iGeneration” (because its members have no memory of life before digital technology), are only just beginning to foray into the workforce. Predictably, they are tech-savvy. Stereotypically, they are unmotivated and lack interpersonal skills because they are always on devices. They adapt naturally to change and tend to be resourceful because they know that the answer to every question is just a Google search away.

Shifts in the Workplace

The evolution of our generational makeup is causing interesting shifts in the workplace. One of the most significant events is millennials claiming top spot in 2016 as the largest generation in the workforce, edging out Generation X’ers. (Gen X held the spot for a hot second after the baby boomer’s decades-long reign.)

In 2018, Pew Research Center estimated that millennials in the workforce numbered 56 million. That is 35% of the total workforce. Generation X peaked at 54 million, but millennials are still growing. It is unclear if millennials will reach the peak size of the baby boomer labor force, (66 million in 1997).

Meanwhile, the boomer generation is in decline as millions retire each year. The rate of retirement has increased notably since the onset of the pandemic. But boomers still constitute about a quarter of the workforce. Moreover, they are participating in the labor force much longer than their forebears and will continue to do so. The Bureau of Labor reports that the number of people 75 and older in the labor force is expected to grow 96.5% by 2030. Really!

Incidentally, people 75 and older is the only age group whose labor force participation rate is projected to rise.

Not Your Grandfather’s Workplace

These kinds of social and demographic developments absolutely shape the characteristics of each generation in the workforce. Still, drill down to basic values and professional motivations and pose the question: Are the five generations genuinely different from each other?

There is no shortage of advice about how employers should handle generational differences, and much of it is contradictory. Increasingly, researchers are pushing back on preconceived notions. Research Scientist Jennifer Deal insists that older people’s resistance to change relates less to age and more to how much they stand to gain or lose as a result of change in their careers.

Pew Research Center notes that millennial workers aren’t any more likely to job hop than Generation X’ers were at the same age. And, by the way, older workers are by no means luddites when it comes to adopting technology.

To settle the debate, the U.S. government commissioned a consensus study of generational issues in the workforce. Nonprofit National Academies of Sciences, Engineering, and Medicine assembled a committee of experts from academia, business, government – even the military – to weigh in. Their research focused on two questions. (1) Are today’s young workers different from today’s older workers because of a generation effect? and (2) Are young workers now different from young workers in the past?

The resulting lengthy report in 2020 had some mic-dropping takeaways:

In short, the report concluded, the notion of generations is, essentially, a social construct. Generational differences exist only because people say they exist.

A recent study demonstrated such prejudice in action. In the study, undergraduate student trainers were asked to train someone to do a task via Google chat. When those trainers thought the trainee was an older person, the quality of their training dropped due to lowered expectations. As a result, trainees (also undergraduates) also performed more poorly.

To be clear, generational stereotypes cut both ways in the work world. Older workers are passed over for jobs because they aren’t dynamic. Meanwhile, younger workers struggle to get their ideas taken seriously. But stereotypes shouldn’t cut at all because there are more useful and relevant ways to understand the people within a workforce.

A recent report by Deloitte observes that “rapid technological and organizational change means that workers must now reinvent themselves multiple times throughout their working lives.” People of all generations are constantly learning and evolving in accordance with their personal needs.

In the end, though, we all tend to have the same wants and concerns. We all want to balance job growth with stability. We all want flexibility to live the lives we want outside of our jobs. And we want a job that aligns with our values.

Our perspectives, needs, and professional contributions are unique to the person, not to the generation. And businesses that take the time to cater to the individuals, rather than the labels, within its ranks and strive to incorporate diverse perspectives are likely to be stronger, more innovative, and more profitable companies than those that don’t.

That’s standard business advice for employers. It’s also a great selling point for jobseekers no matter where they are on the age spectrum.