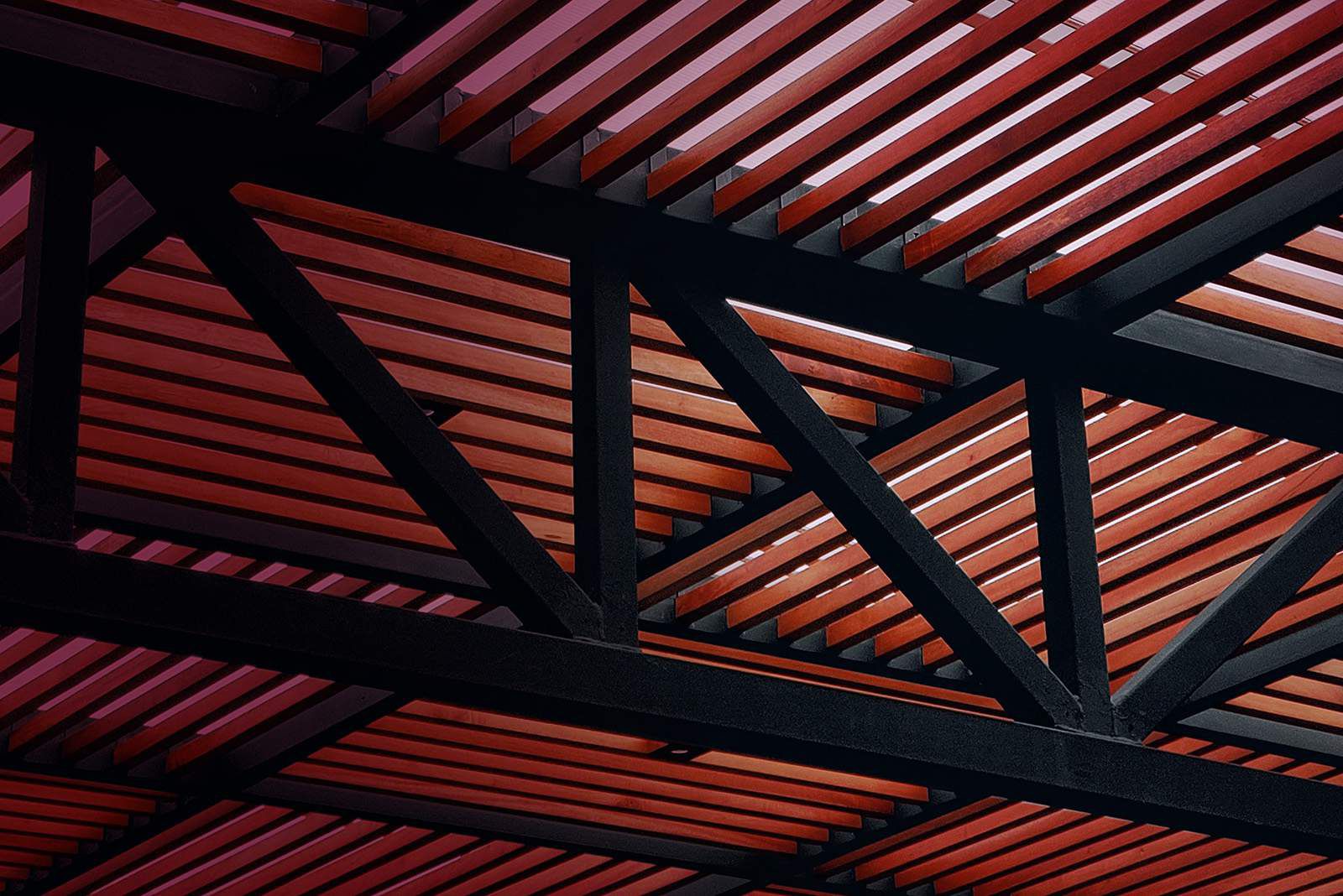 1. Joan Sebring’s client G. accepted the offer from an architectural company as VP of finance. He has transitioned from the restaurants industry. Previous comp was $124K. The new initial offer was $208K. With Joan’s coaching, G. was able to get the offer up to $223K. This opportunity was from an executive recruiter.

2. Julie Mathern’s client R. is now VP of sales at an oil company. The initial offer came in at $230K base with a 40% bonus based on formula(s); full benefits; 401(k) plan; PTO – rollover what is not used. Working with Julie, R. wanted more salary than initially offered. This was achieved by negotiating a 40% bonus plan into potential for 100% of salary bonus structure. In doing this he was comfortable trading the request for higher salary to obtain a much higher bonus.

3. Isabelita Castilho’s client H. decided to accept an offer for a Regional COO position at an investment company. He was formerly in the delivery services industry. The new company is matching his previous package plus equity + stocks. Isabelita notes: “H. has been very active in his campaign since he resigned from the previous company. H. was approached on LinkedIn for this position following on several posts and active PR he has been doing showcasing his expertise.

He also has landed another 2 offers: 1- e-commerce business representation involving for a company who handles stock order management for high end brands. 2- cultural software company that sells a software to collect employee data focused on diversity and inclusion to apply change management and make the workplace a friendly, diverse work environment. They are backed up by a $15 million fund. H. will be the local partner and will be in the leadership team.” These were all accomplished using UNP2-LinkedIn.

4. Jayson Searle’s client S. will take on a new role, although the industry is not named. He is currently in the business engineering industry. The initial offer came in at €140K + car. After negotiations: €155K euros + car + €25k sign-on bonus.

5. Asli Bilgin’s client N. accepted an offer as manager at a manufacturing company.

6. Rob Wicker’s client B. landed a job eight days into his program. The company is in the fine arts industry. The offer came in at $124K, negotiated to $132K. He found this opportunity utilizing his human capital resources, as coached to him by Rob during his orientation. B. has further ambitions and is considering this as a stop-gap position as he continues his program with Rob.

7. Lori Chevalier and Waffles Natusch’s client T. successfully made the move from a technologies and metal industry to becoming director of operations in the utilities, energy, and extraction sector. Offer started at $200k base + bonus + HAS, with T. negotiated at $200k base + $bonus + relo trip $, HSA + $ relo bonus. T. notes to Lori and Waffles: “I accepted the offer from [company]. I also negotiated delaying my start date until later so my family can get things in order, and we can still take our Thanksgiving trip as planned. I am super excited and still have to pinch myself because I cannot believe how well it worked out – title that I wanted, industry I wanted, location I wanted, nice salary bump, and, most importantly, a company with a culture and mission I can get behind and that recognizes the value I will bring. Thanks for the guidance and coaching!”

8. Another client of Lori Chevalier, F. returns to his roots in the retail and consumer sector as director of management.

Comp tipped the scale at $170k. Lori notes: “F. worked for the company early on in his career. He has a passion for the brand. The company is a hedge fund company that bought up the previous chains. They are looking to revive the brand which is already present in other major companies.

“F. applied to the role and was one of the candidates. However, when the interview was approaching, the company hired a new President, so the hiring halted. Being interested in the role, F. reached out a few weeks later to HR, whom he had contact with, and when he did, she said, ‘Your timing is perfect, as we are looking to fill the role we put on hold.’ F. was the perfect candidate, and because he executed the TBG process, he was hired! He said I must have the golden touch because this happened to him the last time we worked together (he had four offers over a weekend and had his pick of the litter!) But I insisted it was a combination of F.’s diligence in the process and coaching that landed him the role! Congratulations, happy for you, F.!”

1. Barbara Limmer’s client D. received offer from a financial company for a director level position. Past Company at a loaning bank, where he was at an officer level making 227K + 75K bonus. First new offer came in at 235K + 85K bonus.

1. Lori Chevalier has three clients with interviews progressing.
-First, client H. at a communications company for marketing director.
-Next, client A. for management consultant position.
-And, client M. at a parts company for VP of operations. Lori notes, “M. has an HR contact who referred and recommended her, introduced her to an internal individual to converse with on the side of the business of which M. is interested. She had a pre-screen call and is now having an interview next week!”

2. George Schulz’s client Z. progressed at a management solutions company for manager. The position came from a 3rd party recruiter.

3. Barbara Limmer’s client V. had two interviews:
-First, at a cloud software company (3 separate interviews) for a data scientist.
-Second, at a healthcare company for a data analyst.

1. Larry DiBoni’s client J. at a manufacturing corporation from UNP1-Social Capital. This is a first general interview.

3. Lori Chevalier’s client O. interviewed at a seasonal display company for a counsel position. O. applied to the role, and not having any connections, sent a LinkedIn message to the CEO and he responded. HR followed up with a call request.

4. Paula Nordhoff’s clients K. and A. had interviews:
-First, K. at a marketing growth firm for executive director.
-And also A. in the housing industry for an officer position.

5. Julie Mathern’s client M. at an infrastructure company for management from a 3rd party recruiter

6. Anne Lipsitz’s client E. had two interviews:
-First at a restaurant chain for director of financials.
-Second at a beverage company for a financial planning role.

7. Isabelita Castilho’s clients B. and N. have interviews.
-Client B. at a sports organization for business development and sales from UNP1-Social Capital. Anne Lipsitz’s client shared this job with Anne, who shared with the consulting team. Client followed guidance and gained the interest. After a few exchanges via LinkedIn, he has an official interview!
-Client N. at a commercial bank for a market officer position from UNP1-Social Capital.

8. Julie Mathern’s client T. has two interviews:
-First at an insurance company from UNP2-LinkedIn.
-Second at an information technology company for VP Sales and Marketing from UNP1-Social Capital.

News from the Writing Department:

1. During October, your TBG Resume Writing Team completed 164 total writing assignments for our clients!!!
2. Lora Hirschhorn is again our Heavyweight Champion of the week, writing nearly 27% of that total volume.
3. Ramesh shares how Client A. was extremely pleased with Lora Hirschhorn and her excellent efforts in writing his LinkedIn employment description and conveyed his appreciation for the high standard of Lora’s work.
4. Thanks to Luke Duggan about career documents for client; “these are excellent,” says Barbara Limmer.
5. “This is excellent, thank you, Anicia Copeland!” Says Barbara Limmer re: LI Employment description
6. Thank you, Lora Hirschhorn, you are awesome for getting these to me a day early!!! I’m sure (the client) will greatly appreciate that, you are amazing, thank you! Lora Hirschhorn is a true gem!!! – Barbara Limmer re: resume tweaks.
7. Ramsey Penegar shares appreciation for Joan Sebring

1. Joan Sebring shares Dan Resendes’ assistance: Dan, Just a quick heads up that (TBG client) successfully negotiated $15k more on total comp, an additional week’s vacation, and the time of in Dec that he was looking for. Thank you for your guidance I appreciate you so very much.

2. Marion Engelke shares comments from Client N. about his Clarity experience and his coaches. “Client N. gave an excellent review of his experience and especially highlighted the value he got out of working with his consultants, Justin (Clarity), George Schulz and Waffles Natusch.

-On Clarity: “I was very happy with the Clarity Program. Clarity gave me an opportunity to evaluate myself in a ‘this-is-your-life’ moment and consider where I want to go. I have a diverse background, and Clarity grounded me.”

-On his consultants: “George has a natural gift to make you feel comfortable. He is very creative and thoughtful, and I always looked forward to talking to him. I always got something out of it. He comes prepared and is always available. And if you seem to be going down a wrong path, he makes you take a step back and think.” And “The three of us sat down to talk and Waffles asked pointed questions. We drilled down to some areas to be mindful of during an interview.”

-On his new job: After working the TBG Program for 10 months, Client N. was thrilled to have landed an exciting job at the right level, with great compensation and potential. “A month and a half in, things are going pretty well! There were times where I felt in a rut during my job search, but regular engagement with George kept me energized and on path. That was the most helpful aspect of my job search experience.”

Have you reached the ceiling in your career or industry? It is time for a change, a change in growth potential. The Barrett Group is here to place our clients in executive jobs where they can reach their full potential. Improve your job search and contact The Barrett Group. It’s our job to help you find yours.