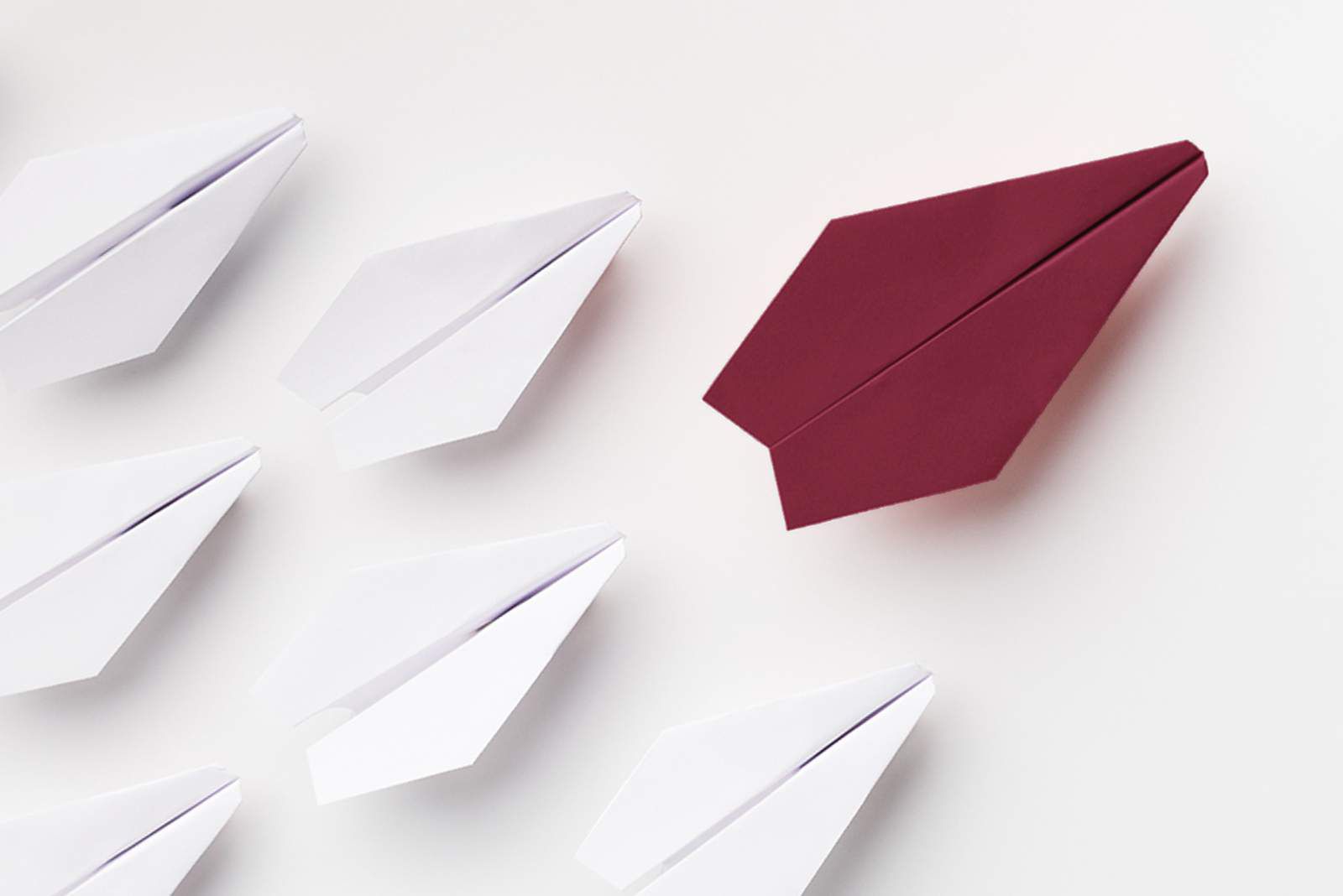 1. Anne Lipsitz updates us on client A.: She is feeling “on top of the world” having successfully launched her own business and moving forward with an interview at a workflow solution company. The world’s your oyster, A.!

2. Julie Mathern was so happy with client N. When N. came to TBG, he hadn’t looked for a job for 20 years and had been running his own business. He wanted to transition into being an employee (which some employers were skeptical of). N. found the job at a digital training company through social capital (a former colleague of his wife). After interviewing at several places for roles that didn’t really match his experience – this one just clicked – the role, people, compensation all worked out. Moreover, it was a new role that was created to support a major client.

3. George Schulz relayed what’s happening for client M.: She’s accepted the position at a cybersecurity consulting firm! She was contacted via a keyword search on LinkedIn for which she gives us credit for much needed help on her LinkedIn profile.

Here are her comments to George: “I interviewed for two jobs and was offered a position from one of the interviews. Originally it was a team lead position, but because of your coaching it turned into a Deputy Program Manager for a brand-new contract! Compensation includes $140k, $8k annual for training and standard medical, 401(k), the whole ball of wax!” Thank you as always, George, for your excellent coaching!”

4. Lori Chevalier’s client V. is officially employed! She shared this note, “I signed the offer. I’m so excited to get back to work. Thank you for everything you’ve done to help me. I can’t even express how much I appreciate it.”

1. Client C. surprised Anne with this one: “I received a call from my boss. Apparently, they will offer me a job on a newly created role [strategy leader]. In this role I will be part of a task force focused on defining what the future of the business should look like in a decarbonizing world. What changes to technology, what sector-specific competencies we need to create, possible acquisitions, etc. Everything is up for grabs. I am supposed to receive a phone call from the HR leader. I will keep you apprised as I will need help during negotiation.”

-Also from Anne, the latest from R.: “Interview with the CEO [software company] went great! Lasted 90 minutes, 30 more than scheduled, and the entire process was awesome. I think I have a decent chance of the next round, which will be a series of group ‘interviews’ which I think are really more about corporate ‘fit’ and culture, then round five would be online with two [board] members. The whole process should be done by end of September they say, and it remains competitive…but a smaller pool than the last round, so we move forward! I’m also still moving forward with [the other company].”

2. Barbara Limmer heard from client S.: “Hi Barbara, I have great news!! I received an offer from [a global organization]!”

3. George received good news from client K.: “The [national chapter] has stated that they would like to make me an offer for their Executive Director position. I’m intrigued by the opportunity because it is a chance to run my own organization and build it from the ground up. I’d be a lone wolf, with all the operations and execution falling on just me. BUT (in capital letters on purpose), I’d be representing [professionals] from across the country in the nation’s capital. It’s a daunting task, but also a chance to write my own ticket later. As always, your time is most appreciated.”

5. Paula’s client P. has received a verbal offer from his former boss, now the President at an animal medication company. Accordingly, Paula jumped right in with the negotiation coaching.

1. Dan Resendes advised client H. on the diplomacies of his interviews with a business administration company before they flew him out for the interview.

2. Waffles Natusch recommended client B. focus on his Project Management experience to downplay his lack of industry-specific experience for his interview with an IT management company. It worked, as he bested several other candidates who had more industry experience.

4. Anne’s client K. scored an interview at a lawn firm for her specialty. She’s moving to the second round, so Anne called in the Client Concierge to coach K. on the fine art of negotiation.

-“Today, I received an email for an in-person interview at the [ship builder]. I have my phone interview today at [a non-profit organization]. Also, I just received a phone interview for [a human resources consulting role]. Went to my networking meeting this morning in person – was great and made some more connections. Just wanted to give you a heads up and hope you are staying cool.”

-G. is interviewing for VP of Finance at a trailer company.

-R. tells Paula: “Paula, FYI, my interview went well. It was a great conversation. [The real estate developer] does check off a lot of boxes for me in terms of company and my personal professional career growth, and it’s at the VP level. [The data company] reached out to them to get their feedback and to see if they want to move to the next steps. I will keep you posted.”

-“Hi Paula, I received word that I’ll be starting the interview process at [a software company] and I think it’s a screening interview for 30 minutes. I haven’t looked at my availability yet but will let you know the date/time as soon as I confirm it.”-D.

6. Anne shares news from clients J. and I.

-J. had interviews with a storage company as a result of our recruiter mailing. In fact, his broad general leadership and intel in technology and commercialization were a key point of moving forward to the 2nd round.

-I. is interviewing at a healthcare company for the position of VP Customer Experience.

7. Barbara’s client E. interviewed for Chief Operating Officer at a ranch. She says, “The interview went well! I have enough information to proceed to the next step of which I hope to hear something next week. I am over their $200k compensation base, however, they said that does not scare them at all. Relocation or work from home is on the table as well. They are collaborating so the ball is in their court. Depending on their next step, I may need a consult prior.”

8. Isabelita updates us on clients U. and Z.:

-U. interview for Head of Strategic Projects at a luggage company.

-Z. is angling for the Managing Director position at a recruitment company.

9. Julie’s client O. interviewed at an investment banking company. He was referred to the position from a social capital introduction. Referral let him know about an opening in their group.

10. Vivek Agarwal’s client C. is being considered for Program Management at an aerospace company. It’s a lateral move for C. She’s excited though, as she’ll be working on strategic direction.

11. George’s client M. shared good news: She interviewed with a 3rd Party recruiter who immediately set her up with an interview with a therapeutic company. She has another interview there this week. The role is VP of Communications and Investor Relations. She also is working on another deal with a small startup, so no titles have been designated yet. This is a remote position.

12. Waffles heard from client A.: “Hi Waffles, Wanted to let you know that [logistics company] is interested in my background and I will be talking with them before the week’s end. This arose from a colleague of mine who is a senior director. She put me in touch with their Sr VP of [logistics company] and he wants me to talk with the recruiter. They have a current position listed as “Senior PM for Compliance Training”, which I can do but I’m also interested in a director role or higher. All worth exploring and he might be open to reshaping the req.” A. is also interviewing with a global leadership advisory firm and a services firm!

1. “Hi everyone, Just wanted to say ‘thank you’ to Aerielle Ludwig on her work on a resume enhancement for my client, W.! W. told me, ‘your team really did an outstanding work with the resume tweak and cover letter. I can now apply to healthcare positions.’ Thank you!”

3. “Hi Dan! Thank you greatly for direction and guidance. I will do it tomorrow and provide update. Much appreciated and needed! Have a great night.” -T.

4. “Amazing document Isabelita… I enjoyed reading it a lot and found it very useful. I am very excited to try to employ the strategy suggested in the document. Now I understand my homework is to examine these contact sheets and flag the ones that are SC or the ones that I want to NET with. From there, I can start with the strategy suggested in the document for Cold and Warm calling. Am I on the right track?” -O.

5. “Hi L. – Hope you’re well! I know that the team is working on getting my package moving along, but I finished the final loop at [a global monitoring company] and the executive recruiter would like me to confirm that my initial expectations of salary are still the same.

I said that in the course of the interview process I’ve hired a career management group and need to speak with my negotiations coach to make sure I’m honoring the work that I’ve done with them as the initial numbers may have changed. She mentioned verbally that they are leaning toward an offer and would like me to update those numbers as soon as possible before she starts the internal review process with finance.

(She asked who the coaching organization was, and I mentioned The Barrett Group. Her reaction was very positive. She knows a lot of people who’ve had success with them.) Grateful!” -P.

6. To Julie and Waffles, from new client N.: “Many Thanks! I know I should write this on Asana! I’ll learn. Many thanks for today’s meeting- I found it very helpful!”

The Barrett Group wants to help you find your next career. Contact us today.