Women Are Shaping Post-Pandemic Work Life for Everyone 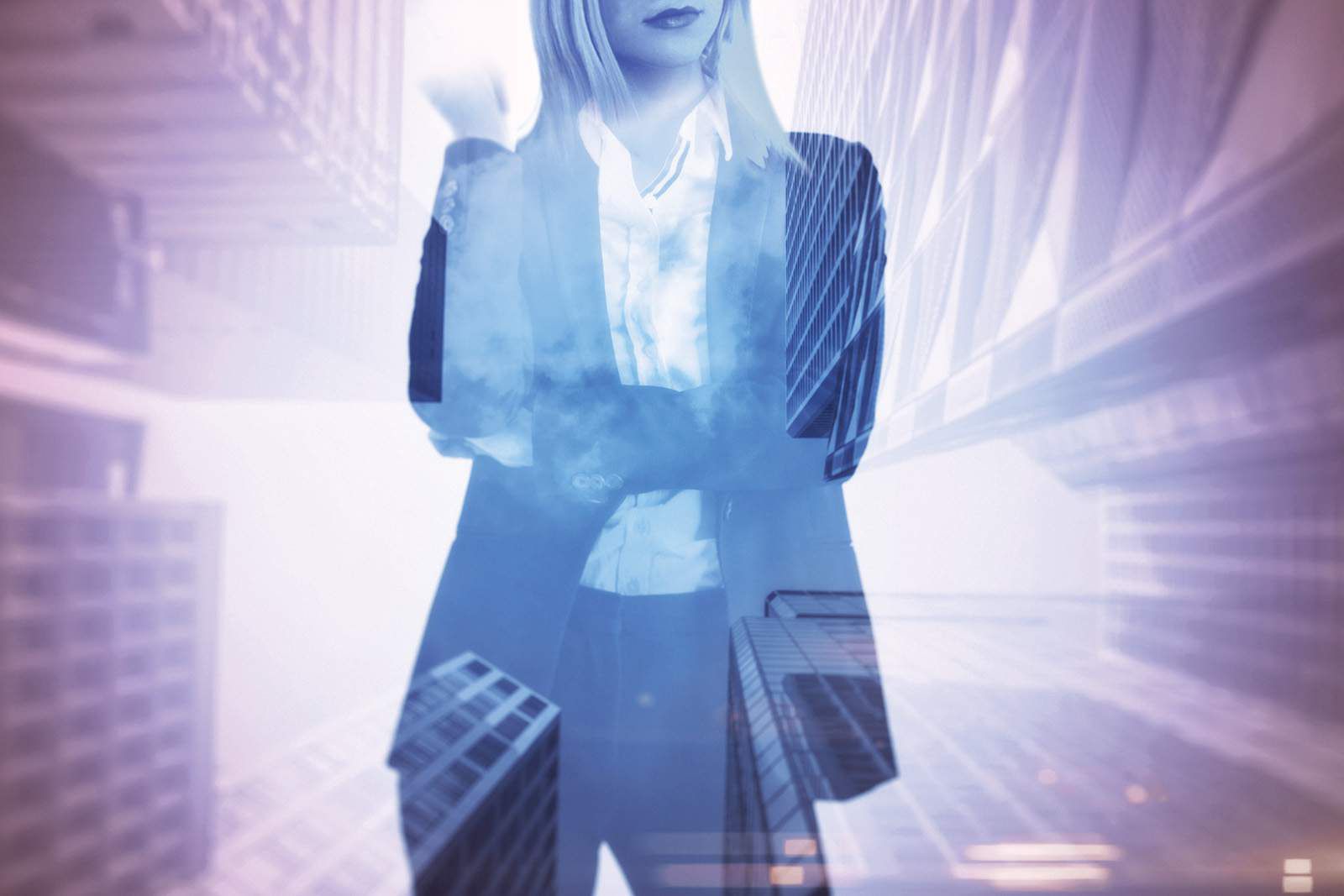 Major life events often trigger people to make big changes. Perhaps it’s no surprise, then, that a global pandemic catalyzed over 25 million people (and counting) to quit their jobs this year. The ‘Great Resignation,’ which began making headlines when 4 million Americans– a record high – voluntarily left their jobs in April, hasn’t shown signs of stopping. In fact, many indications suggest that we can expect a lot more churn in the employment market in the months to come.

According to surveys, 53% of employers said that they are experiencing greater voluntary turnover than they have in previous years. As many as 40% of employees are at least somewhat likely to quit in the next three to six months. Meanwhile, employers continue to complain of worker shortages.

What specifically is driving the phenomenon has been the source of much speculation. The answer, according to recent research, is interlaced with a decades-long problem in modern employment: the inequitable experience of women in the work force.

That women have faced a glass ceiling and a persistent earnings gap for generations is not news. Nor is the fact that women bore the brunt of the Covid-19-induced recession – or ‘she-cession,’ as some call it. Due to heavy job losses in industries favored by women and the fact that the burden of child and elder care fell disproportionately on women when the world shut down. Stymying their advancement opportunities, women’s progress in the work world has been dramatically set back.

Despite dramatic gains since the worst months of the recession, there are still 1.7 million fewer women in the workforce than there were in February 2020. That is 57% of the 3 million jobs that have yet to be recovered since 2020. It’s unclear how quickly women will regain those jobs. According to the National Women’s Law Center, women accounted for just 11.9% of job gains in August.

What is new, however, is that the experience of women over the past 18 months is helping to shape the work landscape for everyone going forward. The extraordinary challenges women have faced are not only contributing to the Great Resignation, they are also influencing shifts in the labor market. In addition, forcing changes in work patterns, and fueling the growing sentiment that now is an ideal time to re-evaluate your life and career and make changes if work is no longer working for you.

The record high job openings and quits are a reflection of the mass reshuffling of workers in the labor market as both men and women re-evaluate their working lives. The churn began, of course, when the pandemic forced millions out of work in 2020, most of them women. Of the people who didn’t lose their jobs, many scaled back their work hours, especially parents of school age children. Women and parents are returning to work, but on different terms. Uncertainty about the pandemic remains high, and personal and professional values have evolved.

People are searching for new jobs at higher rates than before the pandemic, but not necessarily because they’re unemployed. And not necessarily in the same industries as they have in the past. According to a report by the Brookings Institution, women and men, especially parents, have made “many different types of employment and career adjustments over the past 18 months that may shape their labor market outcomes for years to come. And many parents – both fathers and mothers – do not plan on returning to pre-pandemic employment patterns.”

What does the shifting landscape look like? Depending on the company and industry, it could mean pressure on employers to raise compensation, change work policies, overhaul management structures, or analyze hiring practices to attract talent. It might equally mean exciting opportunities for people who might not have considered a career transition.

In the current environment everything is fair game.

The most prominent change to post-pandemic work life will be increased flexible work. Women won’t have it any other way. Why? Because women are worried about returning to the workplace. They worry about contracting the virus and exposing family to it. They worry about their job security and their mental health. Men are worried, too, but women are more worried on every level, according to an August survey by The Conference Board.

In fact, more than 40% of women question the sense of returning to the workplace at all. Working women largely succeeded in maintaining high productivity while working remotely. Even as they assumed the lion’s share of caretaking and household responsibilities during the pandemic. Remote working infused critical flexibility into their work lives that they are now loath to give up. As a result, 66% of women say flexible hours and work location are “very important,” and if they can’t get them from their employer, they will look for them elsewhere.

To be clear, flexibility is very important to men, too (at least, to half of them), and, notably, to Millennials, who are as keen as women are in having flexible work arrangements. In fact, workers overall now value a flexible work location policy over better pay and career advancement. As women rejoin the labor market and press their work demands on hiring managers, this public sentiment may strengthen. Before long, working in an office full-time and during conventional hours may become a relic of pre-pandemic life.

If They Go, We Go

It’s been an exhausting year. It’s difficult differentiating personal life from work life while working from home, and the 24/7 expectations of American work culture exacerbate the problem. More than one in three employees feel as if they are expected to be “on” at all times. And those who do are twice as likely to be burned out, as a result. They are also more likely to be women.

According to the annual Women in the Workplace report published in September by McKinsey and LeanIn.org, 42% of women report being burned out, compared to 35% of men. For women managers and senior leaders that number is closer to 50%.

Employee burnout should ring alarm bells for employers because of the flight risk of talent. When a burned out employee is a woman, the risk of talent loss is even greater. Why? Because, as it turns out, the leadership of women during the pandemic has been better than that of men.

Women in senior leadership are 60% more likely to provide emotional support to employees. And 24% more likely to ensure their teams’ workloads are manageable, according to McKinsey. They’re also twice as likely as men to dedicate time to supporting diversity, equity, and inclusion initiatives. Employees value that level of support and human touch, and they are less likely to consider leaving a job if their manager exhibits it.

The extra efforts women put into their work go largely unrecognized, however. That’s bad because feeling unvalued by an organization is a top reason employees cite for quitting a job. While women aren’t heading for the door en masse yet, they’re thinking about it. McKinsey reports that more women are considering downshifting their career or leaving the workforce than a year ago, and 40% have considered switching jobs.

There are myriad ways post-pandemic work changes could play out. Employers could set policies to limit work hours to combat burnout and establish more realistic workloads. They could boost efforts to offer programs that offer emotional support and recognition so that employees feel valued. And they could offer coaching and mentoring to increase the number of women and minorities in senior management.

They could also do nothing. But that would be a mistake. When talented women leaders quit, warns McKinsey, the risk rises that the employees they leave behind will follow suit.

Going Their Own Way

Many people are abandoning the corporate world altogether and striking out on their own. Since the start of the pandemic, entrepreneurship has spiked. The Census Bureau has seen the highest level of new business applications since the agency began to track the series in 2004.

Deb Boulanger, CEO and founder of the Launch Lab for Women Entrepreneurs, a four-month accelerator for women launching new businesses in professional services, has observed the change, too. She is noting a 25% increase in registrations between 2020 and 2021.

Will the trend continue beyond the pandemic? Who knows? For now, though, it is a welcome one. At the macro level, the growth in new businesses reverses the 40-year decline in entrepreneurships in the U.S. It will bring a crucial contribution of dynamism and productivity to the economy.

At the micro level, entrepreneurship puts people in the driver’s seat of their professional destiny. And makes an attractive alternative over a corporate job for people who need flexibility or feel undervalued.

For better or for worse, the pandemic has stirred the pot. Industries, companies, and individuals have all been disrupted. The experience of women, in particular, has highlighted the shortcomings of work life, but it has also created an impetus to improve it – for everyone.

The employment landscape is shifting. Large numbers of Americans are shaking things up, pressing their demands on employers, starting new businesses, finding jobs that offer better work-life balance, and following new career paths. It is a rare opportunity for individuals to reinvent themselves. What will you do?