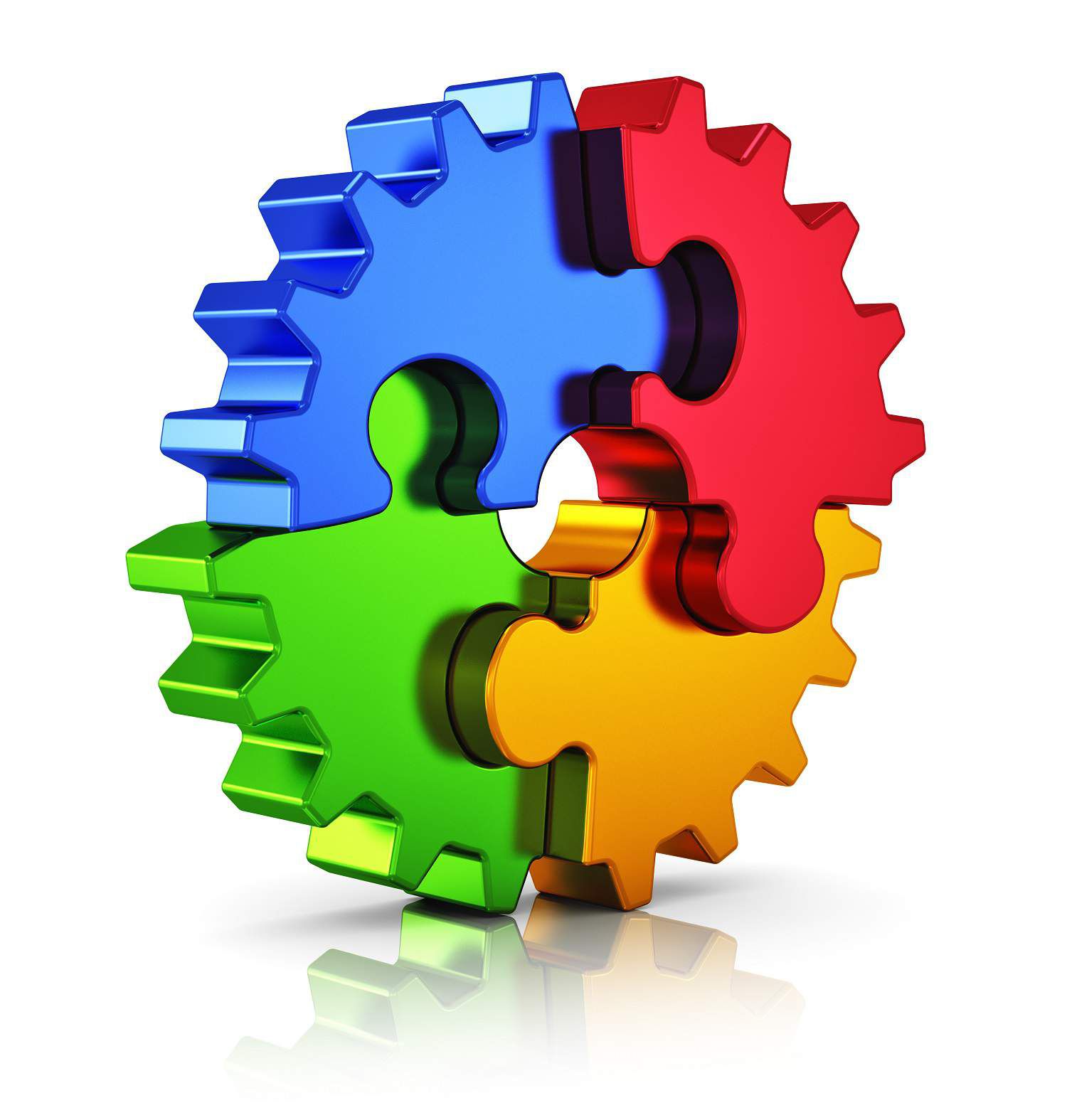 When you look at the larger picture, it’s clear that what influences hiring and recruitment is often cyclical or evolves over time. The better you understand these factors, the better you can take advantage of them to set yourself up for a successful career change.

Obviously, the economy is the paramount influence when it comes to hiring. A strong economy means a good job market. With the unemployment rate currently at 3.6%, a 50-year low, we are seeing a uniquely advantageous time to be job hunting. However, the situation is even more interesting.

It’s clear from the most recent data released by the Bureau of Labor Statistics that many aspects of the job market are in ground-breaking territory. Much of it good news to job seekers. According to the Job Openings and Labor Turnover Survey (JOLTS), job openings have surged over the past decade. Since hitting a low in July 2009, job openings have rocketed past the pre-recession peak of 5 million in 2014 to 7.4 million at the end of April 2019. Hiring increases have been even more impressive, surpassing pre-recession levels and peaking at 5.9 million hires, a series high.

What’s particularly notable about these figures is this: For most of the JOLTS history the number of hires (measured throughout the month) has exceeded the number of job openings (measured only on the last business day of the month). Since January 2015, however, this relationship has reversed, with job openings consistently outnumbering hires.

Clearly, in this market, the onus is on companies to act quickly lest they lose out on hiring the best talent.

What Industry is Hot and What’s Not?

There is an unsettling truth to keep in perspective if you’re looking to change careers. One reason why there are more so many more open jobs than there are unemployed people is because there is a skills gap. Many open jobs are in technical fields requiring skills that too few job seekers have. If you are in a position to do so, you can’t go wrong by improving your technical skills. Technical fields and technical industries are perennially hot when it comes to hiring.

But other industries are growing, too. According to a monthly analysis by LinkedIn, the industries with the most notable hiring shifts in May were Corporate Services (7.6%), Wellness & Fitness (7.4% higher), and Software & IT Services (6.7% higher). Year to year, employment in professional and business services, and health care continue to trend up. The attached chart shows the yearly change in the hiring rate in several industries according to the Bureau of Labor Statistics.

Wondering which industries to shy away from? Answer: Mining and Logging, and export-producing goods industries, like Agriculture and Manufacturing. All of these are facing significant downturns in hiring. 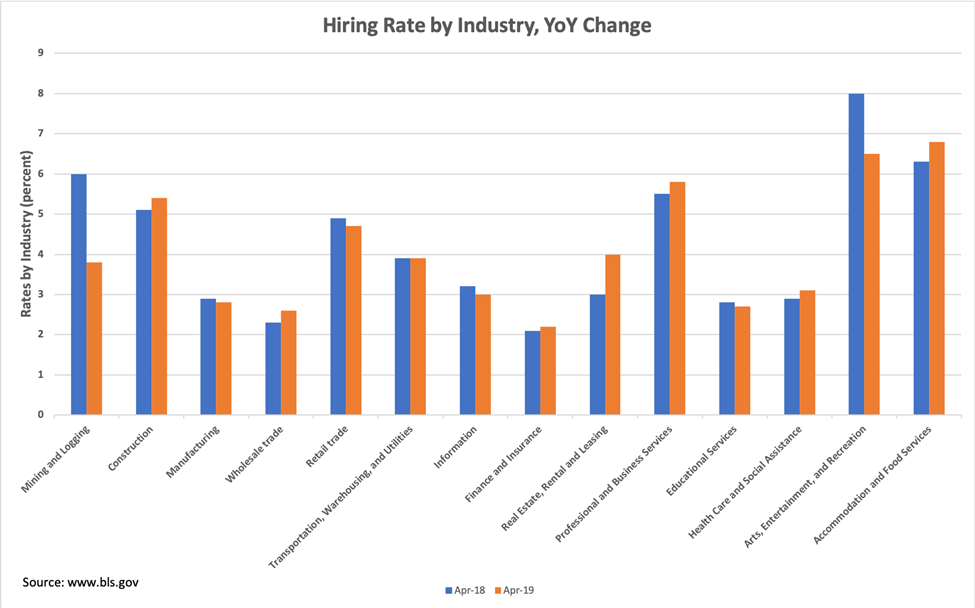 A Season for Change

The granddaddy of all hiring cycles is the calendar. While some industries buck the historical trends, there are definitive hiring seasons during the year. Understanding the trends will help you choose the optimal times of the year to pursue a career change.

1st Quarter – For several reasons, a New Year means new jobs. Companies have new hiring budgets and sales forecasts to act on at this time. Recruitment managers are refreshed after a holiday vacation and eager to start filling newly created positions. Moreover, many workers resolve at this time of year to make a career change. This creates opportunities in newly vacated positions. For all these reasons, the January-February timeframe is the springboard of a hiring season that continues throughout the spring.

2nd Quarter – The 2nd Quarter is also a good time to job search. Although the later you wait, the fewer job options you might have. The ranks of new hires towards the end of this quarter tend to be filled out by newly minted college graduates. But hiring for many industries peaks in the spring, especially Construction, Tourism and Hospitality. It’s also common to find, at this time, many hiring managers scrambling to fill open spots before the office empties for the summer months.

What about the 2nd half of the year?

3rd Quarter – Not surprisingly, hiring surges for seasonal industries like Tourism, and Outdoor & Leisure are typical during the summer months. Education also sees a big boost, as school districts seek to replace non-returning teachers. Professional industries, however, tend to experience a hiring lull. To the extent that companies are hiring, the available jobs are more likely to be seasonal or lower-level positions. After all, it’s hard to set up interviews and streamline the hiring process when people are on vacation.

4th Quarter – Back-to-school season is also a “back-to-work” season, with hiring bumping up again. Rejuvenated once again from their summer vacations, hiring managers are keen to fill available spots in their departments during September and October. They are often motivated by a “use it, or lose it” mentality because whatever funds might remain in their hiring budget at the end of the year will disappear.

In November and December, however, hiring falls of a cliff. The glut of major holidays and depleted budgets puts hiring on hold for many industries.

The chart below tells the basic story of hiring during the year, but remember that not every industry falls neatly into this pattern. Hiring in Retail, Warehousing, Transportation and Customer Service, for example, surges during the end-of-the-year holiday season. Likewise, because January to April is peak business season for Tax and Accounting professionals, hiring in these industries tends to happen outside these busy months. 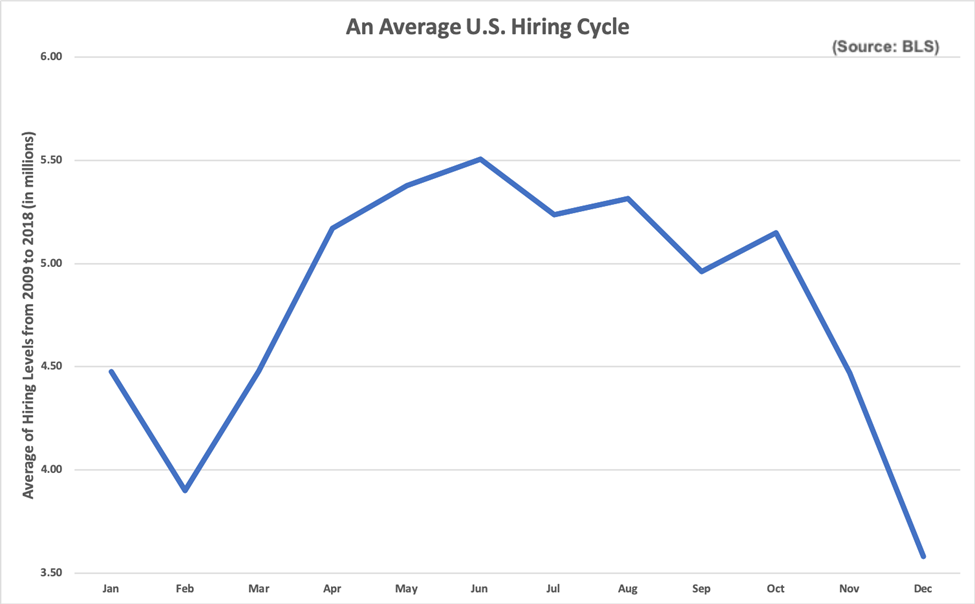 Regardless of the season, you should never be doing nothing if you’re a job seeker. Slow times are ideal times to be researching new options, developing new skills and, most importantly, networking. All of these tasks take time and are incredibly important in positioning you to act quickly when the right opportunity presents itself.

Create Your Own Hiring Advantages

If you are trying to figure out the best time to start a career change, familiarizing yourself with cycles and trends that influence hiring and recruitment is a useful place to start. But careers begin and end regardless of whatever economic trends, seasonal cycles, and industry changes are doing. So, when you’re trying to decide the best time to start your career change, the answer is NOW.

The most important influences on your recruitment by a future employer are the ones that you create for yourself. That means that you should keep abreast of what is going on at your target companies. Watch for news announcements that may identify an optimal time for you to make your move. Some hiring managers budget for positions early. Slan ahead and be prepared to send a resume at anytime.

The best time to get a new job is always whenever the right job comes along. The timing of that might be unique – completely outside typical hiring cycles. It could be NOW. So, continue to network regularly. Build relationships. Develop new skills for yourself. And prepare to move quickly when the right opportunity comes along.