Consulting Can Be a Bridge to a New Career 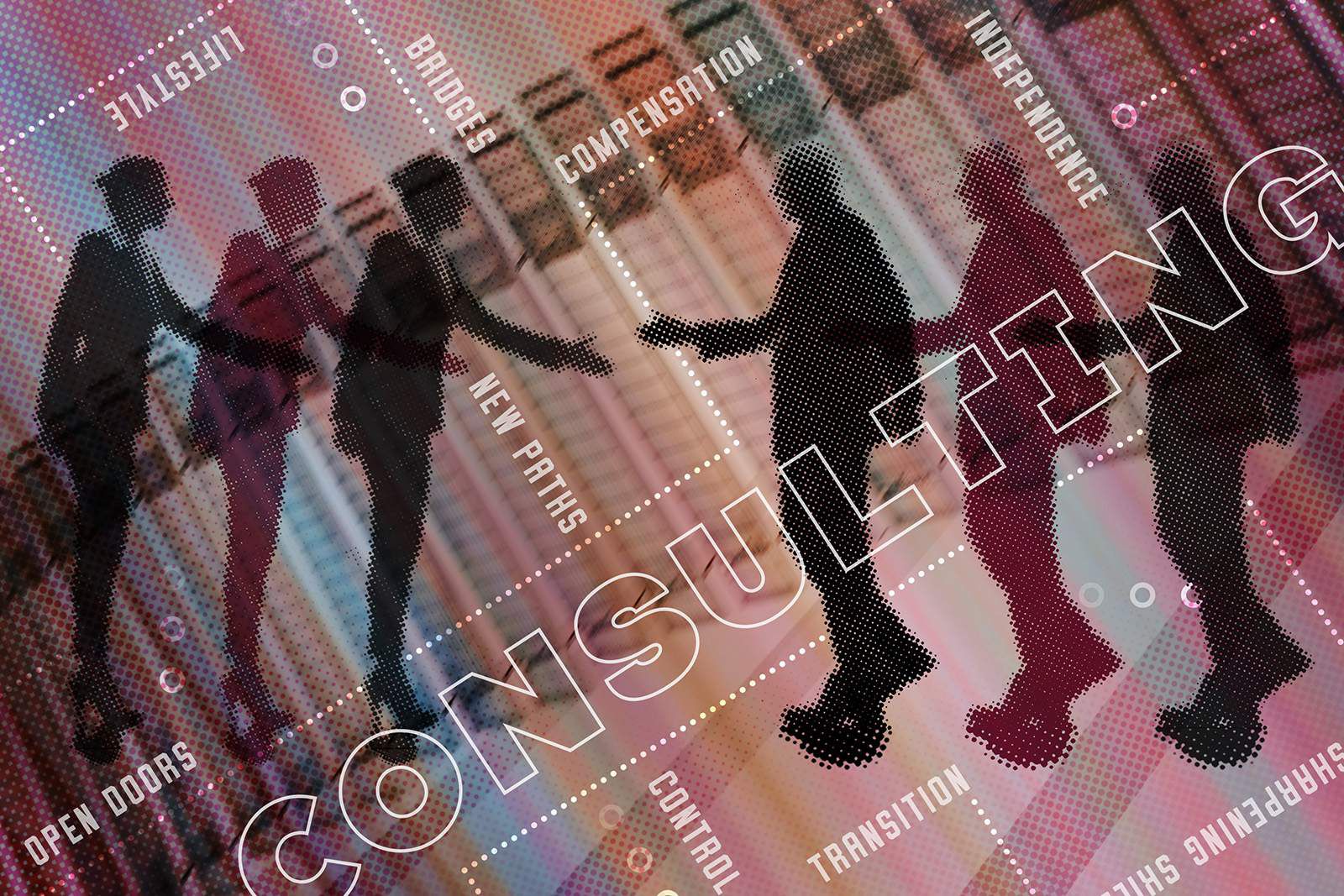 Cameron Carnegie’s career was derailed when the pandemic devastated the global airline industry. A specialist in aircraft conceptual design, he had been recently hired as senior technical advisor by a French aerospace multinational. It was an executive position, which was new for Cameron. But he was also an ex-patriot, which meant that he was among the first to be let go. Cameron returned to North America to wait out the pandemic and plan his next move.

“Sure, I’d be better paid as an executive,” said Cameron, “But would I be happier?”

Cameron took a leap of faith and started an aircraft conceptual design consulting business. He offered his engineering expertise to both established and startup organizations. He didn’t know if he would be successful, but he’d always wanted to try. This was the right moment.

At one point, a client offered to bring him on full-time, but Cameron decided against it. As a consultant, he reasoned, he controls how he spends his time. Also, he owns the rights to patents he develops, not an employer.

“Running my own company is terrifying. But it gives me the freedom and the lifestyle I want to have,” Cameron said at the start.

Nearly three years on, Cameron is still at it. He’s just one of a rising number of Americans jettisoning traditional employment for independent work. Some, like Cameron, choose to do it full time. Others use consulting to try out a role prior to committing to a full-time position. Still others use consulting to pick up new skills to transition to a new industry. Some even do a hybrid of salaried work and consulting.

In the post-pandemic work world, there are myriad ways to use consulting as a bridge to a new career.

Independent Working on the Rise

Independent work is challenging to measure, but management consulting firm, McKinsey, tracks it. According to McKinsey, there is a growing number of independent workers in the American workforce.

In a recent survey, 36% of working Americans – about 58 million – identified as independent workers. That’s up from 27% in 2016, a significant increase and a “seismic shift in how Americans work and support themselves.” Notably, a third of employed respondents earning north of $100,000 said they work independently.

McKinsey sees several catalysts for the increase. One of the biggest was the effort by companies to weather volatility during the pandemic. To become more agile, they shifted to using more independent workers. For individuals, independent work was a means to gain greater pay – or necessary income – during the downturn. When individuals discovered that it also gained them greater flexibility and control over the work they do, many made it a lifestyle.

Mara’s job search journey is a great example of someone who did just that.

Mara was manager of compensation at a construction management firm in Boston before the pandemic. During Covid Mara’s job was eliminated. She got a 6-month consulting gig while she searched for a full-time job. She landed a full-time job at a large healthcare organization in Orlando, but the compensation was lower than she wanted.

So, Mara returned to consulting full-time. Not only was it better pay, but it was also more flexible – and fully remote. Mara joined a consortium of independent compensation consultants with whom she could share her workload if necessary.

A year later, one of Mara’s clients asked her to come on full-time. She accepted – but she still consults on the side. She sees no reason to give it up. “Consulting has been very good for me,” said Mara, who now enjoys the perfect hybrid of salaried and consulting work.

A Means to an End

The top reason for high earners to do independent work is because, like Mara, they enjoy it. The Wall Street Journal (WSJ) recently reported on the increasing appeal of high-end contract work. “Once viewed as an off-ramp for executives drifting toward retirement or a life-raft for those struggling to re-enter the workforce after a break, independent consulting has emerged as a viable, and even attractive, option in today’s hot job market.”

The article cites more money, flexible hours and control over the type and amount of work performed as enticing perks. It also references a 2021 survey by freelance platform, Upwork, showing that the number of skilled freelancers providing services in high demand – like computer programming, writing, business consulting, marketing, and information technology – had expanded.

For Vinod, however, consulting was not a goal, but a means to an end. After 11 years at one company, he decided to explore new opportunities. He landed a 6-month contract as a director of intellectual property with the potential to go full-time. The arrangement enabled Vinod and his new company to evaluate each other before making a commitment. At the end of the contract, Vinod was invited to continue at the company.

“I am grateful this worked out. This position was very competitive, and I feel lucky to have gotten it,” said Vinod.

A short-term contract can be a godsend, too, if the job turns out to be a nightmare. That was the experience of, Georgia, a talented lawyer from New York City when she took a 3-month contract position with the potential to go full time. The pay was great. But it couldn’t make up for the disorganization, onerous workload, and unsupportive work culture she encountered. After three months, Georgia was relieved to be able to fly to Europe to decompress for a few weeks.

To be sure, independent consulting comes with challenges. These include access to healthcare, healthcare insurance, unreimbursed business expenses that reduce net income – not to mention work insecurity. Independents must market themselves, continually prove themselves, and they don’t get paid vacations. They must also pay both the employer and the employee portions of their social security contributions.

These are significant challenges to weigh against the benefits. But the landscape is shifting in ways that allow people to layer consulting into their careers in ways that work better for them. More companies are willing to hire consultants than ever before, for example. Mara, for one, has noticed a huge change in the availability of consulting opportunities today.

And options for working remotely have exploded. Jody Greenstone Miller, co-founder of Business Talent Group LLC, a company that connects independent consultants with companies who want to hire them, notes as much in the WSJ article. Before the pandemic, roughly 80% of projects Miller recruited for had an in-person component. Today 90% of those projects are all-remote, she said.

For some people, consulting is a valuable way to sharpen skills and build confidence as they transition to new careers. The Acceleration Project, a nonprofit that delivers high-caliber professional services to small businesses, has even built a business model around this concept. It recruits professionals in the process of transitioning their careers to consult pro bono on projects. In exchange, the organization offers professional tools and training, peer coaching, networking opportunities, and other benefits.

​“My time spent working with this group of extraordinary women was invaluable in preparing me for this next phase in my career,” writes one consultant in a testimonial.

Employers, in recognition of the times, are increasingly adapting to employee demands. McKinsey found that 58% of employees today can work from home one day a week, for example. This may mean that fewer employees will be drawn to contract jobs going forward.

Such developments are great news for employees who are inclined to stay in salaried positions. Everyone else, meanwhile, can take heart in the numerous ways that consulting can be a bridge to a new career.

Read next: The Enormous Power of Weak Ties