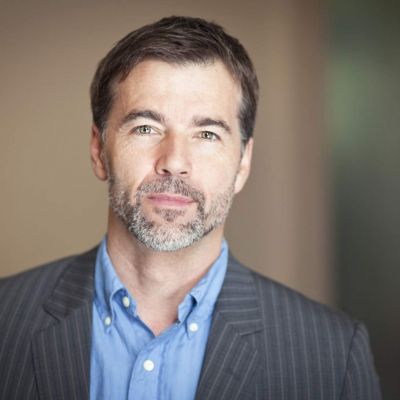 Client: Russell was director of engineering at an international traffic safety solutions company.

Process: After first focusing on aligning his job search with personal priorities, Russell steadily revamped everything from his resume to his interview techniques.

Landing: Russell landed a position as a plant manager through a recruiter, and leveraged newly acquired skills to negotiate a better compensation package.

Study: As director of engineering for an international traffic safety solutions company, Russell lead a team of seven in overseeing operations, R&D, and supply chain. He managed national accounts for various aspects of the company, and achieved many successes, including growing revenue, eliminating expenses, and increasing product margins. His team developed new processes and patents that were cutting edge for the industry.

When a private equity firm bought the company and began preparing to sell the organization, however, Russell saw the handwriting on the wall – it was time to go. He took a few months off to reconnect with family and soul-search on how best to move his career forward, and then launched his job search.

“I sent resumes to recruiters and got some interviews, but nothing panned out. I was pretty surprised,” said Russell. “Based on my work history and experience, I thought I’d get picked up quickly.”

Russell knew how successful job hunts work – you have to get your resume into the hands of the right person. In the past he’d used headhunters and recruiters to do this, but this time it wasn’t working.

“Applying directly to companies and sending my resume to recruiters wasn’t getting me a second look. I applied to jobs whose job descriptions I matched perfectly, and I received zero response from 90% of them,” said Russell. “I was dead-on in experience, and I wasn’t getting picked.”

That’s when Russell contacted The Barrett Group (TBG). Time was of the essence. The last thing Russell wanted was to be forced to take a job out of desperation. At the same time, the further he got from his last job, the more questions it would raise among prospective employers.

“I wanted to move my career forward, but my money supply isn’t endless. It was worth getting professional help because it would speed up my job search and increase the probability of it advancing my career,” said Russell. “I went with The Barrett Group because of its extensive program. They don’t just update your resume, and throw you out there. They have multiple steps, including a personal analysis, and helping you produce a professional business plan. Other companies don’t offer the same level of detail.”

Russell found the Clarity component of the TBG program to be extremely helpful because it forced him to reflect on things that are important to him that he had neglected during his career.

“When you get wrapped up with a job, you lose focus on things. Had I gone through this process a few years ago, I would never have taken my last job,” said Russell. “The Clarity program made me see the importance of having a job that revolves around my priorities: family, personal time, professional growth, and financial security.”

With his career consultant, Lori Chevalier, Russell steadily worked on honing his resume, references, cover letters, and LinkedIn profile. He beefed up his networking, sharpened his interview skills, and fine-tuned his target markets. Within about one month, Russell began sending out resumes.

“My timing was impeccable. I got really good responses and several interviews from my resumes early on,” said Russell, “but when Covid hit, hiring in manufacturing froze. I was panicked big time! If it weren’t for unemployment and the federal stimulus package, I would have been in serious financial trouble.”

Covid, notwithstanding, Russell continued his job search. He doggedly worked his network. Finally, Russell had a breakthrough when a recruiter reached out to him about an opportunity right up his alley – to be a plant manager.

After a series of virtual interviews, Russell was invited for a tour of the facility and to meet the team. The process went great and Russell was soon offered the job with the same base pay as his previous position plus several attractive perks.

He immediately turned to The Barrett Group for help in negotiating the offer.

“I was concerned about moving to a place with a higher cost of living. I wanted to make sure I could sustain my current lifestyle,” said Russell.

The TBG team did a cost of living analysis and reviewed the offer. They coached Russell to request a signing bonus, a moving settlement, and a raise in base salary, which sweetened the final package by $9,000. He is thrilled to be back doing a job where his passions lie.

“In so many ways The Barrett Group helped me. If I had not hired them, I might still be looking for a job today – or I’d have settled for something at much lower pay,” said Russell. “It was money well spent – and, in the end, I recovered my investment.”
2022 © The Barrett Group | Privacy Policy (US) | Cookie Policy (US) | Disclaimer