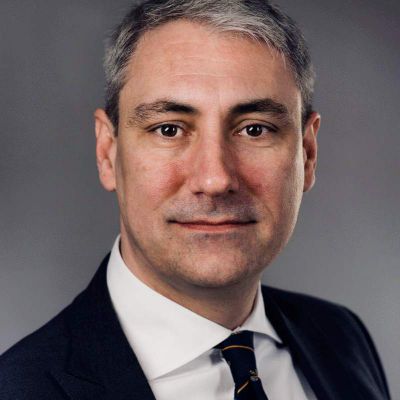 Client: Robert Hukshorn was interim general manager for a Dutch innovator of diagnostic and analytical tools for the beauty industry.

Challenge: When his interim position ended, Robert sought a new job, but Covid had changed the job market, and he knew he had to learn to job search differently from how he’d done it in the past.

Process: Robert boosted his network and strategically leveraged his contacts to slip in the backdoor of a company for a position that was a perfect fit for his skills, experience, and long-term goals.

Landing: Robert is the new segment director petfood of a global leader in metal packaging, a position that satisfies nearly every aspect of his 5-year goals.

Robert Hukshorn was interim general manager of a Dutch innovator of high-tech, diagnostic and analytical tools for the beauty industry. An experienced change manager, Robert succeeded in achieving some aggressive organizational improvements at the company, including reducing working capital, growing sales, and reducing default rates. It was his first taste of being managing director of a company – something to which he’d always aspired. When he stepped down, he took a short break before looking for another position.

His timing, unfortunately, coincided precisely with the Covid-19 pandemic.

“I didn’t consider my next move before I left the company because I needed to clear my head. In February 2020 I did what I always had; I lined up some interviews. Then Covid happened. One day I had three or four opportunities cooking; the next day they all stopped,” said Robert.

Robert continued his job search for several more months without results. By May, he knew he needed to do something different.

“What had worked before wasn’t working anymore,” said Robert.

As Robert sat googling recruiters, he began to wonder if there weren’t a better way for job seekers to get the help they need.

“Headhunters and recruiters work for the company, and I thought: Isn’t there someone that does it the other way around? Then I stumbled on The Barrett Group and thought: This is it! They are doing something different!”

Robert had never used an executive coach before, so he did his homework.

“I asked a few people I knew in the recruitment world if they’d heard of The Barrett Group. Only a few had, but none had worked with them. I filled in the form and within a few days I was talking to a company representative. Obviously, I asked for a reference. I feel that I got a really honest portrait of what the process entails. There is no magic wand and you get a dream job. You need to do the work,” said Robert. “In the end, I took a leap of faith because it was a method I’d never tried before.”

In signing on with TBG, Robert wanted guidance on honing his job search and building his network.

“It was really good – way better than I expected!” said Robert. “I expected everything to be focused on the career path, but you also focus on personal goals, like work-life balance, health and fitness, and 5-year targets.”

The greatest benefit Robert got from Clarity (including the motivation to lose 25 kilos) was that it became very clear that a position of general manager, impressive though the title may be, was not for him.

“I realize that I derive my energy from the commercial and technical side of business and less so from the operational side,” he said. “That focused my job search. I put that and other goals on my wall so every day it would remind me: These are my 5-year goals!”

He also narrowed his search to the high tech and packaging industries. As Robert began working with his career consultant, he found himself reflecting on that “dot on the horizon” often during his job search, which helped him stay on track.

“The next step of the program is totally different from Clarity – it’s business!” said Robert. “Working with Greg Emslie, I really came to understand how the job market works.”

Robert had used both the published and unpublished markets in previous job searches, but he found this time was a very different experience because he learned how to be strategic.

“It’s a sales funnel! When you understand what influences a company to hire you, you can consciously take steps to increase your chances of success,” said Robert.

Robert doggedly followed TBG’s program. He updated his resume, built up his social capital, and leveraged LinkedIn to search for new opportunities. Before he had enlisted TBG, he had searched for people in the packaging industry in the Netherlands and invited them to connect. Many did, but until he joined The Barrett Group, he didn’t know how to make those connections useful. With his newfound education, though, he created a spreadsheet of his new contacts and wrote each one requesting a 15-minute conversation to get to know them. This turned out to be the key to his landing success.

“I saw a position for ‘segment director petfood’ of a packaging company that was so close to my 5-year target. I submitted my resume and a PowerPoint presentation that laid out all my qualifications through their website, but there was no hiring manager’s name associated with the position. I felt like I was throwing my resume into a black box,” said Robert. “So I leveraged the unpublished market as I’d learned.”

Robert noticed that one of his new contacts had recently worked at the company. He reached out for more information. Before long, he had the private cell phone number of the hiring manager in hand and was able to reach out directly to the decision maker. They had a great conversation.

“He told me that he knew in the first 30 minutes that I was the guy for the job,” said Robert. I entered the game just in time – even two to three weeks later would have been too late!”

Robert signed a contract two months later and is elated to have had such a successful landing.

“It’s absolutely fantastic! I wake up with a big smile in the morning and I go to work singing,” said Robert. My new colleagues have been extremely welcoming. It’s been one of the best onboarding experiences I’ve ever had.”

Robert truly valued the help he got from his coach.

“Greg was a critical co-thinker during my job search. He is someone I can brainstorm with and has been an extremely good sparring partner for me – asking the right questions, like, How will this opportunity help my long-term goals?” said Robert. “With the help of Greg and The Barrett Group, I didn’t get nervous. I stayed focused on my goals and made a conscious choice about where I wanted to be. All this has been tremendous value.”
2021 © The Barrett Group | Privacy Policy (US) | Cookie Policy (US) | Disclaimer