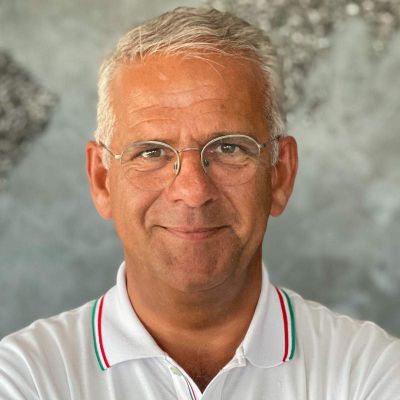 Client: Peter Witke was head of international sales at a medical supply company in northern Europe.

Challenge: When an executive-level disagreement about management structure forced him to seek other employment in the middle of the Covid crisis, Peter knew he needed help.

Process: Reeling from an unanticipated severance, Peter benefited greatly from the Clarity program, which helped him better understand himself and his ideal work environment.

Landing: In two months, Peter landed a role as chief commercial officer at a company with a great need for someone with his skillset.

Study: As head of international sales for a spinal device medical supply company in Germany, Peter Witke oversaw distribution to 37 countries around the world. He designed local strategies for business partners, managed the corporate sales structure, and set organizational goals. He racked up many impressive achievements, including 39% growth in Europe. Despite his accomplishments, however, a disagreement with company leadership about management structure evolved into an untenable work environment, and Peter left the company.

Peter had always managed his job searches and knew what to do. He contacted recruiters, reached out to his network, and signed up for LinkedIn Premium for premium job access resources. But this time was different – the Coronavirus had just begun sweeping across Europe.

“At the start of Covid all the responses I got from recruiters and hiring managers were a variation of ‘We aren’t hiring now because of Covid,’” said Peter. “I also learned that, nowadays, the majority of CVs are run through an algorithm that easily filters you out if you don’t tick a certain box. I hadn’t run into that before.”

As a homeowner and a father of four over age 50, Peter felt a high level of stress about his financial situation. He knew he matched the profile of someone who can expect high hurdles to a successful job search. So, when he learned about The Barrett Group (TBG) and the robust professional support they offer jobseekers to leverage the unpublished market to find their dream jobs, Peter was intrigued.

“I found The Barrett Group’s story appealing. When I heard from The Barrett Group that 75% of all jobs are found in the unpublished market and they can help me access it, I became very curious to find out what they do differently from what I have always done,” said Peter.

Peter first talked to Tomasz Lisewski and was impressed by TBG’s sales offerings. He remained skeptical, however, until he interviewed TBG CEO, Peter Irish, too.

“I became convinced that TBG could open doors to me that were currently closed – even in a completely different industry,” said Peter.

Peter signed on with TBG and began the Clarity program, which to his surprise, turned out to be the most valuable aspect of his entire experience.

“The Clarity program was a real eyeopener for me, especially the DISC profile exercise,” said Peter. “It was the scariest experience in my life to answer 24 questions and have it yield a 20-page analytical report about my skills and personality that was spot on! The report included what other people say about me. It wasn’t all positive, but it also made me better understand why my last job failed.”

Peter learned a lot about himself, including the kinds of management structure that fit and don’t fit his personality and skills. The coaching that followed built on that understanding.

“My Clarity coach, Julie Holifield, really helped me process my situation and figure out a reasonable next job. She was very compassionate at a time when I felt vulnerable,” said Peter.

Next, Peter was assigned an Executive Career Consultant and Program Manager, Paula Nordhoff, who gave him various tasks and guided him on how best to benefit from LinkedIn, leverage his network, get in front of hiring managers, and represent himself on his CV. Peter threw himself into the work, meeting twice per week with Paula.

“It was obvious that Paula was very experienced. She realized that I was in a difficult state of mind. I wasn’t just looking for a job, I was surviving life. She kept me very active, which was important to me psychologically,” said Peter.

Peter’s ultimate landing stemmed from a contact he’d made months earlier at a medical exhibition. The head of another medical device company desperately needed someone with Peter’s skills and experience to commercialize his products. He was thrilled to consider hiring Peter as soon as sales in medical devices recovered from the Covid downturn.

With Paula’s help, Peter nursed the relationship for several months, offering the CEO ideas and a proposal for a corporate strategic plan. Peter was finally offered an employment contract as chief commercial officer of this exciting company – and at a compensation level exceeding that of his previous position.

He couldn’t be happier.

“This has been a great learning experience,” said Peter. “I greatly appreciate the compassion shown to me by my two coaches, and their willingness to support me in getting to my next role. This coaching can really make a difference in how you approach the job market.”
2022 © The Barrett Group | Privacy Policy (US) | Cookie Policy (US) | Disclaimer