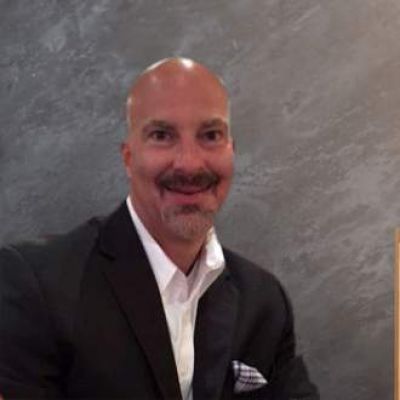 Challenge: After a long career starting successful businesses, Matt was facing burnout. He wanted to find one position that would fulfill his many passions, but he didn’t know what role that might be.

Process: Matt got enormous value from being pushed to honestly assess his values in the Clarity Program and aligning them with his talents to develop a more fulfilling, strategic career plan.

Landing: Matt proposed creating a director of operations position to a startup nonprofit where he volunteered as a life coach, negotiating a graduated compensation plan they could grow into.

Study: A self-professed visionary and innovator, Matt Fretwell had spent 20 years following his passions and creating successes out of just about everything he put his hand to. A talented chef, he launched his entrepreneurial career as owner and operator of several acclaimed restaurants. Later, his faith led him to create non-profit ministries, found and revitalize churches, develop doctorate-level training programs for other church starters, and pen multiple inspiring books. His depth and range of experience made Matt a sought-after consultant about leadership, ministry, and community engagement for many organizations.

Matt loved what he did, but over time, the challenges of juggling so many roles in his career began to wear him down. Facing burnout, Matt decided to make a change. He wanted to channel his gifts and talents into one position that would both pay the bills and fulfill his many passions.

“I was getting tired of having multiple streams of income. It’s a lot of work shifting gears,” said Matt. “I felt a push to transition to the business side of altruism and thought that a C-suite level position in the nonprofit world might align well with my gifting and talents.”

Matt knew well his strengths and interests: restoring humanity, community outreach, public speaking, strategic organization, and leadership, to name a few. He also knew, however, that finding a position that utilized all his qualities would be difficult. So, he enlisted professional help.

It was humbling at first for Matt to be on the receiving end of coaching sessions because he was used to being the person administering consulting services to others. He was astonished to discover how much his thinking developed when he yielded to the process.

“The Barrett Group really exceeded my initial expectations. I thought I’d just need their help locating a good fit at the income level I was seeking. I didn’t expect to need help in personality assessment, but I was fooling myself. My [Clarity] coach, Ken Malouf, really challenged me to be honest and transparent about my values and goals. Those discussions revealed a lot about how I could follow my inclinations,” said Matt. “Sometimes it is beneficial for us to swallow our pride and recognize that we need a fresh set of eyes to look at our situation.”

Over four weeks Matt took various assessments. Then he and his coach worked together to identify goals that align with Matt’s talents and values and create a long-term personal strategic plan.

“It was eye-opening. You think you know yourself, but I learned that I have some deep-seated values that I was pushing away. This was partly why I was burning out. Ken would dig deeper and uncover things that I hadn’t put on paper. He’s got a great talent!”

Matt was equally appreciative of his coaching experience when he moved onto the next phase.

“I really enjoyed working with Lori Chevalier. There is a lot you learn in this second phase, much of it about social media,” said Matt. “I had always thought of myself as an experienced networker – I have thousands of connections on LinkedIn and Facebook – but I’d always been on the side of helping others. It was uncomfortable for me to be in the position of asking someone else for help. But I went with it.”

Matt also really valued how Lori pushed him to use metrics in his interviews, negotiations, and resume. What he thought had been a really good resume was not actually the case, so “reconstructing” his resume was highly beneficial. When he began shopping it around to recruiters, his inbox blew up with responses.

The Covid crisis hit in the middle of Matt’s job search and dampened recruiter interest, but he continued to use LinkedIn to find appealing opportunities and leverage his connections to develop an “in”, having faith in the process.

Matt was aiming for a C-suite level position at a nonprofit or a small business with an altruistic mission. He thought he might have found the right fit with a cancer foundation where he interviewed for a director of operations position. They wanted him to raise $5 million for their organization and he knew he could do it. But something felt off.

“I wish I could do for Salvage USA what this potential employer wants me to do,” Matt told his wife. He was referring to a startup nonprofit organization that engages emotionally-scarred military personnel in restorative, community-focused activities. As a volunteer life coach at Salvage USA, the organization had become near and dear to his heart. To his surprise, his wife suggested he talk to the team at Salvage about it.

As luck would have it, the founder of Salvage quickly recognized the value to his organization of bringing Matt on as a director of operations. He didn’t have the money to pay Matt much, but Matt proposed that he work largely on an incentive basis the first year, taking a percentage of any new money he might bring in, rather than a straight salary.

“He took my proposal to the board and they agreed!” said Matt. “That came about through the coaching I got with Ken and Lori. I utilized all the things I’d learned. It was comprehensive.”

Just two weeks into his new job, Matt is loving the challenge and a renewed sense of purpose from helping a cause he deeply admires.

“I’ve already submitted a half a million dollars in grant proposals to 12 different organizations. I have even more lined up. In the end, if I do my job well, it will more than pay itself off. I would have not have taken this position, with a compensation incentive like this, if not for The Barrett Group. They have given me confidence that I can do this!”
2022 © The Barrett Group | Privacy Policy (US) | Cookie Policy (US) | Disclaimer