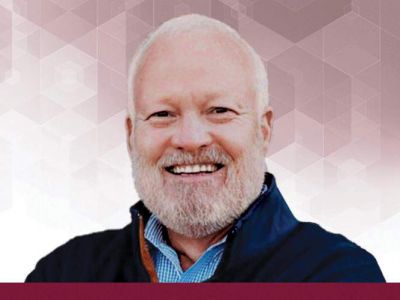 Challenge: Sven wrapped up a four-year project with a large client just as the pandemic began making headlines, and finding another gig became impossible.

Process: After deciding to find a salaried position, Sven revamped his resume and LinkedIn profile and leveraged his network of contacts to seek unpublished job opportunities.

Landing: Sven was hired as the senior project and construction manager for an exciting endeavor to build the world’s largest hydrogen production facility.

Study: For twenty years Sven Leverson ran a high-end consulting and project and construction management firm for clients needing improvements in engineering, construction, technology, and business processes. Typically engaging one client at a time, Sven had always navigated from one gig to the next by word of mouth. In December 2019 he wrapped up a four-year job with an industry-leading power generation and energy storage solutions provider and began looking for his next opportunity. Within weeks, however, the Covid-19 pandemic was surging, and Sven struggled to find any work at all.

“I had quite a dry spell after my last consulting position. I did not work at all during 2020 or the better part of 2021,” said Sven.

Sven spent ten months job hunting on his own, flooding the job market with his resume. Using numerous job-seeking sources, from LinkedIn, Indeed, and ZipRecruiter, he sought both consulting gigs and permanent positions. Although he managed to line up quite a few interviews, none of them resulted in a position. Finally, in October 2020 Sven decided he needed professional help and hired The Barrett Group.

“By then I had made up my mind to shut down my business and look for a permanent role with a company. My reasons were a combination of factors, including my age and because I wanted to take advantage of company benefits. As a consultant, when you don’t work, you don’t get paid,” said Sven.

Sven was immediately impressed with The Barrett Group program’s range of offerings.

“The number of offerings and the training provided by The Barrett Group was so helpful. I’m a process type of guy, and I really enjoyed this process,” said Sven. “I wanted to know what I was doing wrong in my search and, lo and behold, I found out that coming in through the back door to land a job is the recipe for success. I had never done that in the past. I was just sending out resumes and hoping!”

The Clarity Program, which comprised only two weeks of Sven’s overall TBG experience, turned out to be a highlight.

“My Clarity coach, Scott Brown, was great. I had never done anything like it before. He had me thinking of all the various areas that I should focus on to achieve success, like health, family, and career, and then he pointed me in the right direction,” said Sven. “He also had a way of presenting all the material in an engaging way. I really enjoyed working with him.”

Sven found that the Clarity experience motivated him to pursue subsequent processes within the TBG Program with excitement.

In the next chapter of his journey, Sven was open to working anywhere in the country and in any industry, but because of his familiarity with the power industry, that’s where he focused his job search. He started by overhauling his resume.

“I was ecstatic with the way my resume turned out. We reformatted it, developed definitions for my roles that made sense to employers, and assigned metrics to my activities over the years,” said Sven.

He was also delighted with the updates to his LinkedIn profile.

“I thought it turned out exceptionally well. I had been active on LinkedIn before starting with The Barrett Group, but my profile dramatically changed with their help. They also taught me how to use LinkedIn Analytics to search for employment opportunities. That was all new to me. I didn’t realize you could do so much within LinkedIn.”

As a man who has made a career helping others improve their processes, Sven was particularly cognizant of TBG’s processes.

“All of The Barrett Group’s processes are exceptional, and they build upon each other. They pointed me in the direction for success. They are well-documented and easy to follow,” said Sven.

Being task-oriented, he also appreciated the weekly schedule of ‘To-Dos’ he was assigned by his career consultant.

“Greg Emslie assigned me things to read and tasks to complete. The approach was extremely helpful. He had a knack for moving things along expeditiously in a way that fitted my background and experience.”

The task of building social capital turned out to be a particularly positive aspect of the overall process for Sven – and the key to landing his new job.

“It was a great experience developing my social capital. I communicated with a plethora of people that I hadn’t spoken to in a long time. It was thanks to someone from my network that I landed my new job. A man I used to work with called me out of the blue. He said he had been thinking of me and asked me if I was interested in a new opportunity.”

The opportunity in question was for a senior project and construction manager charged with overseeing the building of an underground salt cavern in the Utah desert to store hydrogen, the construction of a 220-megawatt electrolysis facility – the largest in the world – that would produce hydrogen to store in the underground salt caverns, and, ultimately, to build a power plant to utilize a blend of hydrogen and natural gas to power the combustion turbines. And, yes, Sven was very interested.

“We had some aggressive negotiations over the compensation package. Dan Resendes coached me on these and came up with some unique and very helpful questions to ask about the offer letter. I ended up having a very successful negotiation. Dan did a phenomenal job. My benefits at this company are awesome.”

It took Sven a full year to land his job after joining The Barrett Group, but he is incredibly appreciative of the journey that he has had.

“I used to think I could do anything on my own – that I didn’t need help to successfully advance my career, but I had a rude awakening. Through The Barrett Group’s process, I learned a different approach – something I should have been doing all along.”
2022 © The Barrett Group | Privacy Policy (US) | Cookie Policy (US) | Disclaimer