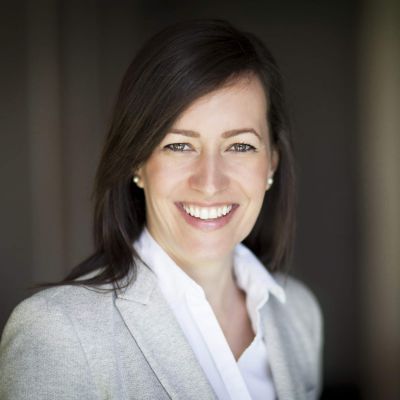 Client: Mara was manager of compensation at a national construction management firm in Boston.

Challenge: When Covid forced state-wide construction suspensions, Mara’s job was eliminated, and she struggled to find work in the deteriorating economic climate.

Process: Mara narrowed her search to the industries that interested her most, used advanced LinkedIn skills to uncover leads, and leveraged professional preparation to nail the interviews.

Landing: Mara accepted a position as a senior compensation consultant in one of her two target industries, and is much closer to family.

Study: Mara worked as manager of compensation for five years at a Boston-based design and construction firm. She created and implemented compensation strategies, collaborated with talent acquisition to hire and retain top talent, and helped the company achieve 100% pay equity. But when Covid hit and the company’s activities were put on hold, she was one of hundreds of company employees who were furloughed and, as clients scaled down or canceled their projects, ultimately let go.

Even before she was terminated, Mara started reaching out to people in her network for leads. She lucked out by landing a 6-month contract position, but she knew that chances were good that her company would not be able to retain her indefinitely and that she was on borrowed time to find a new job. So, she enlisted the help of The Barrett Group (TBG).

“I thought The Barrett Group could identify things that I should be doing but was not doing,” said Mara. “I also felt that a coach might be able to help me with my goal of getting a position at the director level.”

Years ago, Mara had been a director of HR for another company, but she decided to sidestep and specialize in compensation. The career move was tantamount to jumping off one career ladder midway up and climbing from the bottom of a different one. It set Mara back a few years in her professional pursuits, but she hoped that the time had come to become a director again.

“My goal is to move into a director level role again,” said Mara, “But what I didn’t know is whether potential employers would recognize from my background that I’m director material.”

Mara started with the Clarity component of the TBG program and really valued how it illuminated what jobs and industries she likes and doesn’t like.

“Clarity was really insightful for me. I see job postings that I now know not to apply for because they wouldn’t retain my interest,” said Mara. “The Clarity assignments were good. They made me pause and think about stuff in a very introspective way. It was an opportunity to be really honest with myself.”

Next, Mara started weekly meetings with her career consultant and appreciated the solid advice she got on how best to answer interview questions and discern what hiring managers are looking for. She also learned how to ask smart questions to assess whether a workplace might be a good fit.

“A lot of the perspectives that George shared with me were game changing,” said Mara. “He saw things through a completely different lens – I looked at the face value of things and he read between the lines.”

Mara also learned from George how to maximize the potential of LinkedIn job searches.

“George showed me how to filter my job search and find people and companies that interest me. I didn’t know any of that before. It’s been fun to work with the LinkedIn filtering system,” said Mara.

Despite all the work she put in, Mara uncovered few opportunities that ticked off all of her boxes. She didn’t take it personally. Instead, she blamed Covid and figured it was just a matter of time before she found the right job.

Still, as the term of her 6-month contract was about to expire, the financial pressure to find a job began to build.

Then, a month before her contract ended, Mara got a call from the hiring manager of a large healthcare organization in Orlando who was looking for a senior compensation consultant. They had a good initial conversation, which led to several interviews and culminated with a job offer.

“They said I sounded like someone who has been with them for a while, and I also felt like I had worked with them already,” said Mara. “It was a really good match for me because I had worked in the healthcare industry before and wanted to again. Plus, the job is located in the same city as my parents and several other relatives, and living near them was one of my goals. I was excited when they made me the offer.”

The position is not the director role Mara sought, however, she is happy to be working in both an industry and a city that she targeted in her search.

“Two out of three ain’t bad,” joked Mara. “I’m near family now. In fact, I’m driving home to a homecooked meal right now. I’m living with my folks until I figure things out.”

Mara is optimistic about her future options. She is looking for opportunities to grow at this new organization and feels good that she is already excelling and having a positive impact. What’s more, George and The Barrett Group are still in her back pocket ready to help her maximize every career opportunity that presents itself.
2022 © The Barrett Group | Privacy Policy (US) | Cookie Policy (US) | Disclaimer