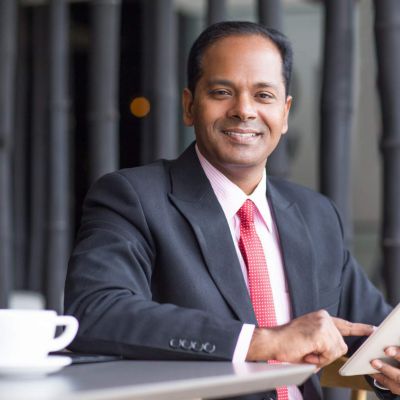 Challenge: Manan’s job search was stymied by an underdeveloped network in a field where most jobs are filled through networking.

Landing: Within four months Manan both landed a job that was a good fit and successfully negotiated a higher compensation package for it.

Study: When Manan found himself unemployed he didn’t initially consider himself an ideal candidate for executive coaching services because he had a track record of successful job searches during his career. He launched a job search on his own for a role similar to his previous position as senior director of systems quality engineering at a computer systems design company in Texas. Manan soon came to realize, however, that the number of jobs available at his level in his field were low, and competition was high. Worse, most open jobs were filled through networking.

“In my field, 80% of jobs are filled through networking. I didn’t have a large network of contacts and I’m not a very outgoing person. I knew that approaching people, especially for help in getting a job, was going to be difficult for me,” said Manan.

After job searching for some time with no leads, Manan decided to enlist expert help. He had never sought professional job search services, and wanted a firm that excelled at helping people find great job opportunities, especially in senior positions. He chose The Barrett Group.

“The track record of The Barrett Group stands out. Over 90% of the people they work with get jobs in three to six months,” said Manan. “And from the very beginning, it was clear to me that people at The Barrett Group know a lot more than I do about job seeking. I soon realized that I hadn’t been using all the avenues available to me to make my job search as successful as it could be.”

Manan appreciated that The Barrett Group views networking as critical in the job search. They soon introduced Manan to some proven strategies that he could employ without having to transform his personality.

“They advised me on how to reach out to people and let them know that I was job hunting. They also coached me on the importance of being an active participant in my network and sphere of influence.”

Manan found the help to be invaluable.

“After I took those first steps and reached out to people, a surprising number were happy to talk to me and connect me to people in their own network – even people I had not been in touch with for five or ten years.”

Manan insists that the best part of his experience, however, was his interactions with his executive career consultant, Vivek Agarwal. “Vivek was a valuable ally from beginning to end. He gave me an understanding of the overall roadmap, helped me prepare for interviews, break them down afterwards, and provided great pointers and feedback on how to fine-tune my job search. And he was always available,” said Manan.

Vivek also helped Manan focus on the positive when he failed to get one job that he had very much wanted, showing him how he could learn from the experience.

About four months after engaging The Barrett Group, Manan was offered a job that he was delighted to accept – but not before using some new negotiation tips to beef up the compensation package to include stock, an expense account, and even relocation assistance to facilitate a move from Texas to California. And now, going forward, he feels empowered to better undertake future job searches with new skills and, most importantly, a robust, new network.
2022 © The Barrett Group | Privacy Policy (US) | Cookie Policy (US) | Disclaimer