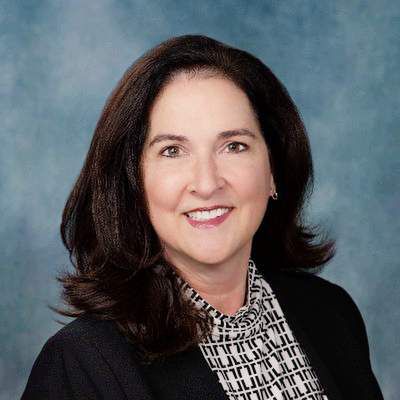 Client: Lisa was the office administrator for a regional office of an international law firm and another office that housed all the firm’s back-office support.

Challenge: For family reasons, Lisa wanted to relocate from the Midwest to the Northeast, but she was unsuccessful in finding a new position on her own during the pandemic.

Process: Lisa benefited most by leveraging her network, which included utilizing new technical skills on LinkedIn and robustly growing her LinkedIn connections.

Landing: Lisa took a position as executive director of a law firm in Massachusetts where she oversees the operations of the firm’s five law offices.

Study: Lisa spent five years as office administrator for an international law firm, a role in which she was responsible for managing the operations and facilities of a legal office in Kansas City and a second office that housed the firm’s entire back-office support. Lisa loved her job, but in 2020 she had to leave it. The combined catalysts of her children graduating from college and moving outside of Kansas and her growing concerns about her distance from other family members in Connecticut amidst a pandemic compelled Lisa to relocate to the Northeast. Unfortunately, her firm didn’t have any openings for her there. Lisa knew she would have to find a new job, and her firm graciously allowed her to continue working remotely until she did. Between moving and working full-time, though, Lisa was very busy and had little success with her job search. “I wasn’t getting anywhere on my own,” said Lisa. “After three months I decided to hire someone to help me.” She researched professional coaches online and found The Barrett Group (TBG). She liked the company’s unique approach. Its programming seemed extensive, introspective, and educational, services which promised to be relevant both immediately and in the future.

“I thought Clarity was super interesting,” said Lisa. “I learned a lot about the way I handle things in business, what kind of professional personality I have, and where I best fit culture-wise. (It has to be fast-paced and organized!)”

In her career transition, Lisa was open to considering a different sized firm, a new industry, and other changes. For her, the most important factor was location – it had to be close to her family.

When Lisa began working with her career consultant, they reworked her resume and went through other elements of the TBG program. But the area where Lisa had the most to gain was in building up and using her network.

“I had a lot to learn there. For me, that was the hardest task,” said Lisa. “Julie told me to call this person and that person. She coached me to ask them for advice, not a job. I’m not shy, but I thought it was all nonsense at first. I didn’t think networking would work. But it does. I finally came to that realization as I started talking to people. I thought, Wow! This person knows another person who has a job opening that he thinks I should apply for. The seven degrees of separation thing is amazing!”

Lisa ultimately became convinced about the merits of having a good network.

“In the beginning, I kept fighting it, but I finally learned to just follow the program. When I did do the work, I was asked to do, the program worked!” said Lisa.

Lisa’s coach also taught her a lot about how to utilize LinkedIn.

“I hadn’t really used LinkedIn a lot and it was a good education,” said Lisa. “I learned a lot about searching for people and positions, and how to connect with people I didn’t already know. When I started, I had only 20 people in my LinkedIn network; now I have over 300 people. I now recognize that LinkedIn is a great career tool – one I can use going forward.”

Three months after signing on with The Barrett Group, Lisa’s job search bore fruit, thanks partly to her newfound skills in building and leveraging her network, and partly to aggressively pursuing a job opening that seemed to be a stretch position.

“I saw a role advertised online for an executive director at a law firm in Massachusetts and I started working it. My resume didn’t match the job description, but I know law firms and what they are looking for. I knew I could do that job,” said Lisa.

As luck would have it, Lisa discovered that she had two solid connections to the firm in her network. The first was a friend at a different law firm who knew the person vacating the advertised role. The second was her cousin, whose boss knew the hiring manager for the open position. In both cases, she was able to garner a good word made on her behalf to the company when she submitted her resume and cover letter.

“Those connections helped me get the job,” said Lisa.

For Lisa, the new job checks a lot of her boxes, including great salary and benefits, having a decision-making role, advancing from office administrator to an executive director title – an admirable promotion – and, most importantly, the ability to relocate closer to family.

“Those are all huge. I didn’t believe in the usefulness of networks before, but that is what helped me get in the door. Knowing how to network is now one of my skills, and I feel 100% certain that it will be helpful going forward.”
2022 © The Barrett Group | Privacy Policy (US) | Cookie Policy (US) | Disclaimer