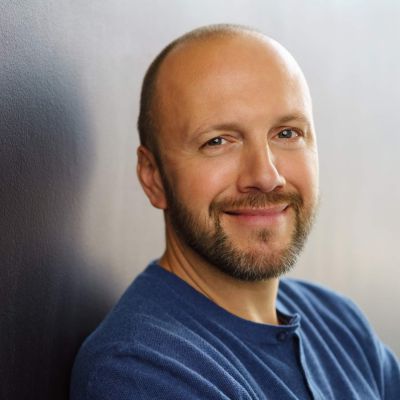 Client: James Harris was a sales manager for a contract manufacturer of electronic solutions for the aerospace market.

Challenge: When a change in senior management produced a shift in culture and vision, James grew disenchanted, but his efforts to find more satisfying employment elsewhere went nowhere.

Process: James learned to use LinkedIn to better advantage, sharpen his executive presence, and tailor discussions to his audience.

Landing: James was offered a leadership position as national sales manager in a similar field, at a company with a more appealing culture, and with the potential for a much higher compensation.

Study: James was a business development and sales manager of a small, family-run company that provides manufacturing services of mission-critical electronic solutions to the aerospace market. He led a team of six people in securing and closing multimillion-dollar contracts for U.S. commercial and defense contractors. He handled the entire lifecycle of manufacturing a product from cradle to grave to ensure it was quick, efficient, and satisfactory to the customer.

Three years into his tenure, changes in senior management prompted a shift in culture and vision at the company that didn’t sit well with James. His unhappiness spurred him to look for new employment over the next year. He began using job search sites and putting feelers out to his personal network of contacts.

“At first I was looking to change fields. I wanted to stay in sales, but I explored opportunities in the medical and software industries. I got a few interviews, but they weren’t satisfying and I wasn’t offered any jobs,” said James.

After nearly 10 months of job seeking, James became frustrated by the lack of traction he was getting and enlisted the help of The Barrett Group (TBG).

“I had revised my resume, tweaked my LinkedIn profile, and had impressive education and technical skills. I didn’t know what else I could do on my end to make the connections I wanted to make. So, I decided to get full service professional help,” said James.

James began his TBG experience by undergoing personality assessments in the Clarity program and learning what professional roles align best with his personality.

“I’ve gone through similar training previously, so much of the information I already knew. But it’s useful to be reminded of this kind of information every few years, and I also learned some new stuff,” said James.

In Phase 2 James began meeting weekly with his career consultant, Anne Lipsitz, who coached him on how to present himself in an optimal way to potential employers and how to emphasize his ability to fulfill their needs.

“It was useful to learn how to sell myself – especially my drive and my dedication. In the long run, competitiveness serves you better if you can harness it and utilize it as a professional asset,” said James.

James valued Anne’s help with learning to use LinkedIn better.

“Anne helped me not only with enhancing my LinkedIn profile, but also to navigate it in a way I didn’t previously know how to do,” he said.

She also helped him hone his “It” factor – the characteristics that makes someone really stand out as an executive.

“Anne had a career in sales, so she offered me a lot of advice on confidence, professionalism, and presentation. We discussed the importance of knowing who you’re speaking to – for example, if I’m talking to a CFO or a COO, I should keep in mind the different drivers or goals those individuals have with respect to their company,” said James. “From a career perspective, it definitely helped me a lot.”

Before long, James saw more responses to his efforts to build social capital, which translated into an increase in interview requests.

“I had become more visible in the market,” he said.

After three months working through the TBG program, James felt confident enough in his job search to resign from his job. He got some job offers, but turned them down as he waited for the right opportunity. Eventually, it came.

A recruiter for an electronic contract manufacturing company came across his profile on LinkedIn and reached out to him about a leadership position in the same field. After a number of Zoom calls with the owner and other key players of the company and a day touring their site, they offered James a job.

James feels that this position offers him more responsibility and more opportunity for growth.

“It checked most of my boxes and the time was right,” said James. “I like the direction the company is going. Also, the culture and the leadership of the company are very attractive. I’m very excited.”
2022 © The Barrett Group | Privacy Policy (US) | Cookie Policy (US) | Disclaimer