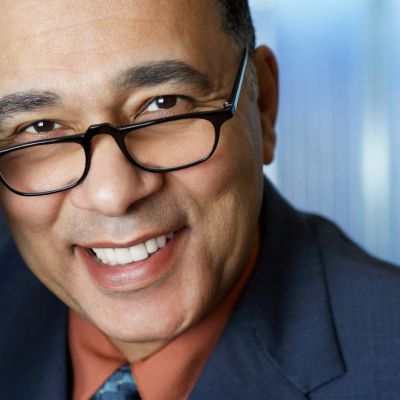 Client: Imran was president and CEO of a software startup that used AI in the production of interactive video technology.

Challenge: After recognizing that his company needed a leader with a different skillset than he offered, Imran left, but he sought help thinking through his next career move.

Process: With his coach, Imran evaluated the work environments in which he is happiest and most successful, then he leveraged his social capital to find professional opportunities that best suited him.

Landing: Imran’s efforts produced two excellent offers, and he ultimately opted for the position as president of a small health-tech company that jibed better with his personal goals.

Study: As president and CEO of a small tech startup, Imran worked at finding a market opportunity to commercialize the company’s innovative, interactive video technology. After nearly one year on the job, however, the company’s efforts struggled to gain market traction. Disappointed but realistic, Imran concluded that the business needed a different skillset than he offered and stepped down from his operations role.

When Imran left, he hadn’t yet formulated a new plan. His experience at the company made him introspective, and he wanted to reflect on why the company hadn’t performed as he’d hoped it would before he made his next move. He also wanted help figuring out how best to move forward.

“I had never tried to find a job on my own. Throughout my career, I was recruited out of my old job and stayed in my roles for a long time. I never built that job seeking muscle,” said Imran. “I needed help. I needed a sounding board – a coach to help me consider my next steps.”

That’s when Imran got in touch with The Barrett Group (TBG). He liked that what TBG offered, unlike recruiters he had worked with in the past, was a focus on him and his needs.

“A recruiter’s main interest is helping clients fill positions, not finding a good fit for me or getting me oriented in my career journey,” said Imran.

Although he was eager to get back to work, Imran valued the opportunity with the Clarity Program to pause and evaluate himself holistically – his strengths, his weaknesses, his family values, and in what types of companies and roles he is happiest and most successful.

“I saw the Clarity Program as an opportunity to hit the reset button,” said Imran.

Clarity reaffirmed for Imran several things: He enjoys the tech industry, he prefers the culture of small to midsize companies, and he loves the challenge of leading a team in a startup environment.

Imran also learned how to view his previous job as a learning experience and draw lessons on how he might have done things differently.

“Sometimes outcomes don’t pan out the way you want them to,” said Imran. “I learned not to measure myself by one failed experience because I came to realize that if I’ve never failed at something, maybe I haven’t been taking enough risks.”

When Imran began working with his career consultant, he really appreciated the program’s structure. First, he worked on his resume, revised his LinkedIn profile, then he built up his social capital by reconnecting with many old contacts in his network.

“I don’t really need an accountability partner, but I did like the accountability. I found that forcing myself to a schedule of weekly calls with Greg was helpful,” said Imran. “And the exercise of reaching out to people I hadn’t spoken to in six or seven years was really good. Very few of them resulted in a professional connection, but part of it is having lines in the water. You never know where the next opportunity will come from.”

Because Imran was targeting C-level roles, he faced unique limitations that other jobseekers don’t.

“At my level, there just aren’t as many opportunities out there, and people don’t advertise for CEO roles with a job ad,” said Imran.

When Covid hit a month after activating his job search, Imran enjoyed a stroke of luck. His social outreach efforts yielded an offer for a 6-month consulting gig at a large, public software company with the potential to go full-time after three months.

He liked the work and the people at the large firm, but when they offered him an attractive full-time position three months later, he wasn’t sure what to do. He and his career consultant, Greg, discussed it at length.

“I knew I should look for other opportunities to make sure I was making the right choice, so I reached back out to my network,” said Imran.

This time, Imran was recommended to a small tech company in the health field that was looking for a CEO. It was a long, but successful, interview process, and Imran soon found himself with a choice of two great opportunities.

But choosing was not an easy decision.

“Greg helped me prepare for the interviews for both jobs. And when I had to choose between these opportunities, he helped me think it through. He was a good sounding board,” said Imran.

Imran also reached out to his Clarity coach for her opinion.

“Hiyam Wakeem was great. She was so helpful to me at the outset, and when I called for her advice she was gracious and walked me through the pros and cons,” said Imran.

Ultimately, Imran opted for the larger role at the smaller company, knowing it was a better fit.