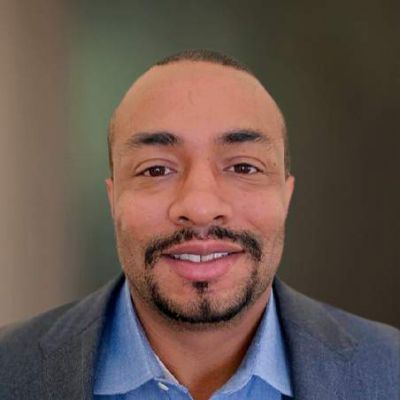 Client: Gian Toro was general manager of sourcing for a private, regional auto dealership in the Midwest.

Challenge: When his company’s management required staff to work from the office during the Covid pandemic, Gian resolved to quit, but first he wanted help finding a better and more challenging position.

Process: Gian learned how to quantify and present his accomplishments to make them attention-grabbing both on his resume and in interviews.

Landing: In under three months, Gian was offered a challenging new opportunity as director of inventory for an exciting, virtual auto sales initiative with the potential to make 50% more in compensation.

Study: As general manager of sourcing for a private, regional auto dealership in the Chicago area, Gian Toro oversaw and managed the full lifecycle and profitability of inventory and successfully lead and directed 12 people on his buying team. When the Covid pandemic began, Gian became increasingly frustrated with management for setting a policy requiring staff to work from the office.

“Although I spent 90% of my day behind a computer screen, they wanted my team and me to be in the office every day,” said Gian. “I got a lot of pushback from my team about that, and I had to figure out how to rotate 12 people into and out of the office each day to maintain social distancing. It was a big point of contention and a poorly thought-out policy.”

For peace of mind, Gian decided to leave the company and seek new opportunities closer to family in Charlotte, and possibly in a new industry. Before even launching his search, he resolved to enlist the help of an executive coach.

“Before I got my last job I missed out on a great job in Charlotte in the construction industry. I would have been a strong match for the role, but I flat-out flubbed the interview because of differences in industry nomenclature and because I wasn’t prepared for the kinds of questions they would ask,” said Gian.

This time Gian wanted professional support preparing for interviews and making sure his resume shone. He researched several organizations and settled on The Barrett Group (TBG).

“Once I saw what The Barrett Group offered, that was it. They seemed to have the most complete package,” said Gian.

Gian started with the Clarity Program and found that the results of the DISC personality assessment cemented the suppositions he already had about himself and helped him refine the characteristics of the role he wanted: leadership, design, and implementation.

“I’ve taken other personality assessments, but what I like about DISC is that you can apply the findings to the next step – namely, ‘Are you in the right job?’” said Gian.

“I liked working with Sharon. We really connected well. We had insightful conversations and she made it fun to go through stuff that could have been boring and tedious,” said Gian.

In the next phase, Gian got enormous value out of his meetings with his career coach, Lori Chevalier.

“Lori was awesome. I was always excited to meet with her. She really challenged me,” said Gian. “It was hard for me to quantify my accomplishments, but she really pushed me to do it in a clear and concise manner. The change in my resume was like night and day – and I didn’t embellish a thing! To a hiring manager it popped, rather than being just another piece of paper in the pile.”

“Interviewing was one of my main concerns,” said Gian. “But Lori taught me how to present myself as more than a guy buying inventory – I am building and training teams, creating processes and procedures, and writing policy.

“I know the value I bring to the table, but quantifying it into dollars, translating it into a concise resume, and talking it through during an interview is hard. The Barrett Group helped me process all that.”

“I asked a contact of mine for feedback on my resume, and he happened to know of someone who was looking for someone with my experience and skills. Within two weeks we were all connected,” said Gian.

The position was with an auto dealership network to build out a pandemic-induced initiative to buy, sell, and service cars entirely online for customers who don’t want to visit a dealership at all. Gian’s role would be to buy cars, develop teams, and manage inventory in a way that limits physical points of contact between people.

Gian had multiple interviews with various people over several weeks at the end of which he was offered the position.

“I was looking to get out of the auto industry because I was looking for a new challenge. But this challenge is big enough to entice me to stay. Plus, I can be Covid-conscious and work remotely from wherever I want to. That is huge! Not being 800 miles away from family will be fantastic,” said Gian.

Two months into his new role, Gian couldn’t be happier.