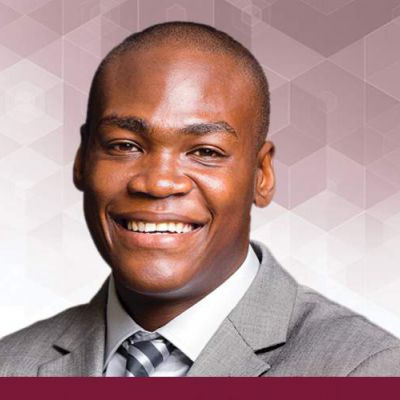 Client: Dennis Green was an accounting manager for a large distributor of automotive replacement parts.

Challenge: Corporate staff changes limited Dennis’ growth potential and spurred him to seek better opportunities elsewhere, but he felt he was getting little traction in his search.

Process: Dennis plumbed his contacts and learned the importance of always framing his accomplishments as a value-add for the company.

Landing: Within a few months, Dennis had two job offers, and accepted one that offered him great growth opportunities and a 50% improvement in his base salary.

Study: As a transactional accounting manager for a large distributor of automotive and industrial replacement parts in Georgia, Dennis Green led and managed a team of 25. He had come to the position two years earlier with an MBA and impressive experience, including working for one of the Big Four accounting firms. Dennis was keen to keep his career momentum going, so, when his company made some major staff changes that limited opportunities for upward mobility and stretch assignments, he decided to leave.

“The staff changes made the work blow up, and I was doing work that staff would normally do, which was not work that would allow me to grow,” said Dennis. “They also started encouraging early retirement for senior positions and they were not backfilling them. In the next two years I thought my growth opportunities would dwindle. I’ve invested a lot into my career, and I don’t want to stay somewhere if there are better opportunities elsewhere.”

Dennis reached out to recruiters for help, as he had done in the past, and job searched on his own. After two months, however, his search was not going the way he wanted it to, and he turned to The Barrett Group.

“I felt that I’d risen to a level where I needed more information about how to be seen as an executive, including job search methods, interviewing, executive presence, and exposure, said Dennis. “If I continued down the road I was on, I knew I might accept less than I was worth.”

Dennis first spent two to three weeks reflecting on himself and his goals in the Clarity Program.

“Clarity was good. It confirmed what I knew about myself, but it also made me sit down and ask myself, ‘What do I want out of my career, and where do I want to be longer-term?’ It was very informative and made me think more deeply about what I am doing and where I am going than I ever have. In the past, my job searches were reactionary, but this time I felt I was being proactive in my decisions.”

After the Clarity Program, Dennis began working with his career consultant, Greg Emslie.

“Working with Greg was good – very informational,” said Dennis. “He told me things I didn’t know about LinkedIn. We did a full-on interview prep, which I found very helpful. Greg coached me to answer interview questions differently than I would have in the past – in a more positive, constructive way.”

Dennis also learned useful tips about executive presence, which he was quick to implement, and how to put metrics to all his achievements.

“Translating things I’d done into a value-add for the company and figuring out how the things I do impact the company financially (Greg called this ‘being a profit center’) – I found that perspective and way of thinking very valuable,” said Dennis.

Ultimately, the most beneficial aspect of the TBG Program for Dennis was learning how to connect with people better.

“The way I landed my new position is basically thanks to one step: Putting awareness out there. In the past, if I reached out to anyone it was recruiters, not family, friends, or former colleagues, unless I needed a reference. This time I reached out to people on a much higher level than I’ve ever done.”

Dennis admits that it was sometimes uncomfortable – even difficult. But Greg laid out the steps to follow and he coached Dennis weekly on the process, discussing missed opportunities and what more he could do to improve.

“Greg made it simple. He coached me through it and told me things I could say and how to present myself,” said Dennis. “It was really good to connect with people I hadn’t talked to in a while. I realize now I should keep doing it!

Not only did the process turn out to be a good experience for Dennis, but also it yielded considerably more interviews than he’d been getting, two of which turned into competing job offers.

“I spoke to a woman I know that is an internal recruiter at a small business consulting firm in my area and told her I was looking for my next opportunity,” said Dennis. “About a month later, one of the principals of the company left, so she sent my resume to the CEO of the company. I had actually worked with him eight years earlier, so he called me right away to ask if we could talk about the open position at his company.”

Just before receiving an offer from this firm, Dennis received an offer for a role as an assistant controller at another company. He very much appreciated having Greg as a resource to negotiate the terms of the two opportunities before making his decision.

“Things moved so fast. We went over both offers and Greg coached me on how best to handle the situation,” said Dennis.

Ultimately, Dennis opted for the role at the consulting company because it was a new industry with new experiences to explore and better long-term opportunities.

“Consulting is a different industry for me. I’ll be doing things I haven’t done in the past and working with a lot of different types of people, so there is better growth potential. I like to try new stuff, so I feel really good about this new position.”

Dennis was also delighted to get a significant improvement in his compensation. His base salary, alone, is 50% more than it was previously, and he will be making seven times as much in bonus, not to mention a sales commission.

“I learned a lot from The Barrett Group. I felt more confident in this job search and appreciated the support I got from Greg. With his help, I ended up exceeding my compensation target. The Barrett Group program is an investment, but I will now make five times that, thanks to their help. It was a short-term investment with a long-term gain. The Barrett Group Program was a great experience overall.”

Most clients give TBG permission to use their first and last names and their photo with their success study. In some cases, however, clients are not at liberty to disclose this information publicly, therefore, some identifying details must be omitted or changed to protect the privacy of the client and/or their organization. Photo: 123rf.com
2022 © The Barrett Group | Privacy Policy (US) | Cookie Policy (US) | Disclaimer