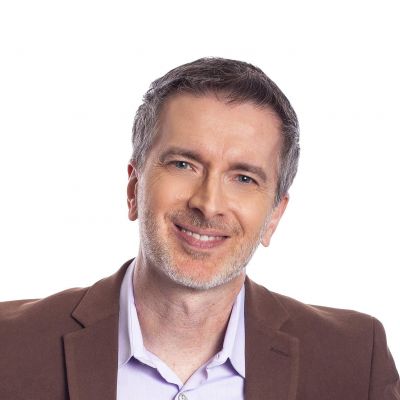 Client: David was a senior account manager and a 13-year veteran at a family-operated specialty food distributor.

Process: David needed The Barrett Group’s full range of services to sharpen his job search readiness, but his interview preparation and LinkedIn Analysis training were critical to landing his new role.

Landing: Within seven weeks, David accepted a job as business development manager at a company in a similar industry making double the base salary, plus commissions.

Study: David began working for a specialty food distribution company straight out of college, wearing many hats, and growing with this family business even through an acquisition. After 13 years, he had risen to senior account manager, driving direct-to-retail sales, developing new business, and writing record revenue, but he was beginning to feel that he’d hit a ceiling on upward mobility. When management then changed the company’s sales commission structure, David decided it was time to explore other opportunities that would allow him to leverage his experience and connections.

“My compensation changed dramatically,” said David. “I am in the best earning years of my life and I needed to make a decision that was best for me and my family, so I decided to see what else is out there.”

Because David had never worked for another company, he opted to enlist professional help early on in his job search. He began by researching executive recruiters, but when he came across The Barrett Group and learned about the fuller range of services it offered, he felt that an executive coaching firm would be a better fit for his needs.

“I had never been on a job interview. I needed to update my resume, my LinkedIn profile, prepare for interviews, and do a lot of other work to get ready for a job search. I saw that The Barrett Group had great results and knew I’d be in good hands,” said David.

David didn’t resign immediately, rather he started The Barrett Group’s Clarity Program while he continued with his job.

“It was great! I got a lot out of the different personality assessments. They were so impressive and really put things in perspective – they made me reflect on the ‘why’ of my drive to make a career transition as much as the ‘how,’” said David.

David was pressed to write down his goals in a clear, conscientious, measurable way, keeping in mind the skills he has. His goals included more responsibility, having a leadership role at a company, stepping outside of his comfort zone, and getting an opportunity to convert his weaknesses into strengths.

After the Clarity Program, David began working with career consultant, Paula Nordhoff. She helped David revamp his resume, develop his reference list, build up his connections on LinkedIn, and learn how to use LinkedIn Analytics.

“Paula was awesome! We had a great rapport. She really helped me in every facet of her responsibility. She was very professional and very willing to jump on a call at any time to work through a problem. I’m very happy with Paula,” said David.

What David valued most about Paula was her help with interview preparation.

“More than anything, Paula was really, really helpful with the interview process. She prepped me on what questions to expect and how to answer them,” said David. “I’d never done interviews outside of college and that was 13 years ago. Paula helped me to be as prepared as possible for them.”

David spent a lot of time beefing up his LinkedIn connections and he credits that effort, along with his newfound interview skills, for his job search success. In the weeks after starting with TBG, David interviewed with five or six different companies, but the lead that panned out successfully was at a company with which he’d unsuccessfully interviewed months before starting with The Barrett Group.

“In October, I connected with one employee at a company that manufactures and distributes ice products. I applied for a position as national account manager, but it faded away,” said David. “In December, after I began working with The Barrett Group, I connected with someone who knows someone who knows someone else at the company I had interviewed with. Thanks to all these new connections, the company decided to take another look at me. They thought I’d be a good fit as a business development manager and that I could grow the team.”

Soon after, a hiring manager reached out to David to set up an interview. One month and four interviews later, she became David’s direct boss.

“Paula, my career consultant, coached me through the entire interview process,” said David. “She was tremendous. She was very accessible – always there when I needed her. Everything she did was great. I couldn’t have done this process without her. And the information the TBG research team provided really helped me impress people during my interviews.”

“I love it! I don’t take orders with this job, I am focused on getting new business, which I love. This is new and exciting, and I have more responsibility than before, which I welcome,” said David.

David is thrilled that his base salary doubled, but the growth opportunity at the organization is what truly drew him in.

“They’re quickly growing and want to add levels to their team. I feel like I fit in well with the team and am looking forward to proving myself as a leader,” said David.

David found his interactions with his consultant, Paula, and his use of LinkedIn to be the most valuable aspect of his TBG experience, but he also recognizes the great benefit he got from all of TBG’s services.

“The whole staff was super helpful during the whole process. Everything helped put me in contact with the right people at my new company. Getting a base of understanding and putting my best profile together on LinkedIn really helped secure the job for me,” said David. “I’m very happy with the preparation I got from The Barrett Group. It has been an overwhelmingly positive experience.”
2022 © The Barrett Group | Privacy Policy (US) | Cookie Policy (US) | Disclaimer