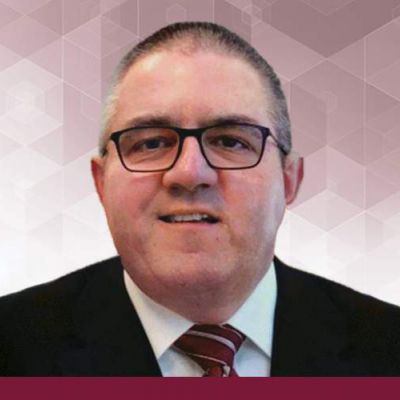 Client: David Ludwig was executive director of a network of state agencies in Iowa that provide educational support services to schools.

Challenge: David’s position was eliminated when Covid hit, but during the pandemic he struggled to find an appealing new position.

Process: David reassessed his interests, cultivated his network on LinkedIn, and allowed himself to consider opportunities outside the education world where he’d spent his career.

Landing: David was hired by a long-standing business contact to be VP of sales and a founding member of a cybersecurity startup company.

Study: As state executive director of a network of state agencies that provide support services to public and nonpublic schools in Iowa, David Ludwig was charged with establishing and coordinating the equitable distribution of educational support services to all students in the state. The position combined principles that David had spent his career championing, notably the education of children and building efficient and effective organizational systems. He had performed the same role successfully for five years in Nebraska and hoped to continue the same work in his new job in Iowa.

Within a year, however, the Covid-19 pandemic hit and David’s job was eliminated. It proved to be a difficult time to launch a job search.

“I was looking for a role as a district superintendent. I had a good resume and a lot of experience at the local, state, and national level, but when Covid hit they weren’t hiring for a lot of these positions,” said David. “So, I started to think about transitioning to the business sector.”

That’s when David stumbled across The Barrett Group (TBG) and realized that its services were exactly what he needed at this point in his career.

“That period was a transition for me. The more I learned about The Barrett Group’s services and its team, the more I realized that the company’s goal is to build a system for me to effectively transition my career from education to business. I felt that The Barrett Group’s mission wasn’t just to get me a job, it was to help me find the career I wanted – and to be a partner in my job search.”

David found TBG’s Clarity Program sessions exceedingly valuable both in helping him decompress after a stressful year and in teasing out strengths and interests of his to which he’d previously paid little attention.

“Laura Leaton and I really hit it off well. Laura got that spark back into me. Working with her, I was able to refocus. I learned from the personality assessments she had me take that technology is one of my fortes. She got me thinking about how I could incorporate it into my life.”

Although David didn’t have a formal background in technology, he came to see how he’d often incorporated it into his work.

“As state executive of Nebraska, one of my initiatives was to build a database for all the staff and student records in the state and a statewide data ecosystem. We wanted to build a single sign-on system and a portal. We wrote – and won – a grant to get funding for the project,” said David. “Working with Laura, and later Jerry, my career consultant, I started to realize that technology is where my love is even though my background is special education.”

After the Clarity Program, David worked with Jerry Fronczak to revamp his resume and tailor it for the business world. Then he redid his LinkedIn profile and learned how to use the platform more effectively in a job search.

“I was active on LinkedIn before, but I learned a lot more about the depth and breadth of what you can do with it through Jerry,” said David.

Jerry showed David how to build up his LinkedIn connections, and then they began interview coaching sessions.

“Jerry has such tremendous business background. It was great to be able to pick his brain about how best to set a direction forward.”

With Jerry as a resource, David applied for dozens of jobs, most of which were in education, but they either went nowhere or were unappealing. He came to realize that he had less and less interest in working with school boards and even within a school system. Although he had little experience and few contacts in the technology space to leverage, he continued to develop his base of contacts and waited for the universe to respond.

“I got a call from an entrepreneur I’d known professionally for four or five years. He had started three successful businesses and was launching his fourth– a cybersecurity business,” said David. “The company assesses the cyber health of major organizations and makes recommendations to them on how to improve it. Their target clientele includes businesses, government, health care agencies – and educational organizations. He thought someone with my background could be very helpful in developing the business.”

David was offered the position of VP of sales, a role that sounded perfect…almost. In truth, the commission-based-only compensation gave him pause at first, but David has full confidence in the founder’s ability to create another great company, not only because of his record of success, but also because of the caliber of the team he’s bringing in. David is also very excited about the financial potential and the numerous future opportunities the job offers.

“The services provided by my new company are exactly what I was working on with my initiative in Nebraska. And now I’m in a position to help my former colleagues fulfill the grant we were awarded.”

Best of all for David is that he now has the greatest office of his career.

“We bought a vacation home on Lake of the Ozarks a few years ago, planning to retire here. Now it is home and I get to start a new career from here.”

David couldn’t be happier to be launching an exciting new career in technology.