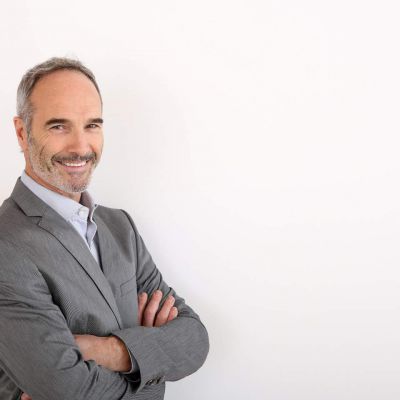 Client: Chris Burger was global director of sales and order fulfillment for a large company at which he had worked for 20 years.

Challenge: When new leadership proved to be a poor fit, Chris decided to pursue alternative opportunities. But after 20 years in the same job, he didn’t know where to start.

Landing: Chris is excited that his “final gig” before retirement is at a diverse startup with intelligent, young people who value the experience he brings.

Study: As a global executive, Chris Burger had enjoyed a long career of managing people from around the world and from different cultures. He was happy in his position until a change in leadership prompted him to wonder whether his company would remain a good fit for him.

“The company wasn’t going in the direction I thought it should,” said Chris. “When the initial support I was promised did not materialize for a key project I was leading, I knew it was time for me to move on. I’m not that young anymore and I want to control my own destiny.”

Chris wasn’t ready to retire – he figured he had one more gig left in him, and he wanted the last gig to be a good one. However, he recognized that a lot had changed in the 20 years since he had last looked for a job, especially at the executive level. He decided to work with an advisor.

Chris ultimately hired The Barrett Group because its methodology addressed the exact areas where he needed help. As a global executive he had always customized his management style to the culture and personalities of the individuals he managed, and he appreciated that The Barrett Group, likewise, customizes its services to each client.

“The Barrett Group’s process is very complete. They began by assessing my personality, my communication style, and my goals. Then they tailored their process to my needs,” said Chris.

Chris also recognized that The Barrett Group consultants are experts where he is not – job search.

“What you don’t do often, you don’t do well. For me, that was job seeking,” said Chris. “I’d made only three or four career changes in entire life, but The Barrett Group does this for a living. They know all the tricks in the book.”

Developing his LinkedIn profile alone turned out to be hugely valuable. It prompted calls from numerous recruiters who wanted to know what he had to offer. TBG helped him field these calls by readying full company reports before every conversation.

TBG coaches fully trained him to effectively respond to recruiter questions, including using results-oriented language and good examples of his experience, and how to handle questions about compensation most effectively. They even followed up on his references to ensure they were good enough.

“That in-depth preparation instilled confidence in me during my conversations and interviews,” said Chris. “That is crucial to a successful job search – being confident about who you are and what you can do.”

TBG’s expert coaching didn’t end when Chris was offered a position by his current employer, a San Francisco startup. “The initial offer was a little below what I was expecting, so I told them I’d think about it. Then I called my consultant to discuss. In the end, the company raised the offer to a number I was glad to accept.”