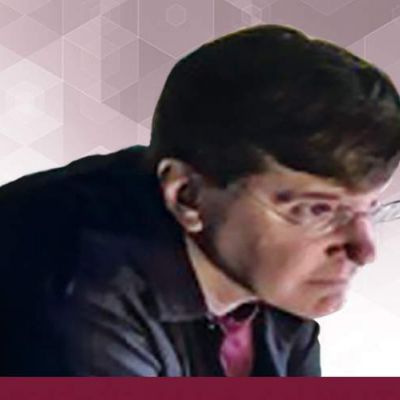 Challenge: When the pandemic forced major layoffs at Cameron’s company and devastated his industry, he sought help finding an executive position commensurate with his experience.

Process: Through the Clarity Program, Cameron realized he would find the greatest fulfillment not by finding an executive position at a large firm but by starting his own consulting business.

Landing: Cameron has launched an aerospace engineering and consulting business, Carnegie Aerospace LLC, and keeps busy with one client while he explores with his TBG consultant how to grow his company.

Study: Cameron Carnegie was a senior technical fellow specializing in aircraft conceptual design for a multinational systems supplier of airlines, Safran based in Paris. Consulting at the executive level on state-of-the-art design and prototyping methods and reporting to the chief technology officer, Cameron was midway through an exciting 3-year assignment when the global pandemic hit.

Cameron’s employer, along with the global airline industry, was devastated. Not only was Cameron one of many who were laid off, he was one of the many who caught Covid. After several tough weeks, Cameron recovered, but he and his wife, who are dual U.S. and Canadian citizens, wanted to move back to North America. Although his company offered temporary financial support, Cameron faced bleak employment prospects.

“I started my job search in July and landed several interviews, but the situation was bleak,” said Cameron. “Boeing, alone, laid off 30,000 to 40,000 people. The amount of talent going out the door was shocking.”

Cameron started looking at aerospace startups, but he had little luck.

“In general, I found I was overqualified,” said Cameron. “Even though I don’t put my age on my resume, people can tell when I interview that I have a lot of experience and that I am older. Startups want poor, starving graduates. They don’t understand the challenges ahead of them, and they don’t have the money to hire experts with experience to guide them.”

Cameron looked for several months on his own before deciding to enlist professional help.

“I had done well with LinkedIn in the past, but I knew from observing how executives move around that a lot of them are using a back channel,” said Cameron. “So, I hired The Barrett Group to better understand how that works.”

Cameron had little time, initially, to devote to the tasks assigned him by The Barrett Group. His job search was complicated by a pressing need to find a place to settle with his wife and to move his possessions out of storage, which were spread across three countries.

“My former French employer was willing to store our stuff in Paris for six months, but we also had stuff in Seattle, and we were staying in Canada until we could sort things out,” said Cameron. “We had to choose a place to live or else take on the cost of storage, so the clock was ticking. We wanted to live in Florida, but we worried we would have to move again after I found a job.”

Fortunately, the Clarity component of TBG’s program was a great help to Cameron at this crossroads in his life.

“The most valuable part of working with The Barrett Group was figuring out what I want. I’d worked with Boeing Commercial Aircraft for 14 years, rising from a Level 3 engineer to a Chief Engineering position where I had exposure to the executive level. I love engineering, and I saw that being an executive would have taken me too far from the analysis and design,” said Cameron. “At Safran, the bureaucracy wasn’t as bad, but there were other challenges. So, with those two big companies in the back of my mind, I wondered, ‘Sure, I’d be better paid as an executive, but would I be happier?’”

Ultimately, Cameron decided two things. First, he wanted to live in Florida, and, come hell or high water, he’d figure out a way to make that work. Second, he would shift his career objective from becoming an executive at a large company to working for smaller companies where he would have freedom and nimbleness to pursue the kind of engineering work he loved.

“I began thinking about starting up my own company and using my own patents,” said Cameron.

As luck would have it, Cameron had developed a relationship the year before with a startup that had asked for his expertise on a project. He had helped them on a volunteer basis at the time, and when they reached out again during his period of soul-searching, he began doing paid consulting work. It was part-time, at first, then it ramped up to full-time.

“Our relationship kept growing. By December we discussed whether I should be an employee or a consultant. I decided I’d rather be a contractor on an hourly rate so that I have the time and freedom to pursue my patents,” said Cameron.

Since then, Cameron has registered a new company, Carnegie Aerospace LLC, to focus on consulting and developing aerospace patents.

Cameron admits that he has a lot to learn about starting up a business.

“It’s risky to have only one client, but I’m fully engaged right now and I don’t know if I’m solid enough to hire employees to take on more work. I’m either on the verge of starvation or a booming business,” noted Cameron.

Cameron worries how he will balance the work of pursuing his own patents, raising money for his startup, and doing consulting work on top. He looks forward to working with TBG on these concerns.

“Over the past several months, I have figured out where to seek funding and how to write proposals for that funding,” he said. “I helped the startup find its direction and decided to reduce my consulting hours to focus more time on developing my company. It’s a bit of a risk, but I really need to follow my passions and develop the airliner and UAV concepts I envision. I know they will be game changers.”

Cameron has responded to three R&D solicitations from NASA and the U.S. Air Force to develop advanced airliners and VTOL UAV’s. He has also established a network of companies and university consultants to collaborate on the funding proposals and projects.

“I think The Barrett Group will be a great resource for me,” said Cameron. “My consultant, Paula, is quite knowledgeable, and if the company doesn’t have the answers, it can connect me with people who do.”

Cameron is the first to admit that his story is still being written and that he still needs the services of TBG to find his way to success. But he is very appreciative of the counseling he has gotten to date.

“Both Clarity and Paula helped me come to the conclusion to start my own business,” said Cameron. “Running my own company is terrifying, but it gives me the freedom and the lifestyle I want to have.”
2021 © The Barrett Group | Privacy Policy (US) | Cookie Policy (US) | Disclaimer