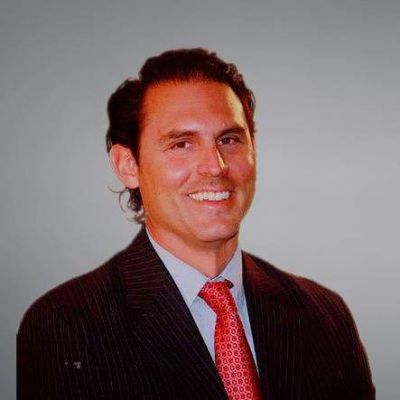 Challenge: When new senior leadership made corporate changes Bob disagreed with, he decided to leave. But after 20 years at one company he didn’t know where to start.

Landing: Despite the economic toll of the pandemic, Bob hopscotched from one new position to an even better one, now making triple the compensation.

Study: As an automotive account executive in the advertising sales division of a major cable company, Bob Meara coordinated and developed digital marketing needs and video solutions for local automotive advertisers in New Jersey. He managed a team of marketing experts and a portfolio of over 25 clients. He’d spent 20 years with the company, but when changes from new senior leadership were no longer working for him or his clients, he knew it was time to move on.

It wasn’t long after Bob first began looking for new opportunities that he decided to hire a professional.

“I hadn’t written a resume or been on an interview in 20 years,” said Bob. “I wanted help getting my head together and to talk to someone with job market experience.”

Bob was drawn by the breadth of experience offered by the The Barrett Group (TBG). He launched into the program and started networking, even as he continued to work, and quickly saw some promising leads develop.

Then the Covid-19 crisis hit.

“All the people I had talked to went on a hiring freeze,” said Bob.

Consumer purchases for cars plummeted, auto dealers cut their local advertising – in short, the auto industry took a hammering. Bob remained committed to a career change, but he discovered some surprises in the job market.

Bob appreciated that TBG was prepared to help him navigate all these challenges, starting with the Clarity program, which confirmed what he wanted to pursue – digital retail marketing. He launched into the TBG process. Bob found his weekly meetings with George Shultz, his personal career consultant, to be the most valuable part of his experience.

“George took the time to understand my current business and circumstances. He made the effort to learn what motives me – what makes me tick,” said Bob. “He told me all about the unpublished market. I never thought about that stuff before. It was very instrumental.”

Bob also found the expert help on rewriting his resume and LinkedIn profile to be very helpful.

“I don’t know what people are looking for in a resume or in a LinkedIn profile, but The Barrett Group showcased my attributes in a way that was very appealing to recruiters,” said Bob.

When it came to interviewing, Bob felt totally prepared.

“They told me all the questions I should expect to be asked so I would never be surprised. Then we rehearsed my answers,” said Bob. “By the time we were done, I had my pitch in my head and nothing felt too hard to answer.”

Five months after beginning the TBG program, Bob responded to a job posting and landed a position in digital retail marketing. At first it seemed like an ideal job. It offered him a great opportunity with potentially limitless compensation, but within a few months he came to feel that his expectations would go unfulfilled.

“The way it was painted for me was different from how it was. There was no upward mobility and I realized I wouldn’t be able to make the income I’d like,” said Bob.

So, Bob reconnected with his TBG career consultant to explore better opportunities.

“George and I reviewed how to utilize LinkedIn to the fullest to be sure that I was running on all cylinders. He also coached me how to explain to another potential employer why I had left a job after only four months.”

One day Bob noticed a position open up at a company that he’d been following for a year on LinkedIn. He had been in talks with them about a position a year earlier, but when the pandemic hit the company froze all hiring. Bob was delighted to see that the new position was even better than the original one. Fortunately, Bob had actively maintained his contacts at the company and called them directly.

“They were impressed that I had continued to follow them throughout the pandemic and said, ‘This is the guy we need – someone who is going to create his own luck!’”

Bob is thrilled to have begun a position as regional sales director for the Northeast for an automotive marketing company – a position at which he now makes three times in compensation what he made a year before.