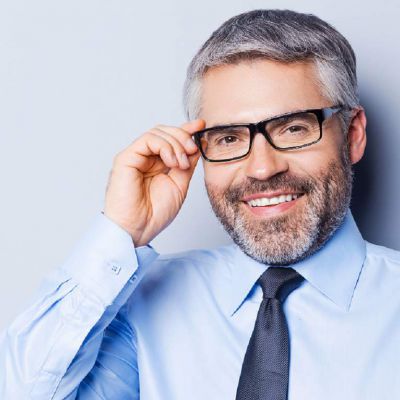 Challenge: After an involuntary departure from the organization, Barry struggled to find another position that met his needs.

Landing: Despite the Covid-19 related downturn, Barry successfully landed a position at a global financial services company as a senior associate of credit risk.

Study: For ten years, Barry worked at the Federal Reserve Bank of New York as a credit analyst and credit risk manager. He oversaw transactions at numerous American and foreign banking organizations and liaised with the regulators of various entities. He enjoyed his career there until the confluence of a bad professional decision and unfortunate timing aroused the disapproval of his managers. Not long afterwards, Barry was squeezed out.

With seven children to care for, Barry didn’t have the luxury of time to undergo a lengthy job search. When his position at the Fed was eliminated, he accepted a new position within two months that turned out to be disastrous.

“It was the worst experience in my career,” said Barry. I took the job out of fear. I should have passed on it, but I got desperate. So much was bad about the job. I hoped things would change, but they didn’t.”

Back in the job market again after only two and a half months, Barry struggled to find a position in an industry where positions are increasingly scarce, especially in New York City where his family lives. It didn’t help that he is over 50.

“Many of the banks in New York City are moving operations to lower cost centers, like Dallas, Tampa, or India. Banking is a horrible industry for labor. And there is definitely an over-50 discrimination in my field,” said Barry.

After yet another failed employment venture, Barry decided to hire The Barrett Group (TBG).

“I hired The Barrett Group because I really needed help framing better answers during interviews about why I had left my former job,” said Barry.

Barry succeeded in that and more. Two components of the process proved especially valuable. The first was a professional resume makeover.

“The Barrett Group helped me revamp my resume. It is now a much better resume than the one I came in with,” said Barry. “That alone is worth thousands of dollars.”

The second, and even more valuable, benefit Barry received from his TBG experience was personal interview coaching, which he credits for doubling the number of good interviews he had.

“I did not interview well when I started,” Barry admits. “But after coaching, I went into interviews more confident and better prepared. I probably improved my interview skills by 30-40%. That makes a big difference in a competitive job market,” said Barry.

These newfound skills shone during the interview for a position in Dallas that he knew was a long shot.

“I lacked some important qualifications for the job, so chances were not high that I would get it. Still, they considered me! That’s thanks to the Barrett Group interview skills,” said Barry.

While Barry did not get that job, he was invited to apply for another position at the company – this time in New York City where his family lived – and got it.

Beset by the Covid-19 downturn, Barry’s job search took 11 months – longer than he anticipated. But, he figures, without The Barrett Group the job hunt might have taken another six months. He is thrilled to have landed – not least, because he won’t have to relocate. That’s worth celebrating for both Barry and his seven children.
2022 © The Barrett Group | Privacy Policy (US) | Cookie Policy (US) | Disclaimer