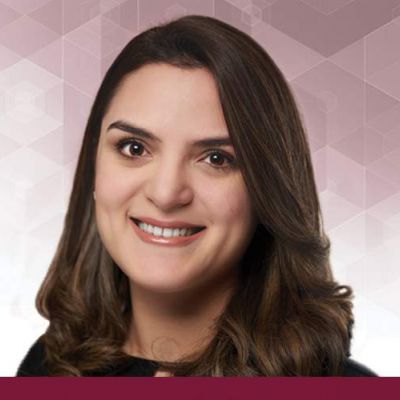 Challenge: After working 11 years in her family business, Ashley left for a job that was a poor fit, but she lacked the job seeking skills and confidence in her business credentials to find a more suitable one.

Process: After identifying her goals, Ashley built her confidence by reaching out to her network and learned how to parry awkward interview questions about her reasons for leaving her family business.

Landing: Ashley accepted a job as corporate director of hotel operations for an international firm that offered her more money, flexibility on her home base, and a great team of colleagues.

Study: Ashley Turner was regional director of operations for a health care company providing autism therapy to children. She came to the job less than a year earlier after deciding to step away from her father’s hotel management and development business in Indiana where she had worked for 11 years – her entire post-college career. Working for her father, Ashley developed great experience in every position, from sales to vice president. So, when her father expressed an interest in stepping back from his business, Ashley was ready and began assuming his responsibilities. But then Ashley’s father changed his mind.

It got challenging to have two people with two different visions leading the company, and Ashley concluded that it was time for her to leave. She took a director position overseeing autism centers, thinking that it might stimulate other professional interests, but it was not a good fit.

“I thought I’d love working with kids with disabilities, but I didn’t like the business structure of the new organization. It wasn’t a financially-driven model, and it didn’t play to my strengths,” said Ashley.

Ashley’s strengths, she knew, were overall business perspective and creating a guest experience – namely, hotel management. She was dissatisfied in her new job but felt that returning to hotel management was not an option. The hotel world in Indiana is small, and Ashley didn’t think her dad’s competitors would ever hire her. At the same time, getting a job outside the state didn’t seem feasible either because family commitments tied her to Indiana.

“I had never thought about looking for another job until I left my father’s company. I hadn’t written a resume since I was 22,” said Ashley. “I needed professional guidance to get my head straight, and I needed help job searching.”

For the next four to six weeks, Ashley worked with her Clarity coach to think through the industry and job function she wanted to pursue, the size of company she preferred, and to understand the value that she offered employers.

“I had a great experience with Clarity. I was feeling insecure about whether I was truly good at things or just thought I was because my dad had made work easy for me. But here was an unbiased person telling me what she saw as my strengths based on various assessments and our personal interactions. It was great validation to me.”

After Clarity, Ashley began working with Julie Mathern, her career consultant, which she valued very much.

“It was really good working with Julie. Not only was she a great sounding board, she gave me accountability. We had a call every week, and I would make sure to do the things she asked me to do before the call. It pushed me out of my comfort zone, but I didn’t want to disappoint her. She kept me on track more than I would have done on my own.”

The first thing Ashley tackled was her resume and cover letter. Next, she updated her LinkedIn profile.

“Julie showed me how to find first-, second-, and third-degree LinkedIn connections and properly use them. Then I set up references,” said Ashley.

Setting up references required Ashley to reach out to her network, a task she found uniquely uncomfortable.

“It was very hard to contact people because everyone knows my dad and we have always been a package deal. I knew it would be difficult to talk to them about us splitting up,” said Ashley.

To her surprise, Ashley found that her contacts were quite receptive to her and had a high regard for her as a businesswoman. Many were quite happy to provide a good reference for her. The more people she spoke to, the more comfortable she became, and the exercise proved to be a valuable means of building confidence.

Looking for a job in hotel management was particularly hard during Covid – the industry was hit hard by the pandemic. Ashley had reasonable expectations, though.

“The folks at TBG said it normally takes six to twelve months to find a job, and during Covid it might be longer. In the beginning, the hotel industry was dead. My job search produced no interviews in January or February of 2021. In March, however, I saw a job post for corporate director of hotel operations in my inbox. I was pumped because it was a lot faster than I had anticipated!”

The position appealed to Ashley because it was similar to the role she’d had at her father’s company, but this time for a global company with different levels of luxury than she was used to. She’d be visiting properties around the country. Best of all, it was a remote job, so Indiana could be her home base.

“I was very excited because my experience with hotels is mostly in the Midwest,” said Ashley.

Ashley started with a phone screening and ended with flying to Atlanta for two days of in-person interviews. Within 30 days, she had the job. She credits her career consultant with many aspects of her successful search.

“Julie’s help on the back end is a huge part of why I got this job. She set me up with a great resume, cover letter, and LinkedIn profile, and she is the one who showed me how to navigate Indeed and set up the alerts. If she hadn’t, I would never have seen that job posting.”

Ashley also thanks Julie for the excellent interview prep she received.

“Julie coached me to discuss leaving my family’s business. I didn’t want to overexplain. Her help was important because it was one of the first questions I got. My boss told me later that I’d answered that question really well.”

When the offer was in hand, Julie also coached Ashley to negotiate a higher compensation, resulting in $10,000 more in base salary.

“I was nervous to ask for more money, but I knew Julie would be disappointed if I didn’t try. My boss just said, “Sure!”

Ashley loves her new job, and she couldn’t be happier with her TBG experience.

“Your mental state is so important when you’re looking for a job because you’re putting yourself out there. Julie gave me the tools I needed to reflect who I am and what I can do and the confidence to go out and get the job I deserve.”

Most clients give TBG permission to use their first and last names and their photo with their success study. In some cases, however, clients are not at liberty to disclose this information publicly, therefore, some identifying details must be omitted or changed to protect the privacy of the client and/or their organization. Photo: 123rf.com
2022 © The Barrett Group | Privacy Policy (US) | Cookie Policy (US) | Disclaimer