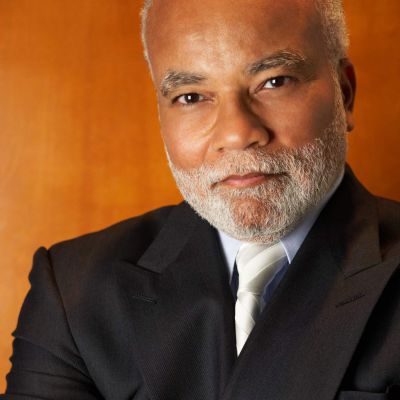 Client: André was CFO and COO for a Washington DC-based trade association.

Challenge: André’s position was eliminated after a major reorganization, but after 15 years in his position, his job seeking efforts were unsuccessful and he needed help.

Process: André learned how to discern what employers are looking for, tailor each application, assertively follow up on every prospect, and say as much as – and no more than – was necessary.

Landing: After just two months working with The Barrett Group, André was quickly recruited as CFO and COO of a nonprofit organization with an “amazing” mission.

Study: As chief financial officer and chief operating officer for a $15 million international nonprofit, André strategized and directed operations of the finance and administration departments. He concurrently served as the CFO and COO of an affiliate nonprofit in the last two years of his 15-year employment there. Due to a reorganization, André’s position was eliminated in early 2020.

André was stunned but undaunted. He wasted no time pounding the pavement. He reached out to contacts, connected with recruiters, updated his resume and sent applications. He was unsuccessful in landing a job, however, for two main reasons. First, he had little job seeking practice – he’d been 15 years at the same organization, and before that he had always relied on a recruiter friend to facilitate his career transitions. Second, two weeks after losing his job, the Covid pandemic befell the country.

“After six months I’d sent out 150 resumes and got only eight interviews. I thought I was the perfect fit for some of those opportunities and managed to get into the final round of interviews, but I was never offered a job. At first, I thought I knew what I was doing, but I was clearly doing something wrong,” said André.

Because he had little luck on his own, André decided to go with Plan B – engaging with an outplacement service. He reached out to The Barrett Group (TBG). He was convinced that TBG could help him market himself better, but before committing to the program he waited to see how things would pan out with three organizations at which he was actively interviewing.

“Those interview processes stretched out over three months! I thought I was getting somewhere but, ultimately, they all fell through. That’s when I signed on with The Barrett Group,” said André.

“I started by doing an assessment of who I am and what I’m looking for,” said André. “It was very valuable. It reinforced that my career path makes sense for me, but it also identified other industry options for me that I’d never considered, like art or the entertainment industry. It was eye-opening.”

After about two weeks André was ready to work with his career consultant, Jerry.

“The first thing we did was deconstruct and then reconstruct my resume. It looked completely different from how it looked before, and it presented me so much better,” said André. “For example, I’ve been in the workforce for 30 years, so I stripped out all the stuff that might put me at risk of ageism. Also, whatever the title of the position I was applying for is what I put at the top of my resume. I had six or seven versions of my resume.”

“Jerry broke down what I needed to work on and how to be more concise,” said André. “I had developed an interview script for myself when I was job seeking on my own, but Jerry helped me tighten it up. I had thought I should provide detailed responses, but he told me to limit my comments to 30 seconds because after that interviewers aren’t listening. My working mantra was ‘More than a soundbite, less than a narrative.’”

André really valued how Jerry taught him to understand what hiring managers are looking for and to market himself specifically to the position he was applying for.

“You need to treat each potential employer as a unique entity. That was very educational!” said André.

And though he thought he was already assertive, Jerry made André even more so, urging André to carefully craft cover letters, send follow-up letters strategically, and anticipate job vacancies and apply for them before the jobs go public – the better to get his foot in the door at one stage or another.

“Things went quickly once I signed on with The Barrett Group,” said Andre.

André learned from Jerry that there was a lot more to do on the job seeking front than he had been doing on his own.

In the end, André didn’t need to do a lot. Within a few short weeks after signing on with TBG, André spotted a job posting that appealed to him – a position for chief financial and operations office at a 40-year old charitable foundation. He sent an application.

“I heard back from the recruiter 40 minutes after sending the application!” said André. “We set up a call to discuss the position and then she forwarded my credentials to the executive director. She wanted to talk to me even though she was on vacation.”

André went through several rounds of interviews and was offered a job within five weeks over the year-end holiday season. He’s excited by the amazing mission of his new employer and is thrilled to start the next chapter of his career.