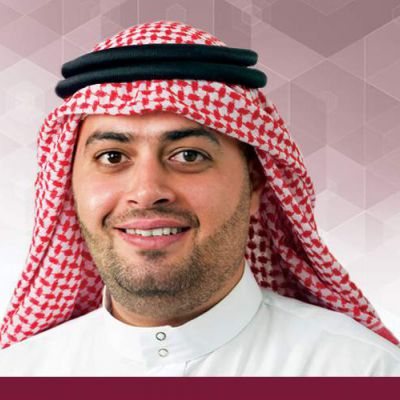 Client: Alhassan was regional manager for Bahrain and the Eastern Province of Saudi Arabia for an Indian multinational hospitality company.

Challenge: Hit hard by the pandemic, the company had to restructure and Alhassan yielded to growing pressure at the company to leave.

Process: The Clarity program helped Alhassan develop the right mindset for his search, and his coach helped him handle a delicate compensation negotiation during the hiring process.

Landing: Alhassan landed an exciting position in the government sector that aligns with his professional goals and offers long-term job stability and growth potential.

Study: As regional manager for a fast-growing, Indian multinational hospitality company, Alhassan was responsible for all the company’s operations, finance, and business development in Bahrain and the Eastern Province of Saudi Arabia. In the 18 months he was there, he devised strategies to make the company’s activities more effective in the region and implemented business development plans to open the Bahrain market. When the pandemic hit, however, Saudi Arabia and Bahrain went into lockdown and the company went into survival mode. Alhassan was very creative in keeping his books in the black, nevertheless, the company decided to restructure and initiate layoffs. Feeling the pressure, Alhassan opted to leave the company and search for his next opportunity.

Anticipating the pandemic’s threat to his job, Alhassan actually had begun job hunting months before he gave notice. He hired a company to rework his resume and upgrade his LinkedIn profile, began using online job search sites, and reached out to recruiters. Despite all his efforts, however, he had no success – not even an interview.

“I understood the situation. Things were tough in 2020 and no one was hiring at the senior level. They were cutting their losses,” said Alhassan. “I figured they would begin hiring again in 2021, though, so in January I started pushing hard in my job search.”

Alhassan’s challenges weren’t over, though. January yielded no interviews, nor did February. But about the same time, Alhassan came across The Barrett Group and decided to take a leap of faith and enlist their help.

“I started in mid-February with the Clarity Program. The purpose of Clarity is to make sure you know what you want in your career. It is also really valuable for flipping your mindset from negative to optimistic before you start with the career navigation phase,” said Alhassan. “Clarity really helped me to be forward-thinking.”

For Alhassan, regaining his optimism was very important because job searching unsuccessfully for so long had taken a toll on his spirits. When Alhassan began the career navigation phase of the TBG Program, his coach, Isabelita Castilho, gave him a thorough training on the best practices of job hunting.

“I learned many new methods of hunting and nailing down a job that were different from what I had been doing. I learned a lot about how to use social capital in the job search, what to tell recruiters and what not to tell them, and how to use second- and third-level contacts on LinkedIn. Isabelita gave me so much knowledge about the job-hunting process that I hadn’t known before hiring The Barrett Group.”

Before long, Alhassan began to see some developments. In March, a recruiter helped to connect him to a mining company that interviewed him and extended a provisional offer for a COO role. By then Covid was raging in India, however, preventing him from obtaining hard copies of crucial employment documents from his former India-based employer that the new company required. Although the offer fell through, Alhassan was buoyed to see his job-hunting efforts beginning to fruit.

After that, another company, a start-up that provides online car service that sought to break into the Saudi market, began to court Alhassan for a role as a regional manager.

The opportunity that most excited Alhassan, however, was one in the government sector that Alhassan had been nurturing for over a year. In March 2020, a friend and former colleague had broached Alhassan about his interest in doing work for Vision 2030, a major strategic framework of the Saudi government to diversify its economy and develop investment projects in Saudi Arabia.

“I’ve had a long-standing interest in participating in Vision 2030. The job my friend was proposing to me would be a director-level position helping to attract investments to Saudi Arabia. It would be a big deal,” said Alhassan.

Alhassan had an initial interview for the role, but his hopes were thwarted when Covid cases soared and hiring shut down as a result. Alhassan’s friend suggested they reconnect in a year. They did, at which point his friend started promoting Alhassan’s candidacy from the inside.

“Two weeks later I got a call from HR for a preliminary interview. More interviews followed and they collected my salary history and other documents. Finally, I received a verbal offer.” The offer turned out to be much lower than what Alhassan had hoped. Public sector jobs are typically lower paying than private sector jobs, but, even so, Alhassan was dismayed. His first instinct was to come back with a strong defense for a better offer, but his career consultant offered him counsel that helped him navigate the situation perfectly.

“Isabelita told me not to play hard ball because, without a job, I’m in a vulnerable position. She advised me to play it nicely – to tell them that the offer is much lower than my former salary, that it would be a big hit to me, and I would be very thankful if they could meet me in the middle. Isabelita was with me step-by-step.”

To his delight, the strategy worked. The hiring manager met Alhassan’s proposed number exactly. In addition, Alhassan came to appreciate more fully the significant value of the non-salary perks. The new position offers challenge, job stability, regular salary increases, tuition payments for his children, and, of course, the opportunity to participate in Vision 2030.

“I was even able to design the compensation package with him!” said Alhassan.

Working in the government sector will be a different experience from the private sector, where Alhassan spent nearly 20 years, but he feels this new opportunity is perfect for his current needs.

“I feel like working on Vision 2030 is the right thing for me to do right now. And if I want to change jobs in the future, I now have the right tools to hunt for the right job. If you take the TBG Program very seriously, you acquire the know-how to do a job hunt very effectively on your own later. I tell people it’s a little like college – but for C-level jobs!”