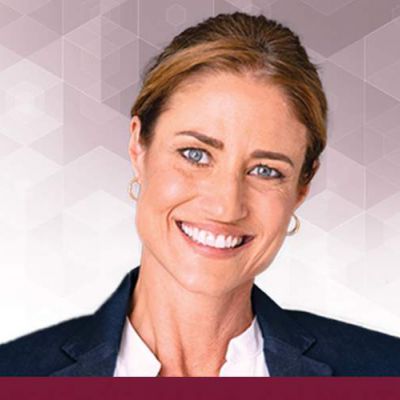 Client: Agata Lewandowska was head of administration and facility management at the Polish affiliate of a multinational engineering and technology company.

Challenge: When her husband was offered a job in Geneva, Agata quit her own job in Warsaw and looked for a new one in Switzerland, but job hunting was challenging in another country.

Process: Agata revised her CV and LinkedIn profile and worked hard to develop a network of contacts in Geneva where she knew no one.

Landing: Within about three months, Agata was offered a position as an operational efficiency consultant at a major non-governmental organization with a much better compensation package than she’d expected.

Study: Agata Lewandowska was head of administration and facility manager at the Polish affiliate of a multinational engineering and technology company in Warsaw. She loved her job and was highly valued by the company for her skill in optimizing processes and creating efficiencies. However, she and her husband hankered for adventure, and they knew that they were unlikely to come by it unless they actively took steps to make it happen.

“I adored working at my company, but we wanted a change. Our life was very comfortable, but if you don’t consciously change things, you could do the same thing for your whole life,” said Agata. “So, my husband took a job in Switzerland, and we moved to Geneva.”

The move was good timing for Agata who was pursuing an MBA at the time and was stretched thin by the demands of her intensive academic load on top of work and family responsibilities. She left her job and spent her first year in Switzerland concentrating on completing her degree. Although she welcomed the relative break it afforded her, Agata’s new normal required her to fly back to Warsaw each weekend for classes and exams and left her no time to develop relationships in Switzerland. As soon as she graduated, Agata was eager to get back to work. She had been out of the workforce for 10 months, by that point, but figured that having an MBA would open new doors for her. She underestimated the hurdles she would encounter, however.

Agata was industry-agnostic, which should have made her job search easier, but no matter how many jobs she applied to, no matter how well she fit an advertised position, her search went nowhere.

“I updated my CV and applied for numerous positions, but I got no responses at all. Nothing. It was like I was sending applications into the depths of the universe,” said Agata. “Many people told me I should forget about my experience and apply for junior roles, but I didn’t want to take a huge step back in my career. After three months, I knew I needed help.”

“I had a list of top-level headhunters from my MBA program, but I didn’t want a headhunter. I wanted a job. Headhunters just try to fit people into jobs that are available. I wanted an organization with a different approach. The Barrett Group was the only company of this kind that I found.”

Agata started the Clarity program in December and valued the confirmation it gave her of her strengths and attributes.

“I have undergone lots of training and development programs, so I wasn’t surprised by the outcomes of the Clarity assessments, but after being out of work for so long I had started to doubt the value that I offer employers,” said Agata. “Clarity not only affirmed that, but also it gave me a good idea of how to leverage my strengths and discuss my weaknesses in a realistic and positive way.”

In the next phase of TBG’s program, Agata worked with her coach to revise her CV, her motivation letter, and her LinkedIn profile. At the same time, her coach gave her exercises to begin building her network.

“It felt like the revision of my documents took a long time, but I realized later that it was designed that way to give me time to do the networking exercises. I had little experience with that, and I had very few contacts at all in Switzerland – 95% of my network was in Poland,” said Agata.

Agata’s coach, Rebeca Gelencser, had her start by reaching out to contacts in Poland to get used to the process. Then she showed her how to reach out to people in Switzerland.

“I didn’t have a lot of confidence at that point, but Rebeca was so supportive of me. She seemed more confident in me than I was in myself!” said Agata.

As Agata developed her network, Rebeca showed her how best to communicate her skills.

“After about a month, I could see things starting to roll. I would talk to someone, who gave me the contact information of someone else. It was a really precious exercise,” said Agata. “To be honest, I never got to the point where I felt entirely comfortable with it because then I found a job!”

Agata’s coach learned of a great opportunity and brought it to Agata’s attention.

“Rebeca saw a position for process optimization at a major non-governmental funding organization and connected me with the recruiter. This was the first job I applied to for which I felt my skills matched 100% and which also matched my requirements. It seemed perfect for me.”

After submitting a CV, Agata was invited to interview and take an assessment. She was delighted when the recruiter then invited her to apply for a second position in a different department.

“I was pursuing opportunities in two different departments. I finally got an offer from the first one, which I preferred. The offer was way higher than I expected, and I accepted it without waiting to hear about the second position.”

Agata is delighted to be back to work and in a role that offers challenge commensurate with her experience. The uniqueness of her success isn’t lost on her.

“It’s really hard to get a job if you arrive unemployed in a country where you have no network. All the immigrants I know in Switzerland said it was inevitable that I would have to take a lower-level position.”

Agata credits The Barrett Group program, and especially her coach, for helping her to forge a new path.

“I used to wonder who on earth would pay for a coach. I felt that I could always motivate myself – but that isn’t always the case. I often felt so discouraged. But Rebeca gave me strength and optimism after every conversation. She made me feel that I could do it,” said Agata. “The Barrett Group was so valuable because it offered me a different approach. I’m not yet comfortable with networking, but I’m sold on the process, and I’m going to keep working at it.”