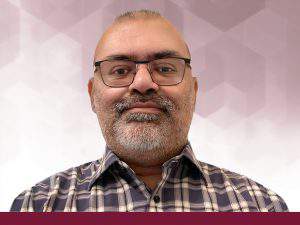 Client: Vijay Sardeshpande was director of global IT business excellence for a large, private provider of healthcare for patients with cancer and cardiovascular disease.

Challenge: Vijay was a contract employee and when he began job seeking near the end of his contract, his efforts yielded frustratingly slow progress.

Process: Vijay enhanced his appeal with hiring managers by polishing his brand – from resume to LinkedIn – and improving his overall job search skills.

Landing: A referral from a former colleague helped Vijay land a role as director of process excellence with a multinational company that provides property management software, and new negotiation techniques boosted his initial offer by $20K.

Study: Vijay Sardeshpande was director of global IT business excellence for a large, private health care provider that specializes in treating patients with cancer and cardiovascular disease. In his role, Vijay developed global business processes for large transformation implementations and led a group of business analysts in launching new software system initiatives.

Vijay was a contractor and came to his position thanks to the referral of a former colleague who ended up becoming his manager. He enjoyed his role and hoped it would go full-time. Due to budget concerns, however, that didn’t happen, and Vijay began job seeking a few months before his contract was to end.

He updated his LinkedIn profile, talked to people in his network, and started submitting job applications for interesting job openings. Vijay targeted director-level roles similar to those he had had in the past: business excellence, process excellence, supply chain, and operations. He was indifferent to industry and company size. His search was purposely broad. Nevertheless, progress was sluggish.

“I sent 40-50 applications per week. I got a couple of interviews, but the feedback loop was slow. An interview at the end of April was for a job that I applied to in early February. I was getting frustrated,” said Vijay. “I actually appreciated the rejection letters I got because at least I knew where my application stood, rather than floating around in the ether.”

Vijay started to consider professional help in his job search. When a close friend recommended The Barrett Group (TBG), he made the jump.

“I started with the Clarity Program, which was good. My coach, Julie Holifield, had me do the DISC profile. I have taken a lot of personal assessment tests before, but I’ve never taken one like that. I learned a different side of myself,” said Vijay. “What was interesting is that it shows how you adjust your natural behavior depending on whether you are at home or at work. I found the results surprising at first, but my wife helped me see how they made sense.”

Vijay also found his Clarity experience eye-opening because it demonstrated to him how his values and priorities had evolved from 10 years earlier. But it also confirmed that he was pursuing the right job function and that he was right to be targeting a variety of companies and industries. After two weeks, he moved to the next phase of the TBG program.

“I really liked working with Barbara Limmer, my career consultant. She coached me through the whole job search process from beginning to end,” said Vijay.

The first thing they tackled was Vijay’s resume.

“The resume change was very helpful. It reads much better, and it’s easier to adjust to whatever role I’m applying,” said Vijay. “Even though I had paid someone to redo my resume before I hired TBG, I like this one better. The team made it look like an executive’s resume. I have even gotten compliments on it!”

Next, Vijay learned how to write a good cover letter and when to follow up after applying for a role or doing an interview. He found the lessons on how to use LinkedIn effectively and how to handle third-party recruiters super helpful. He also worked on bettering his interview skills.

“When I told Barbara that I don’t much care about geographic location or industry, she cautioned me against playing that up in interviews. Employers care about their industries and might be turned off if they think I am not committed to their industry, too. I think that may have hindered my job search previously.”

Vijay’s biggest challenge in the TBG program was the exercise Barbara gave him to expand his social capital. But Barbara talked him through how to make it easier.

“I felt awkward reaching out to people. I’m not the greatest at expressing myself through words. But Barbara assured me that is normal and that I will get more comfortable and confident with practice. She coached me on what to say, what not to say, and to focus on how we can mutually benefit each other. It’s a much better approach. I really needed help with that, and I did get better at it. Barbara helped a lot.”

Overall, Vijay found great value in everything the program covered.

“Barbara helped me tweak all the ways that I could make my job search better. She was a great sounding board. She walked the path with me and had my best interests at heart. Barbara worked on everything. That is exactly what I needed. That is what coaching is all about – to make yourself better.”

Vijay saw his job search results improve while working with Barbara. He got more interviews, better feedback from those interviews, and more feedback from third-party recruiters. Within two months, Vijay was offered a position as director of process excellence at a multinational company that provides property management software for various real estate applications. He credits a referral from the same former colleague as before for opening the door to the opportunity and facilitating the hiring process.

“My former colleague knew the hiring manager at the new company and advocated for me. She put me in touch with the hiring manager directly, which actually enabled me to skip a few steps in the typical hiring process. The same day that I met with the senior VP, they made me an offer.”

When it came to negotiating that offer, Vijay surprised himself with how easily his TBG training paid for itself – and then some.

“I have flubbed compensation negotiations in the past, but this time I was prepared! Barbara told me about several different ways to approach them. She said, ‘If they say this, you can say that.’ Just by following what Barbara coached me to say, I got an additional $20K!”

Vijay is excited to have joined a great company with a great team doing what he enjoys most.

“What TBG offered me was great,” said Vijay. “It was money well spent and I’m definitely happy.”