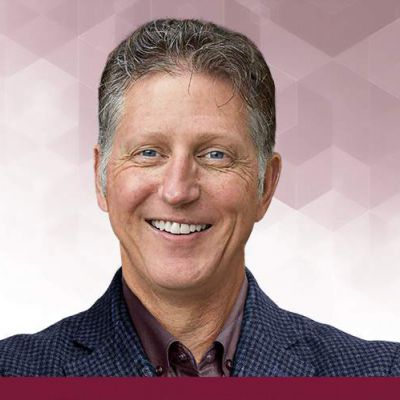 Challenge: A year after starting a coaching business, Ray realized that coaching didn’t interest him nearly as much as hands-on marketing and growing companies, but he struggled in finding a new job.

Process: Ray learned that showcasing the talents that meet specific needs of a company, versus advertising the breadth of his talents, is a much more effective strategy in a job search.

Study: Ray White spent over a decade of his career overseeing operations, performance, and marketing at a multinational digital marketing company before giving rein to his entrepreneurial side. In his first venture, he created, co-launched, and developed a mental health and wellness app for large businesses. His passion for emotional health also prompted him to start a business consulting firm focused on coaching companies to improve organizational performance by reducing personal stress.

Ray’s work with his largest client went exceedingly well. In addition to executive coaching, Ray shouldered the company’s marketing responsibilities, as they lacked a leader. Marketing wasn’t what he was initially hired to do, but Ray loved it. When the company fell on hard times some months later, it terminated Ray’s contract. Ray realized then how much he liked having a hands-on role in growing a company.

“Losing that client was a major decision point,” said Ray. “I enjoyed being a coach, but it was not as fulfilling as the marketing aspect of the business and working with a team. I talked to my business partner and, ultimately, decided to pass my clients to him and seek a role at a marketing agency.”

It didn’t go well. Ray looked for jobs on LinkedIn and reached out to people in his network with few results.

“I stumbled across one or two interviews, but they weren’t what I was looking for. I didn’t have any other good leads, either,” said Ray. “It’s funny because I’m a marketing guy and you’d think I’d be better at marketing myself. But I’d never had to look for a job before, so I wasn’t any good at it.”

Having heard of The Barrett Group (TBG) from a friend, Ray resolved to engage the company for career management help if he was unsuccessful in landing a job on his own. Soon after, that’s exactly what he did.

“Getting coached was refreshing! It was the first time for me, and it felt good to be the person who was learning,” said Ray. “I started by meeting with Marsha Foster in the Clarity Program. She was awesome! She took me step-by-step through an examination of myself, making me think about me and what I want to do.”

Ray decided that he wanted a job where he could continue to coach as well as have input into the growth and strategy of that company – and it had to be a growth company, either in Dallas or full-remote. He targeted four industries.

“Marsha’s coaching gave me a good foundation for my job search. Working with her made me feel like I was on the right path,” said Ray.

Ray saw even greater benefit from the next part of TBG’s Program.

“Barbara Limmer was my career consultant,” said Ray. “She provided a lot of really good information – content, training, and clear steps. She didn’t just say, ‘Go do this.’ She said, ‘Here are all the pieces to the steps you need to take. Here are the challenges you will encounter, the steps on how to get through them, and the plan for what to do next.”

Such counsel proved helpful for the toughest element of the program for Ray – building social capital.

“I have always been someone that people come to for help, so it was very hard for me to ask for it,” said Ray. “The TBG angle, of course, is NOT to ask for help, rather to offer support to others or just connect with them. It took a while to get my head wrapped around it, but it got easier. Barbara pushed me through it, and it was rewarding.”

What turned out to be the most valuable aspect of Ray’s career campaign was re-branding himself. He began by rewriting his resume with the help of the TBG writing team, understanding that he would adapt his resume to every opportunity. He and Barbara also discussed the use of applicant tracking systems (ATS) in screening resumes.

“I knew of ATS, but I was completely unaware of how big an influence it has in the hiring process and how strict the filters can be,” said Ray. “I thought my new resume turned out great. It was a big change from before.”

Ray also learned how to create an effective LinkedIn profile.

“I was really active on LinkedIn before, but I haphazardly threw stuff out there, not understanding the impact it had on recruiters. I didn’t view it as a means to match me to a job. I had many different professional experiences, and my LinkedIn profile did a HORRIBLE job of matching me to marketing jobs. I was an author, I had my own business, and I had lots of different titles. No one would look at my profile and think that I wanted to be a VP of marketing.”

With Barbara’s help, Ray reworked everything to brand himself as a VP of marketing. That included interview practice.

“During one interview, I spoke in great detail about my experience because I wanted them to know how broad my background was. What I learned from Barbara is that I should tell them only about talents that relate to the job description – be very specific in my responses to what they need. I found that to be surprising, but it made all the difference. The next interview went much better!”

Before long, Ray was getting about two interviews per week. He ended up in the final stages of three leadership opportunities at small- to medium-sized digital marketing agencies. His preferred role, at an eye care agency, involved a rigorous hiring process with eight interviews for which Barbara prepped him well. His efforts paid off. Ray was offered the role of VP of marketing operations in a brand-new industry at the maximum compensation range.

“The company is a leading, 40-person, marketing agency, and I’ll oversee both marketing and operations. I’m the first executive hire for this company. It is a great niche in a high growth company and it’s an excellent fit. I already love it!”

Ray is especially delighted to have landed so quickly.

“I thought it would take me 12 months to find a job, but it took only three or four. Landing even a month earlier than 12 months would have made investing in TBG worth it, so landing this quickly was fantastic.”

Reflecting on his quick success, Ray credits TBG and his coaches for showing him how to navigate the employment market and how best to demonstrate the benefits he offers an employer.

“Looking for a job is scary. I’ve done well in my career and thought I was on a very clear path. Then, suddenly, I realized I was going to have to take a different path. Having executive coaches helped me do that.”
2022 © The Barrett Group | Privacy Policy (US) | Cookie Policy (US) | Disclaimer