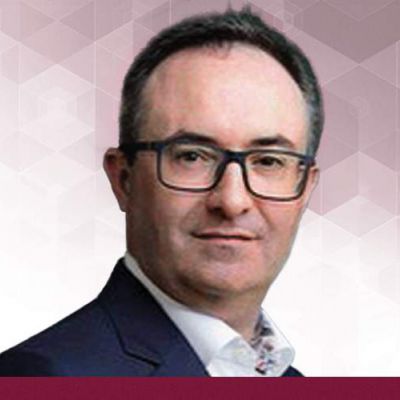 Challenge: Not long after Ray relocated to Dubai, his company announced a merger that would shutter his office, forcing Ray to rethink his long-term career goals.

Process: After deciding to make a bold shift in job function and to live in a specific geography, Ray leveraged his network of contacts to help him achieve his goals.

Landing: Within four months, Ray was offered the position of general manager of fleet management of another large airline in his target geography – a transformative pivot in his career.

Study: Ray Cleary was vice president of risk management, transaction underwriting, and portfolio management for a large airline leasing and financing company. Located in Dubai, Ray oversaw a $2 billion portfolio in Russia, Turkey, CIS, and the Middle East region. He had assumed the position a year earlier, transferring within his company after eight-years doing similar work in a different region and market.

Two years after Ray moved to Dubai, however, his company announced a merger that would result in the closure of his office. It triggered Ray to reflect on his career goals – specifically, the kind of work he wanted to do and where to do it – and whether those goals aligned with the prospects available to him in his soon-to-be merged company.

Ray wasn’t ready to leave the Middle East, however, his time to make new contacts in the region had been short-lived, then stymied by the pandemic, such that he had few good work options there. So, he hired The Barrett Group to help him source opportunities.

Ray began his TBG experience with the Clarity program. To his surprise, it was life changing. In addition to confirming that he wanted to pursue employment in the Middle East, he realized that he wanted to redirect his career.

“The counseling process pushed me to deeply consider what I value in life,” said Ray. “I was at a stage in my career that I wanted to move away from risk management and the transaction writing piece of the airline industry and move towards a commercial role, like fleet and relationship management. Clarity crystalized for me that I had two options: I could stay comfortable and continue to do what I was doing – but somewhere else, or I could step out of my comfort zone and achieve what I wanted to achieve.”

Other pieces of the Clarity Program that Ray found very valuable were seeing his “strengths and shortcomings” in a structured report, learning what triggers him, and learning how to manage different personality types to get the results he needs.

“I found that really useful,” said Ray. “I came to understand what I want, what my flashpoints are, and how to navigate various situations and conversations. It really helped me when it came time to interview with the person I work for now.”

In the next phase of his TBG program, Ray worked on his personal branding campaign. He was delighted with the changes the TBG team made to his CV and LinkedIn profile, and his consultant coached him on how to pivot from talking about hard skills to talking about how he could add value to an organization.

“Isabelita really brought value to the program. She was a great sounding board, and everything was prepped before I went to the market to look for a job,” said Ray. “Isabelita then challenged me to reach out to lots of people and follow up on various opportunities.”

Ray came to realize that his network of contacts is like an ecosystem.

“I hadn’t kept up my LinkedIn connections, so Isabelita had me doing searches, finding second and third level connections, then sending them a message. The success rate of my effort to connect with someone turning into an exchange was remarkably high.”

That ecosystem turned out to be Ray’s golden ticket to his dream job.

Ray first came to know about the position that he ultimately landed thanks to the thesis supervisor of the executive MBA program that Ray was pursuing, who had seen the job posting in LinkedIn. By coincidence, one of the people on the adjudication panel for a group MBA project Ray was working on was also a senior member of the consultancy firm that had advertised the job opening. Ray later discovered that a former boss of his now worked at that consultancy firm, too.

“Lo and behold, the connections from past, future, and current were all involved in this role coming together. The need to maintain a good network was evident to me!”

Ray was thrilled to find such a great job opportunity, however, he still had to prove himself in the interview process. As it turned out, it all hinged on a 90-minute phone conversation.

One Saturday morning in early July Ray connected with the hiring manager for the position, who asked whether he was available for a group interview later that evening. He was. The evening interview turned out to be intense but, essentially, all it took for Ray to secure the position. Despite the challenge, Ray felt fully prepared.

“I faced off with four to five people on the call. It was a tough 90 minutes! I had to think on my feet, and the whole process brought home to me that you need to be well-prepared when a good opportunity comes to you,” said Ray.

Ray credits The Barrett Group for his successful performance in that interview.

“There was a significant amount of work that I put in during the three months leading up to that interview. From reflecting on what I wanted to do, to recognizing my skills, to building up contacts – I was prepped for that interview. That is due to The Barrett Group, no question about it!”

When Ray received the initial job offer, his career consultant provided critical assistance in the compensation negotiations, resulting in a much more attractive package.

“This is where TBG really earned its fee. Thanks to Isabelita, I was able to understand quickly what should be in the package and, so, negotiate a better one,” said Ray.

Three weeks in, Ray is thrilled with his new job.

“I am quite happy! This has been a very smooth process for what has been a very significant life event. I foresee growth on so many levels – and it’s all thanks to TBG for preparing me for it. As for my new role – it will truly transform my career. Whether I spend four or six years doing it, my career now goes on a different road from where it was headed before.”
2022 © The Barrett Group | Privacy Policy (US) | Cookie Policy (US) | Disclaimer