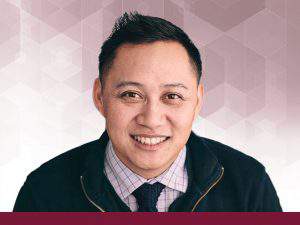 Client: Paul Cabellon was senior manager of corporate communications for a privately funded organization with a mission to invent technologies that solve some of the world’s most challenging problems.

Challenge: Paul spent nearly 10 months job seeking after circumstances forced his employer to shutter operations, but he found himself coming in second place with every job opportunity he pursued.

Process: Through the Clarity Program, Paul was inspired to embrace the extraordinary and unconventional aspects of his career in his job search instead of conforming to traditional expectations of job candidates.

Landing: Paul landed an exciting offer within about a week of finishing the Clarity Program and, emboldened by his experience, negotiated a significant hike in compensation from his new employer.

Study: Paul Cabellon was senior manager of corporate communications for a humanitarian, private equity fund with a bold mission to invent technologies that solve some of the world’s most challenging problems, such as Ebola, malaria, and cold chain management for vaccines. Many inventions, including a mosquito zapping laser, bordered on the fantastic because they were created by some of the world’s smartest people who were given free rein to pursue their wildest ideas for the sake of saving lives. Paul’s role was to lead all branding and publicity for the organization – media relations, advanced technology and product launches, crisis management, VIP and celebrity engagement and more…and he loved it!

The organization was unfortunately closed in September 2020, and Paul found himself in the job market. With a career as rich and exciting as his had been, he never anticipated the trouble he would have in landing a new job.

“I took a deep breath because of the pandemic and started job searching. I was pretty aggressive, but the story of my job hunt is that I always came up in second place,” said Paul.

Paul felt that he was doing all the right things. He sent out dozens of resumes to large companies where he had close contacts. He estimates that 75% of his introductions were networked, and he found it easy to get in the door and line up interviews. But his efforts weren’t yielding job offers.

“I eventually got some feedback from a recruiter that made me realize that I needed help in my job search. He said, ‘Paul, you are clearly the person who would take the company brand and communications to another level, but your approach would probably be too innovative for the average marketing team. Most companies are designing the next fly swatter, and you’re talking about mosquito lasers.’ I felt helpless,” said Paul.

“I wanted an expert’s perspective on the situation. I knew I was missing something, and I was ready to do the work to figure out my problem,” said Paul.

The Clarity Program was eye-opening for Paul. Working with his coach, Lisa Levesque, he began for the first time in his career probing the question of where he would fit best.

“I’ve had coaches before, but they’ve always tried to change me to conform to the picture of what employers want. Lisa, however, encouraged me to embrace the distinctions in my career and to feel free, frankly, to show them off.”

“The value of the TBG program outweighed the cost in the first three days! Through Clarity, I recognized that I want a job in which I can have higher altitude conversations about vision, depth, architecting, and ‘What is the 5- and 7-year outlook for this company?’. That goal, alone, eliminated half of the positions that I applied for,” said Paul.

“There were at least two moments where I teared up because Lisa helped me admit against some of my own doubts that I have an amazing background. Yes, I have managed communications around plane crashes, bioterrorism attacks, nuclear disasters, and executive indiscretions. Yes, I do have a strong rolodex. And yes, I should flex that distinction,” he said.

Lisa coached Paul to target jobs that were in the unpublished market where job descriptions are less defined and where Paul would have more latitude to shape a role to his strengths.

To his surprise, within a week of completing Clarity, Paul had a job offer to be the communications director of a small, rapidly growing, pre-IPO startup in the geospatial intelligence industry.

The opportunity stemmed from ‘irons in the fire’ prior to hiring The Barrett Group (and, ironically, came to Paul’s attention through a job posting), but Paul credits TBG both for helping him get the offer after he applied and for negotiating a considerably better compensation package.

“When the recruiter asked me to explain why I’d been unemployed for so long, a streak of boldness came out of me, thanks to TBG. I told her, ‘Everyone is looking for a normal, status quo, person. That’s not me. I’m the one who will take the brand to the next level. If your company launches rockets with your satellites on them and they crash, can your other candidates handle that? If you are looking for a truly innovative communicator, I am the guy you want.’ It’s because of Clarity that I could say that,” said Paul.

Paul knew he was taking a big risk to respond that way, but he didn’t want to waste anyone’s time. And it paid off. Over the next week, with the help of career consultant, Jerry Fronczak, he participated in multiple rounds of interviews, culminating with several members of the C-suite.

“I was meeting with all these very visionary people – who all had a different view of what they wanted from the new communications director. Jerry helped me think deeply about my broader conversational architecture for those discussions.”

When the initial offer came in much lower than Paul had hoped, Jerry helped Paul outline how to negotiate a compensation that better reflected the value that Paul felt he brought to the table. The final offer was more than 30% higher than the original.

Paul is thrilled to be part of his new team. He thinks the culture is great and he is excited to help build the company. Meanwhile, his Clarity experience continues to inform the conversations and interactions he has at his new job.

“Every week there is a flashback from my coaching where I’m demonstrating a newfound diplomatic energy in my work. In a startup everyone seems to have opinions about how PR should be done. But I’ve done a good job bringing my peers and leaders along. That came from Clarity,” said Paul. “I really wish I had known about The Barrett Group in week 1 of my job search. If I ever transition again, Barrett will be a part of that transition. Period!”