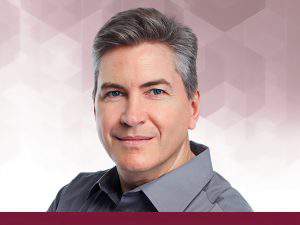 Client: Ned was general manager of a sustainability solution provider startup in the agricultural industry.

Challenge: When the startup he led shuttered during the pandemic, Ned embarked on a job search that stretched out much longer than he ever expected.

Process: Ned consistently came in second place during his job search for reasons he couldn’t identify until he did a deep dive with his coaching team about specific areas he should work on in interviews.

Study: When Ned’s employer, a manufacturer of adjuvants for the agricultural industry, decided to commercialize a new-to-the-world technology in 2019, it funded a spinoff to launch the product. Ned, director of marketing for the parent company, spearheaded the effort and applied, and was selected, for the role of general manager for the new startup. He built and led a small team, engaged with growers and brands, created demand, and expanded sales to 12 countries. They hit several key metrics, but the pandemic stymied sales in 2020, and the company folded.

“I put in a year and a half, but Covid was one of the main reasons that impeded the success of that product. We weren’t able to engage with customers face-to-face, which created problems,” said Ned. “The parent company didn’t want to support it anymore.”

Returning to the parent company was no longer financially attractive to Ned, so he began job seeking. He had a varied background, having worked in marketing on both the consumer-side as well as B2B, for public as well as private companies. Ned also had prior experience launching new technologies, so he felt optimistic about his prospects. He talked to his connections and headhunters and pursued some unique opportunities. After a few months, Ned took a contract position for a PC gaming peripherals company with potential to go full-time. It didn’t go well.

“I worked there for three months, but I knew after three weeks that it wouldn’t be a good fit,” said Ned.

After his contract job ended Ned pursued some other opportunities but, when nothing worked out, he decided to get professional help.

“I had been using headhunters, but they don’t work on my behalf. They work on behalf of their corporate clients,” said Ned. “I wanted to find someone who would champion me. I needed to make an investment in myself.”

Ned engaged The Barrett Group (TBG) and began working through the elements of the Clarity Program with Justin Helman, his coach.

“I was very happy with it and I liked the structure. I reviewed various documents, filled out very detailed information about myself, and took some tests. Clarity gave me an opportunity to evaluate myself in a ‘this-is-your-life’ moment and consider where I want to go. I have a diverse background, and Clarity grounded me. So, I decided I like small to midsize companies. I also realized that I’m happy to market any kind of product as long as it is not a commodity, is higher quality, and is something that is differentiated in the market.”

After the Clarity Program, Ned was paired up with career consultant, George Schulz. Ned found him to be a good partner, and they soon realized, to their surprise, that their lives had previously overlapped.

“I had met George before. We have some common friends,” said Ned. “George has a natural gift to make you feel comfortable. He is very creative and thoughtful, and I always looked forward to talking to him. I always got something out of it. He comes prepared and is always available. And if you seem to be going down a wrong path, he makes you take a step back and think.”

Ned valued working through the program with George.

“First, we worked on my resume. It’s always a good investment to have a professional re-write it. TBG made some good enhancements. Then we worked through LinkedIn. I used LinkedIn a lot in my prior job, so I was already well-versed with it for finding sales opportunities. But I learned a lot from George about how to use LinkedIn to find job opportunities,” said Ned.

When it came to building social capital, Ned learned to expand outside his comfort zone.

“I am used to networking, but within my immediate social circles. George made me feel more comfortable pushing a few degrees outside of that – for example, with people from my alma mater. I was reluctant to call someone who might disregard me, but George convinced me that, if so, that person just isn’t the right person to find a job through. But you never know. He said, ‘Don’t be embarrassed. If you hold back on reaching out, you may be missing opportunities.’ George helped build my confidence lot in networking.”

As part of Ned’s overall market access campaign, George helped Ned connect with hundreds of recruiters, some of whom turned out to be good connections. Ned scored several interviews and, as his job-seeking efforts picked up steam, he relied less on George to prepare for them. But then he noticed a frustrating pattern. He consistently came in second in the hiring process.

“I had seven or eight “silver medals” in my job search. I never got the gold. Invariably, someone had more years of experience than I did, or the hiring manager liked me, but the CEO had a different vision of who should occupy the role. At one point, I was closing in on three different job opportunities and felt that I didn’t need the weekly calls with George as I prepared for the interviews. That was a mistake. All three jobs fell through, and I was back to ground zero.”

At that point, Ned re-engaged with George, who brought in a senior TBG consultant, Waffles Natusch, for a deep dive on Ned’s situation.

“The three of us sat down to talk and Waffles asked pointed questions. We drilled down to some areas to be mindful of during an interview. For example, I should listen more, answer questions more succinctly, and take care not to talk over people.”

“Those meetings were really helpful. I was pretty down on myself, but George kept me going,” said Ned.

The offer Ned accepted was a VP of business development position for another startup, this time a small software company offering digital billboard services for pro sports betting. It’s a newly created job in a newly created market for the company. Ned thanks his brother-in-law for making a key introduction.

“I don’t have experience in this field but, thanks to the skills I worked on with George, I felt confident and was able to portray myself in the best possible light.”

After working the TBG Program for 10 months, Ned was thrilled to have landed an exciting job at the right level, with great compensation and potential.

“A month and a half in, things are going pretty well! There were times where I felt in a rut during my job search, but regular engagement with George kept me energized and on path. That was the most helpful aspect of my job search experience.”